Our second visit to California is usually one of the highlights of the season, with everyone enjoying the atmosphere and ambiance of the Monterey Peninsula. The place is great, the people are friendly and the sun is usually shining without it being blindingly humid, unlike some of the places we visit. (Oliver is pictured below with his Race Engineer Chuck Houghton) 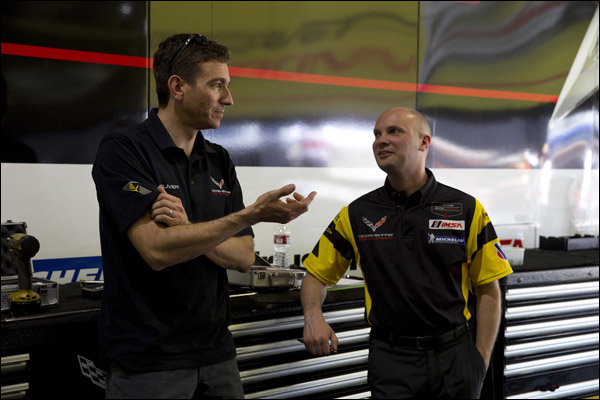 This year was a little different to normal though, as round 4 of the United Sportscar Championship was cut to a two-day meeting for us, with five different series all vying for track time on the notoriously tricky Mazda Raceway Laguna Seca.

Right from the outset it meant we were going to be really short on track time prior to our Prototypes/GTLM 2-hour race on Sunday afternoon and, worse still, all 55 cars from the four combined classes were going to have to practice together. I’m not sure how much of the two one-hour sessions we lost to red flags but it was too much for an international racing series with manufacturer entries at our level.

The Team Managers’ meeting, which normally lasts for about 15-20 minutes max went on for well over an hour and the word in the paddock was that none of the teams were really happy with IMSA about this. I don’t want to get too deep into the politics but such a lot of discontent this early into the new championship should be a message to someone somewhere.

Anyway, back to the track. In qualifying it was nice to get out there on track in our No.4 Corvette C7.R with only the GTLM cars. I didn’t have any trouble with traffic, or anything like that but I just didn’t get the most out of my tyres when I compare my lap to Antonio’s. I lost time in particular corners where I needed to commit a little bit more and should have got the rear of the car loaded up, using the tyre when it had maximum grip. 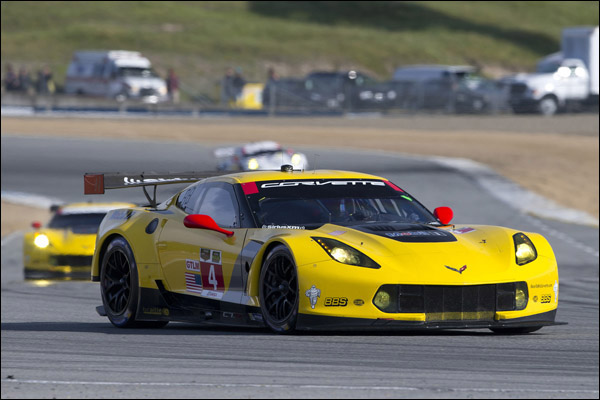 There were a couple of setup changes that needed to be made in the mix as well, but that’s the way it is when you only have two hours of track time. You take a stab at it and sometimes you hit it right and sometimes you don’t and, for whatever reason, we were working our rear tires just a bit harder than most other cars out there. At Laguna we got 4th on the grid while our sister car got pole position, great for the team but a bit frustrating for me and Tommy.

Tommy took the start and the order pretty much stayed as it had started in the top 4, with just Lietz getting past Edwards. We changed over at around the same time as all our other competitors and took a gamble on changing the compound of Michelins to try and make up some lost ground. Once all the pit stops had taken place we were running in a steady 5th place and I was beginning to pressure Nick Tandy in the Porsche. Unfortunately this was around the time there was a big drop off in tyre performance and the rear of the car started to snap away. With less than 30 minutes to go I lost the rear of the car into Turn 6 and ran through some sand so lost time there, and from then on to the flag the car seemed to be on a knife edge the whole time.

I knew Dirk Müller’s BMW was coming like no tomorrow and we were racing hard, but I wasn’t going to open the door to let him by. Dirk is fairly uncompromising in those situations and when he did make the move it was somewhat inevitable that we would touch and I got spun around, losing three places. It sort of summed up our day and our final finishing position of 5th was pretty frustrating – especially when we know that Corvette Racing has a car which is a race-winner. 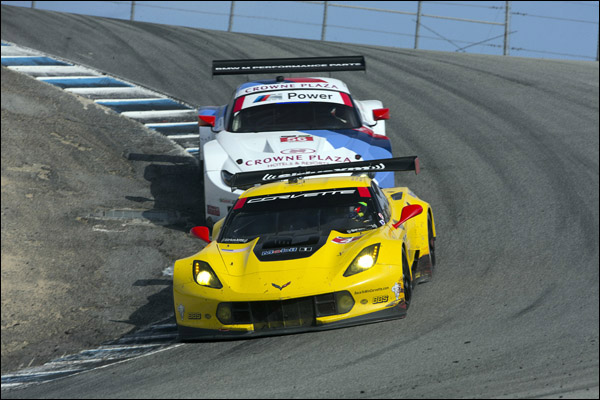 However, that’s part and parcel of racing and you have to learn to deal with the lows as well as the highs and work twice as hard to turn it all around. As someone reminded me, it may not have been the best start to our season but it’s not been nearly as bad as some other people’s – Memo Gidley and Gainsco being a good example. 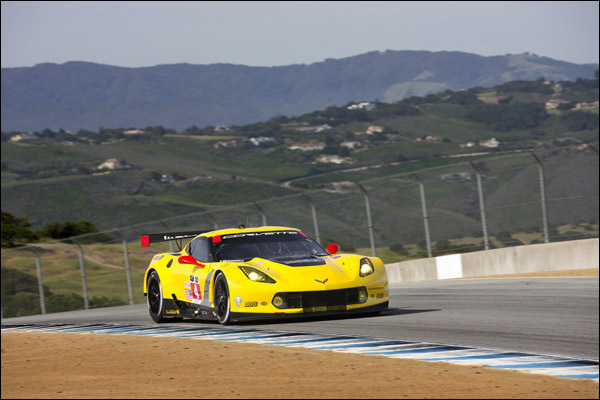 So it’s Control/Alt+Delete now to re-set and reboot everything before the big one – the 24 Hours of Le Mans. We are testing for a couple of days at Road America with Richard Westbrook joining me and Tommy so we’re all looking forward to that. It’s got to be our turn for some good luck hasn’t it?

See you in France!