So here we are. The 2014 Italian GT series is just a few hours away from kicking into a season that really no-one could have predicted. After 15-18 cars at best on the grid last year, suddenly we’re looking at a whopping 27 cars, in two classes, for Round 1 at Misano this weekend. 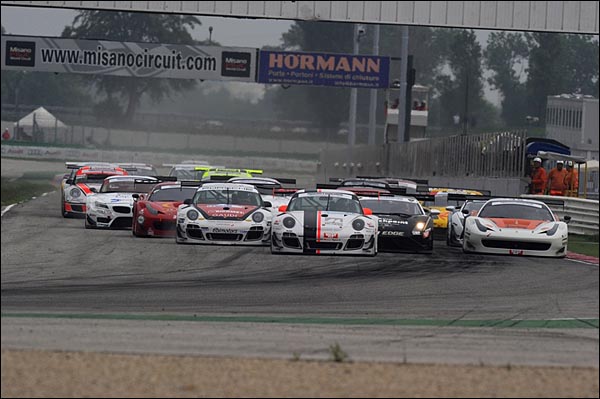 How has this happened, in a nation with several troubles in every area, and in which we were not expecting much at all from motorsport this year? Well, to be honest, we’re still trying to figure it out. This is not a grid full of older, slower, paying, Gentlemen drivers; instead we have real Pro drivers, like Alessandro Balzan, Fabio Babini, Mimmo Schiattarella, Dindo Capello, Marco Mapelli, Luigi Ferrara, Gianluca DeLorenzi, Giovanni Amati, Alvaro Barba, Matteo Malucelli, and so on and so on. the GT3 class will have 17 cars on the grid and even the previously almost-unnoticeable Cup class will have 10 cars with now some competition for the 911 Porsche, with a Ferrari 458 and a Lamborghini Gallardo. 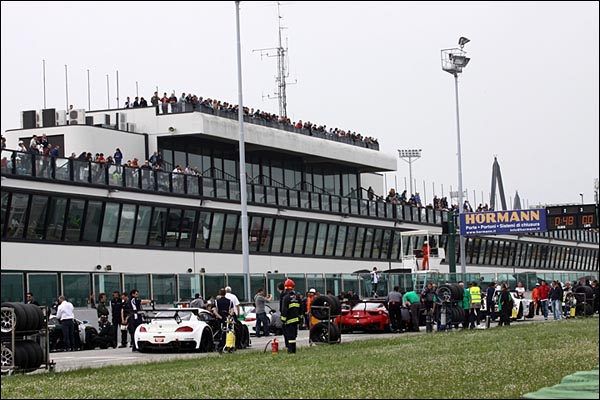 The latest BOP hasn’t changed the balance from last year, with Ferrari clearly the best performing car on the grid with top speed way above all the others and overall some good balance. Does that mean an easy Ferrari win this year? Maybe, but with which car? The opposition for sure won’t give up quickly as now perhaps after three years of trying the Audi R8 could be very well balanced, while the Porsche guys can count on a perfect war-machine car; and, with two rounds at Monza, that could be a happy hunting ground. The other, and welcome, returnee German marque, Mercedes, will be back with a vengeance. It may still be more than 130kg heavier than all the other cars, but will clearly be favourite at tracks like Mugello, Vallelunga and Imola

What about the “Vette boys”? With a fully up-to-date Z06 car and two very fast drivers in Kevin D’Amico and Roberto Benedetti, and with a stellar engine, there could be some victories around. And even the black beauty, the Lamborghini Gallardo, can play a part, especially with bad weather and hot conditions like in summer where the 4wd can only help the Imperiale Racing team.

Perhaps the most interesting factor this season could be, once again, the time penalties arising from podium finished. 15 seconds for a victory can easily cancel out any chance of a good result in the second race; with so many cars and so many fast drivers, recovering even a few seconds could be pretty impossible. 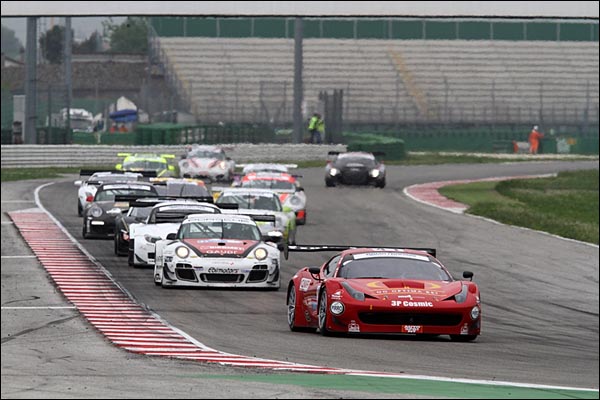 It appears that Italians can still pull surprising things out of the bag at the last minute after all.