25 of the 27 cars on the entry list for Round 1 of the Italian GT Championships took part in qualifying at Misano on Saturday, with the absentees being the third Autorlando Porsche (a non-racing-related injury to Maurizio Fratti sidelining him for the weekend) and the Cup class Ferrari…but a quarter of a century is not a bad start. 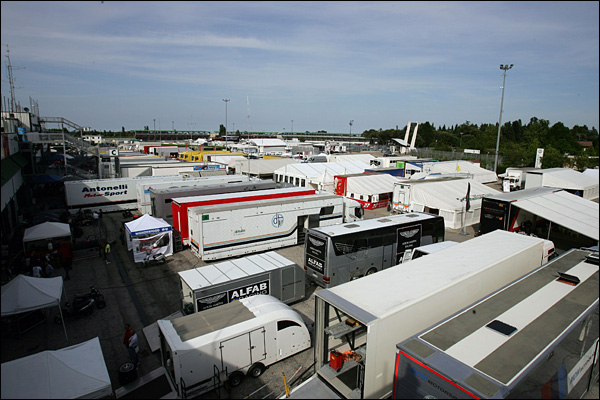 For the first race n Saturday night the pole went – with a big surprise – to the #6 Audi R8 of the young gun Marco Mapelli, with a time almost half of a second clear of anybody else. 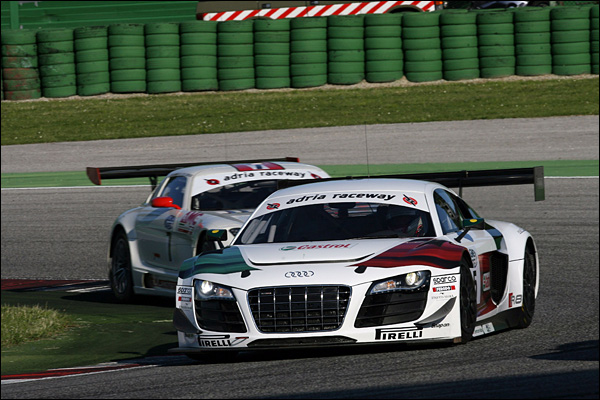 Another German-Italian combination completed the first row with another huge surprise with the #63 Lamborghini of Andrea Amici. Welcome to the big boys, kids! What about the favourites for the title? The second row was an all-Pro lineup of Alessandro Balzan and Fabio Babini in the #9 Mp1 Ferrari and #16 Autorlando Porsche, seven and nine tenths behind, while the third row was reserved by Raffaele Giammaria in the #27 Ferrari and Dindo Capello in the second Audi. The 2013 team champion, EbiMotors, was eighth with Vincenzo Donativi, while the biggest disappointment of qualifying were the V8 cars: the Corvette with Roberto Benedetti was only 14th, three and a half seconds down; while even worse was the return to racing of Giovanna Amati – 17th and behind the pole in the Cup class.

It was a different story for Race 2, with pole for Alessandro Pier Guidi in the #77 Scuderia Italia Ferrari, but again a very strong second place for the “angry bull” of Giacomo Barri. 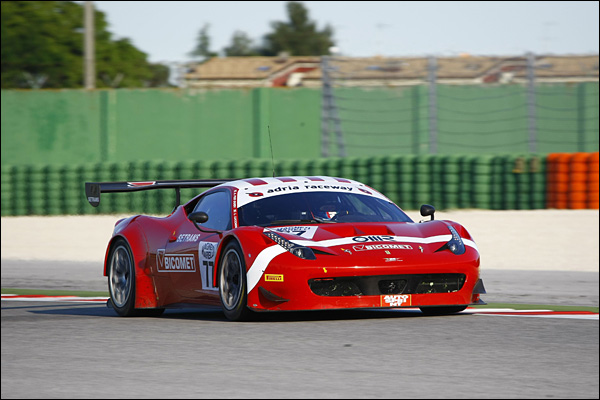 The second row was again all-Pro, with the two Ferraris of Luigi Ferrara and Matteo Malucelli, while the third row saw Andrea Gagliardini in the EbiMotors Porsche alongside Thomas Schoffler in the #6 Audi. A much better Q2 for Amati’s teammate Gianluca De Lorenzi resulted in ninth place for the #7 Mercedes SLS, a spot in front of the #5 Audi of Emanuele Zonzini. Kevin D’Amico in the Corvette was a long way down in 13th spot, while Nicola Benucci and Riccardo Bianco – Balzan’s and Babini’s teammates – were the last GT3s on the grid.

The Cup class saw two poles from the pro drivers of Christian Passuti and Mimmo Schiattarella, both in Porsches, but the “Latinos” Lamborghini was well up in both sessions. 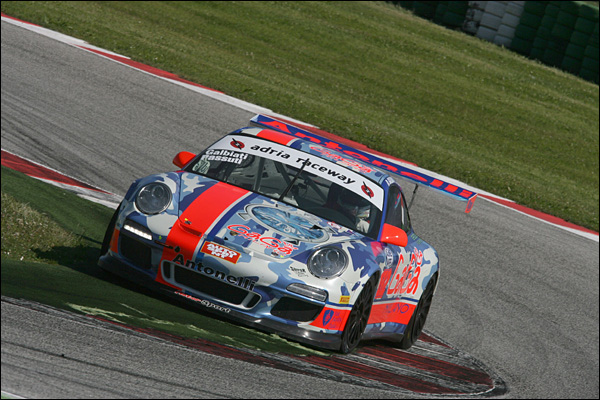 Predictions? I think even the British bookmakers would have difficulty figuring out any reasonably odds…it could be anybody on top: maybe Lamborghini, maybe Audi, a Porsche? Maybe the safest pick would be a Ferrari 458…but which? With no time penalties to be served in the first race, all that was left to do was sit back and enjoy the show.