40+ GT3 cars take to the Northampton based Silverstone GP circuit in what is regarded as the hardest GT Championship in the world. The team will compete in the hard fought Pro Am class of the Championship and the Scooby Doo branded Beechdean Aston Martin Vantage #107 should suit the fast flowing nature of 5.9 km Silverstone Arena layout. 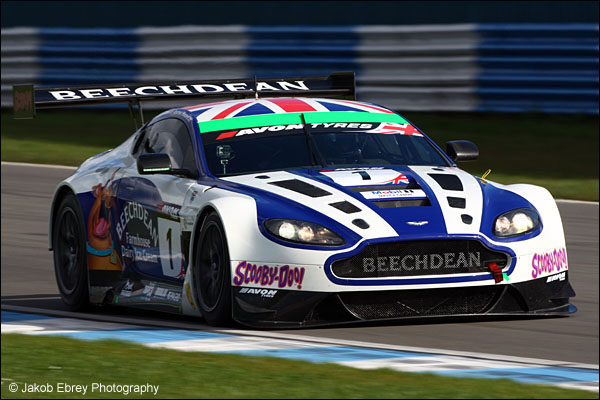 Team boss Andrew Howard “It’s great to be racing at Silverstone again and making a return to the Blancpain Endurance Series. I am delighted to be joined by two very fast and experienced drivers in Alex and Daniel. We are aiming for a solid finish and see how the Aston Martin Vantage performs around Silverstone”

Alex MacDowall “I can’t wait to continue the early days of my GT career. The Blancpain Endurance series has some classy driver line ups and strong teams. I’m confident that with the Beechdean Aston Martin Racing that we have a strong chance of a podium. I raced at Silverstone in the WEC so I know what I’m up against.

Daniel Lloyd “I’m really excited to complete my first race for Beechdean Aston Martin Racing. I’ve only had one test in the car at Rockingham but I felt comfortable after just a few laps. The team are great to work with so I can’t wait to get going.

The entry list for the three hour race at the home of British motorsport features 45 GT cars and the event will start at 14:55 on Sunday, with live coverage courtesy of Motors TV as well as streaming via the official Blancpain Endurance Series website channel.

For more information and news go to www.beechdeanmotorsport.co.uk