Racing is so often about contrasting emotions. At Imola on Sunday evening those two imposters of triumph and disaster were never more starkly emphasised than when I spoke to Simon Dolan and Christian Klien within an hour of the dramatic Imola 4 hours.

Both had driven superb races and both deserved to be soaked in champagne and taking the plaudits of their team, media and fans. Only one of them was justifiably able to do that however, while the other sat forlornly, staring in to space. 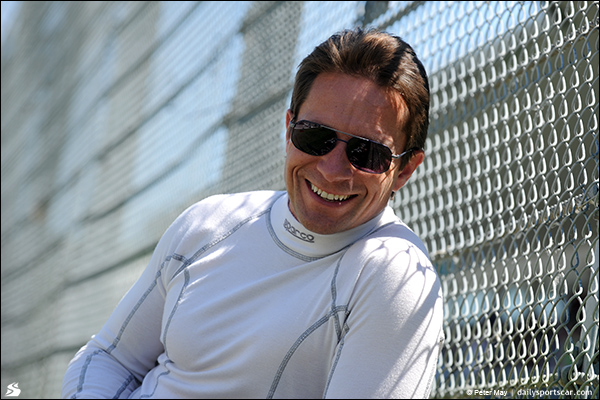 Simon, earlier in the race you ran slightly wide at Piratella and lost the lead. Then you slipped further down the order, the TV cameras missed it all, what happened?

“When I went wide at the left hander (Piratella) I must have got a lot of pick up on my tyres and then I went off at the bottom of the hill (Acque Minerale) and through the gravel. The tyres then just never came back as the pick up just seemed to bond to the tyres. It is a bad feeling because you are then just waiting until the pit stop.

“But we re-focused and part of our strategy was fuel saving, we knew that most people would have to do a splash at the end, so we were on lean (engine) maps and lifting off occasionally. This all started to come back to us because in Felipe’s stint he was terrific and he handed over to me in the lead.

“Then the bloody safety car comes out because the ‘sleeping policeman’ thing came off and rather than just pick the thing up under yellows they decided to mend it, which in my mind was not the right thing to do. Anyway, it ruined our strategy because it meant people didn’t have to do a splash and dash toward the end, something which we wouldn’t have to do because of the fuel saving.

“We were saving fuel from the start and it would have worked out beautifully for us. So I was a little despondent about that because I knew Klien was coming up to me quickly. I managed to hold him off for a while but he got through at the first chicane (Tamburello).

When Klien took you, it seemed you thought about closing the door for a second?

“Yes but you have to give some room. I saw him to the side of me. That is exactly what I was talking about at Silverstone with people not giving you room or looking properly. I could have just forced him off the track but I don’t do that sort of thing. I’ve had that done twice to me last season and you don’t have to do that at all really, it is not necessary. So, I gave him enough room without making it too easy for him.

“Just as I was settling in to second place mode I saw him up ahead slowing. I have to say that I was hoping against hope it was him, so I radioed through to the team and said: ‘I think Klien has problems and has stopped.’ After that I just coasted home which was such a nice feeling.

When that happens do you actually have some sympathy for the other guy?

“Christ no! I don’t think anyone felt too sorry for me when I went off at Silverstone, especially those that benefitted. It is just part of racing, we all know that. You are sad that it happens so late I suppose, that is a bit cruel really, but the initial and natural reaction of course is that you benefit from it and you take it, because you sure get more bad luck than good luck in this game.”

From a personal perspective do you see a change in your progress through slower traffic this season?

“Well it depends on the people really. I have just learnt more that there are some people who you can trust and others that you can’t trust. I don’t mean that in a derogatory sense but just in that some people make it fair and easy and others just on principle make it difficult and a little risky. I suppose that is their prerogative if they do that. As the race went on today I realised I could plan where I could take the more difficult ones.

“What I will say is that the straight-line speed of the GT cars is just crazy. The Ferraris in particular are just so fast. The race laps are not that far off the LMP2 cars and it actually creates a dangerous situation. When you have two or three GTs battling together you really have nowhere to go, you are immediately in the middle of it and can’t get through. The ingredients for a massive accident are all there because it creates a lot of uncertainty in both them and us. And you know it can so easily be avoided with a simple change, either they need to be slowed down or we get quicker. Something has to change on this. You just cannot have a GT car going 15kph quicker than an LMP2 on the straight, it’s crazy.

Christian, I’m not sure what to say to you?

“Don’t worry, I have just been swearing for the last hour! It helps!

“It was all very sudden, no warning or oil light. In the car I just had no oil pressure and it was all very sudden. The engine shut down and I had nothing. I switched to a different engine mode to switch off all the alarms and I did another couple of hundred metres but there was no response at all. Even on the data we saw nothing to give us any warning at all. 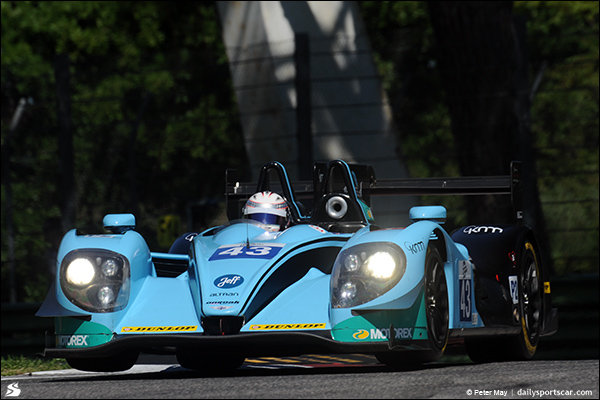 “I radioed through to the team and just said: ‘I have stopped, the engine is off. It took them a while to reply!

Up until that point everything seemed to be under control?

“Yes, I was controlling the pace easily and it was all looking sweet.

“Then it was unreal, just unreal. I thought I was in a nightmare actually. The race was great, we decided to double stint with the soft tyre which was a bit of a risk but we were happy with this strategy. I was just careful with heavy fuel at the beginning of the second stint but once I got passed the Jota Zytek it was easy to control the pace. It was on a plate. We could smell the champagne.

What about the move on Dolan in to Tamburello. Did you think he was going to shut the door?

“I think he thought about it but it was nice because I think I surprised him a little as I was quite a long way back. He (Dolan) hit a bit of traffic and I could see that I had a chance and it was the perfect scenario to take him. He was very fair and gave me the room. There were no problems.”

When things like this happen that are out of your control, as a driver is it easier to get over afterwards?

“Shit happens. This is motorsport. It could have happened after three minutes of the race I suppose, but it sometimes happens like this. It would have been so nice for the team to have won their first race in the ELMS. The combination in our team is ok, Romain (Brandela) has done well and Gary (Hirsch) has been fantastic too. We know we have the speed to win the ELMS races. The ingredients are all there, apart from the luck!