After some even earlier baby steps in the GT ranks, Nissan has been part of the prototype scene at the Le Mans 24 Hours for almost 30 years, and with a further massive step forward now coming in 2015 we thought it was high time we took a look back at the efforts of the factory team, and their privateer customers over almost three decades:

With Group C in the ascendancy, and with the IMSA GTP scene also lifting off the newly created NISMO arm of Nissan started to take a close interest in the potential for an international sportscar racing programme.

Following on from some baby steps for the programme in Japan in 1985 the factory team first entered the Le Mans 24 Hours in 1986 , this a two car effort with both a year old March/ Nissan R85V chassis powered by a c.600bhp V6 twin turbo and a later R86V with side mounted radiators and the same power plant.

As with so many early programmes it was a tricky weekend for the Nissans, the newer car retiring but the R85V came home a very creditable 16th overall, 10th in Group C1: 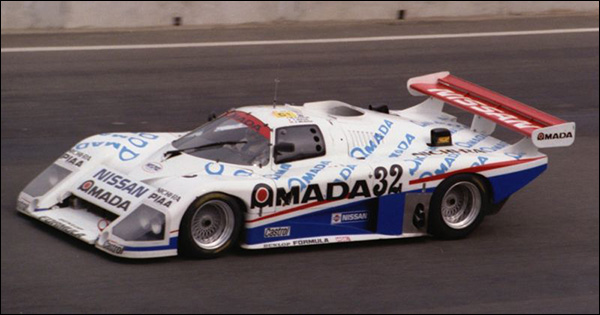 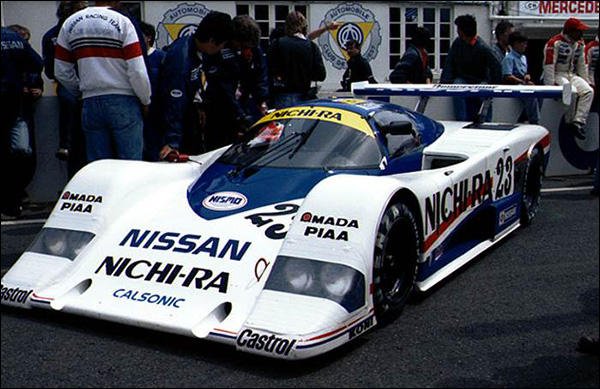 The following year saw a step forward, three Nissans entered, but a step back, as all three failed to finish.

The factory team entered a pair of (again) March chassised New R87Es with a brand new three litre twin turbo V8, the new bespoke race engine revved to a heady 12,000 rpm and produced 700 bhp, but the race saw issues for both cars, including a flash refuelling fire for the #23 car. That car recovered to run as high as 8th before an engine issue stopped the effort, the sister #32 had retired with electrical issues earlier.

In addition though there was a privater effort, mounted by the Italya Sports team with the previous season’s R86V and in early running the effort ran well, inside the overall top 10 before crashing out as the race moved into darkness. 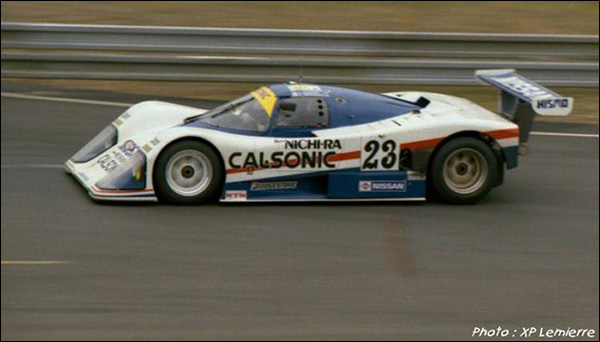 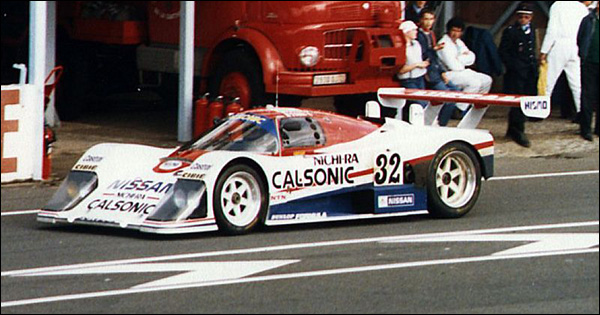 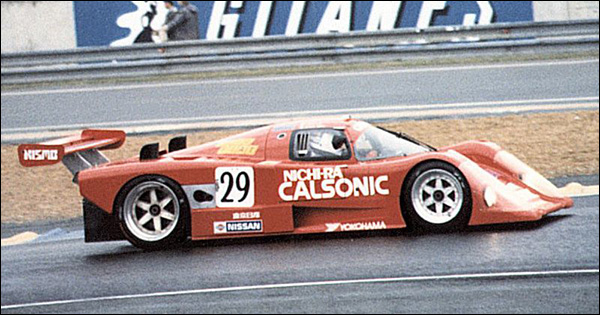 Four Nissans made the grid for the 1988 race and it would see one of the factory cars post the best finish so far for the Marque, 14th overall for one of a pair of R88Cs, a major evolution of the previous year’s car, the faster of the two qualified a full six seconds faster than Nissan’s best in 1987 but would tumble down the order in the race with a troublesome misfire before retiring at 11am on the Sunday.

The second car though ran strongly between a variety of issues to a 14th place overall finish.

Italya Sport were back too, this time with a pair of cars, both entered as ‘88S’ but with one car a brand new chassis and the other a revised 1987 cr – Of note was that Nick Wirth designed the bodywork.

Both cars ran with an updated turbo V6 but it was to be a troubled outing with both cars suffering engine issues, neither making it into darkness. 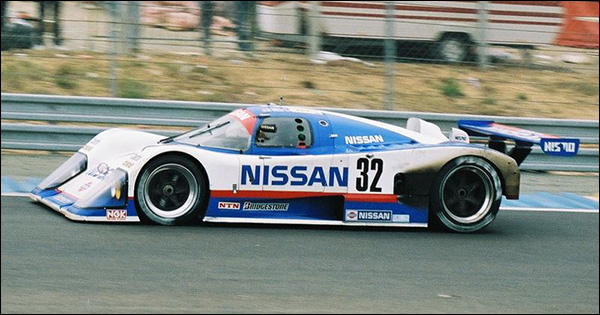 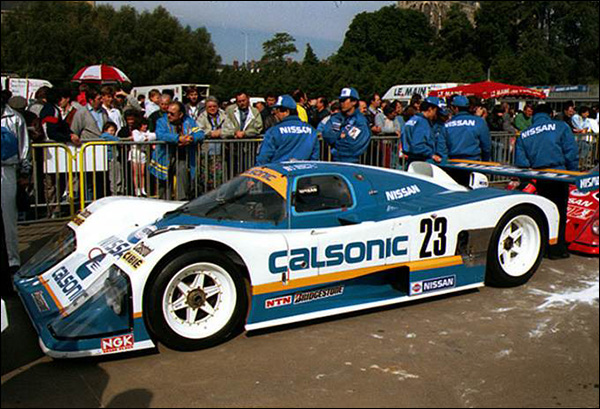 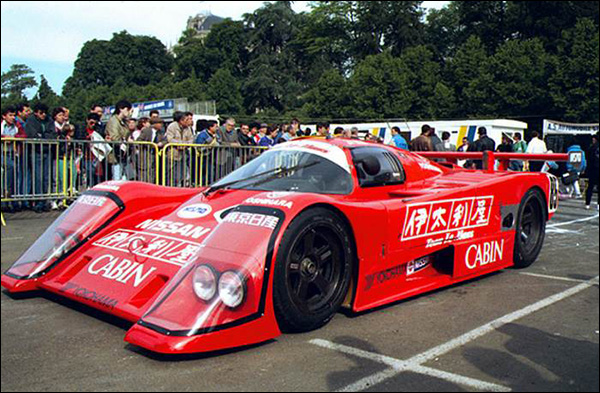 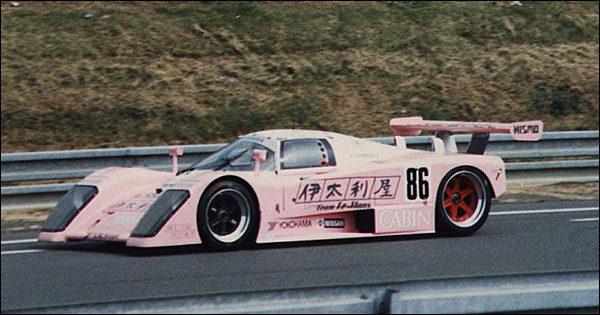 There were major changes for 1989 – Lola replaced March as the chassis supplier and the new R89C programme was run out of the UK, not Japan with the Nissan Motorsports Europe operation now based in Milton Keynes. 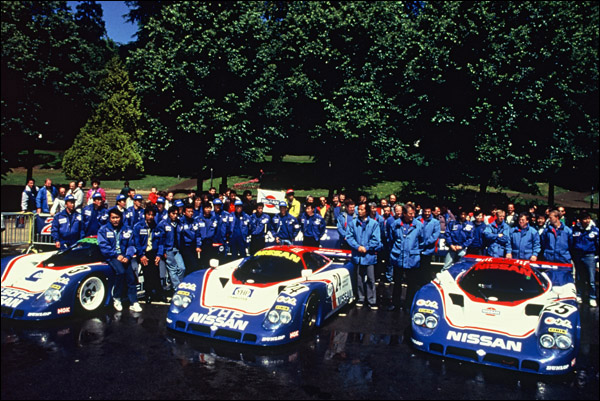 And there was a new engine too to install in the Eric Broadley/Andy Scriven designed carbon/ kevlar car, a near 800bhp twin turbo 3.5 litre V8.

Le Mans proved to be ultimately disappointing, all three factory cars entered would retire, but along the way there was reason for major optimism.

After qualifying just outside the top ten the #24 car was started by Julian Bailey, the Brit scythed through the field at the start but after an epic charge took one chance too many and collided with John Nielsen’s Jaguar whilst attempting to take second place! The damage would end the Nissan’s race.

The other two cars ran as high as fourth (#23) and fifth (#25) before overheating (#23) and oil pressure woes (#25) ended the fun!
There was a highly unusual privateer entry too. Yves Courage entering the March 88S after one of his own cars was damaged in a transporter fire. The car made it through the night before an oil leak ended its run. 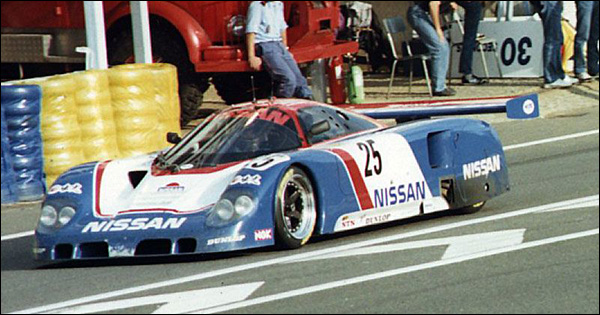 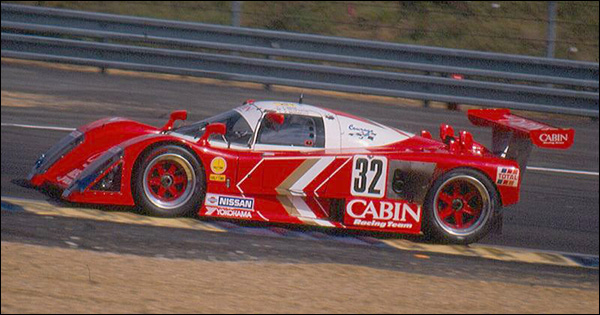 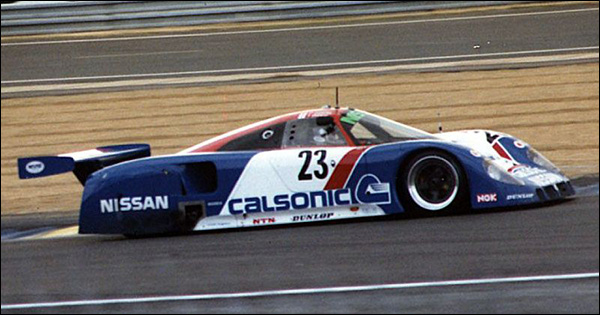 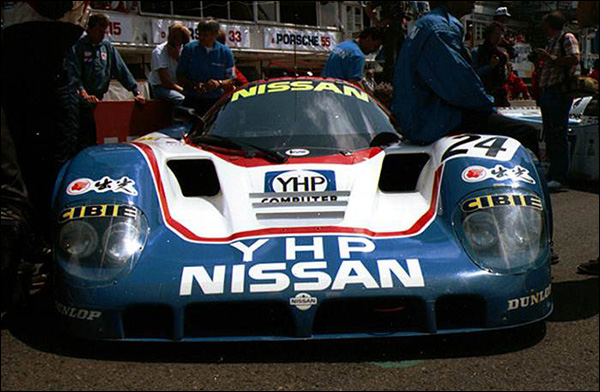