56 Cars are listed for Sunday’s Le Mans Test day (Here), the first time that the 2014 crop of LMP1s (and a number of other runners) will have had the opportunity to run on the legendary circuit. 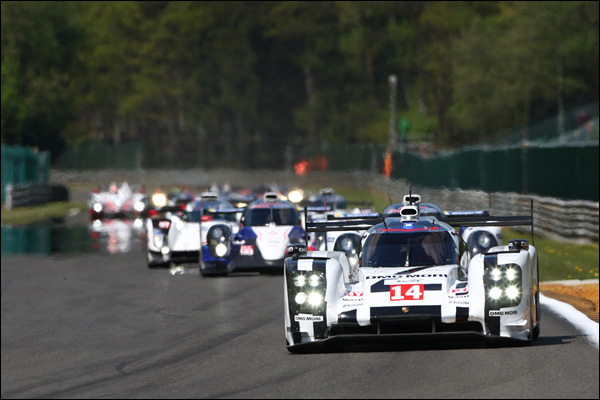 It’s been a more topsy turvy run in than usual to the 2014 race with the entry list seeing more ups and downs than a porpoising prototype. Happily the major runners in LMP1 remain unaffected – The absence of the Lotus is regrettable but as surprising as a revelation of the location of ursine toilet habits.

There will be one absentee from the factory Audi squad, Oliver Jarvis again on Super GT duty this coming weekend, that will give Messrs Bonanomi and Albuquerque some additional seat time, the Portugese LMP1 rookie will be particularly pleased with that. 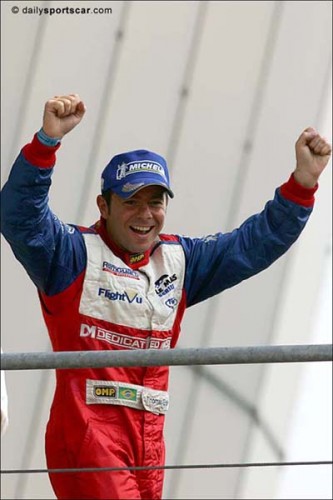 Before we get to the shifting sands of LMP2 let’s take a moment to note the first appearance on track in final form for the Nissan ZEOD RC Garage 56 entry.

Both Lucas Ordonez and Satoshi Motoyama are also on Super GT duty so Wolfgang Reip will be joined by none other than Thomas Erdos, the double class Champion at Le Mans will be delighted to be back, Tommy another man whose driver ranking has made it very difficult for him to find a place on an international grid.

He’ll be one of the most experienced guys out there on Sunday in an altogether different sort of car.

If Nissan can make this car work well then it is truly revolutionary stuff, and as the Nissan top brass said at the launch of their LMP1 effort, it’s an important step on that ladder too.

On pace, if all goes well it should be capable of running with the leading LMP2s on petrol power and, we believe, the single electrically powered lap per stint should see it running faster than the leading GTEs. 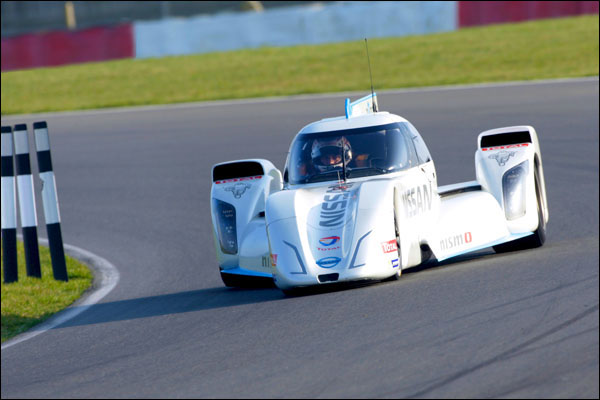 In LMP2 we have both Millennium Motorsport Oreca Nissans listed, both for the same trio of drivers: Fabien Giroix, Oliver Turvey and John Martin. 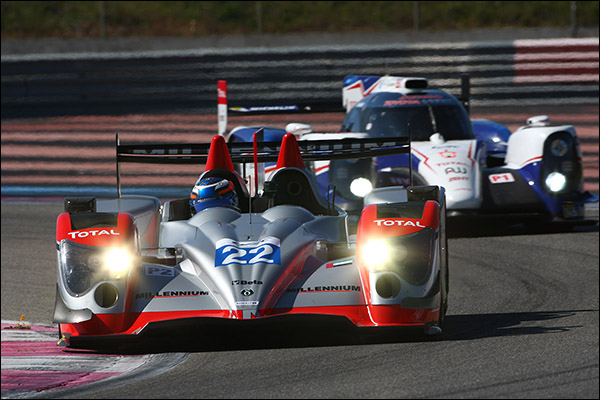 That’s a convincing line-up, and we’re keeping our fingers tightly crossed that the promised funding arrives in time for the cars to make it.

Another significant change in the entry is the swap between the two Greaves racing crews. Chris Dyson, Tom Kimber Smith, and prospective all time youngest Le Mans racer Matt McMurry switch from the #41 car to the Caterham Cars branded #42 with the crew originally named in the #42 heading in the opposite direction! 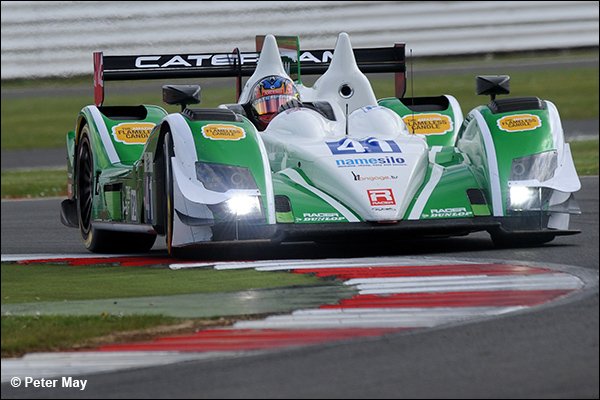 That’s a sensible fit with Dyson the Caterham SP300R importer for North America but sources suggest that it was following some Caterham-led shenanigans over the entry that the factory initially announced it was withdrawing (after only being named on the reserve list) but actually never entered, the car was entered and paid for by Greaves.

LMP2 has, of course, lost the Strakka Dome entry but we will see a trio of new coupes running, all of them Ligiers!

Oak Racing field a Nissan engined JS P2 for the #35 crew of Alex Brundle, Jann Mardenborough and Mark Shulzhitskiy, Thiriet by TDS Racing will debut their Ligier Nissan too with a third, HPD engined car, entered for the all Chinese driver line-up fielded by the Oak Racing Team Total squad. 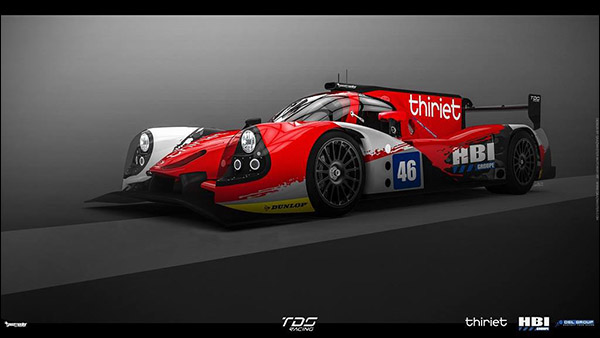 Three of the LMP2 runners field a fourth driver each as reserve drivers and others get in their mandatory lappery at Le Sarthe:

Alex Kapadia will run at Murphy Prototypes, Laurens Vanthoor at Sebastien Loeb Racing and Dan Norris Jones will get a run in the #41 Greaves Zytek Nissan. 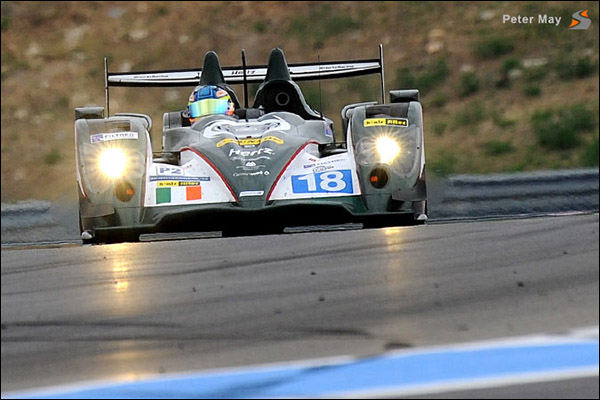 We should get notice of the BoP for Le Mans before the cars hit the track on Sunday after the test this week at Michelin’s test track featuring all the marques represented on the entry list for the 24 Hours proper.

We are expecting to see an update kit aboard the GTE Pro Ferraris too, more details as we get them. 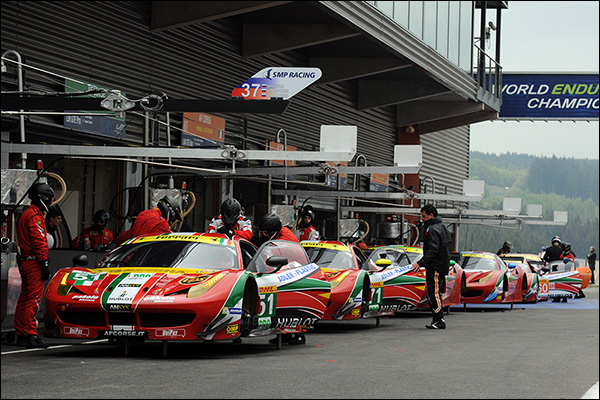 As noted earlier this week the #57 Krohn Ferrari will not be at the test, neither too will the second, #79 Prospeed Porshe. Mark Patterson will miss the test, he’s competing in the British GT Championship at Silverstone on Sunday so the #53 Ram Racing Ferrari is another car with a 2 man crew for the Test Day. 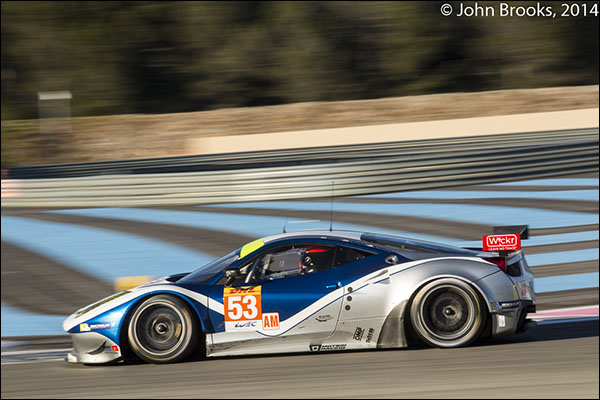 There is one additional car for the Test, Duncan Cameron is named in an additional AF Corse Ferrari as the fast Gentleman driver gets some laps in at Le Mans.

We will get the opportunity though for the first run in public for the Proton Competition run Dempsey Racing Porsche 911 RSR.

We may find out at the weekend too who the replacement for the injured Matthieu Vaxivierre will be aboard the #75 Prospeed Porsche.