The second round of the GT/Touring Series saw the teams visit Paul Ricard for a three-hour race. Ruffier Racing’s Porsche 911 GT3-R of Paul and Patrice Lafarge dominated the GTV1 field once again to take further command of the championship. 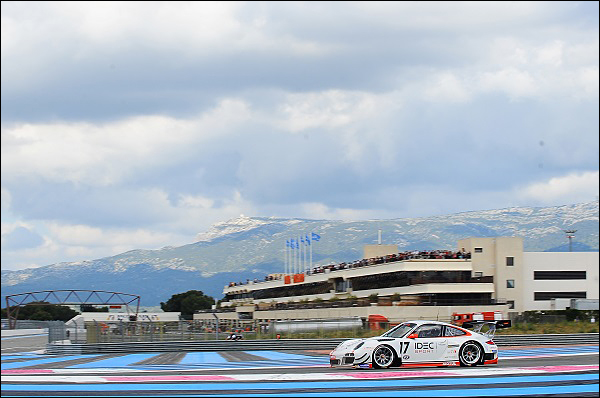 After another great showing in qualifying for Team LNT’s Ginetta G55 GT3 – claiming pole position – it was once again disappointment for the all-British squad in the race, as gearbox troubles prevented Lawrence Tomlinson and Mike Simpson from being classified. 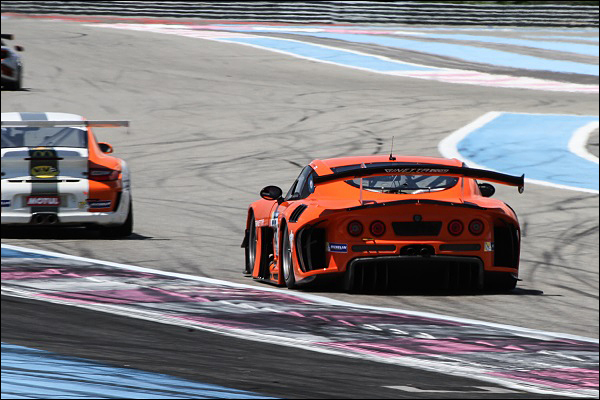 From the start it was a close battle between the Ruffier and Lorient Porsches up front. The #007 Lorient 911 of Frédéric Ancel, Gilles Blasco and Nicolas Dupuy had a 21-second lead by the end of the first hour, but the father-son pairing in the Ruffier car would get the best of the North Western team, as Paul Lafarge pulled away during the second hour, extending the gap up front to almost two minutes while the Lorient squad went backwards. They would eventually claim fifth place. 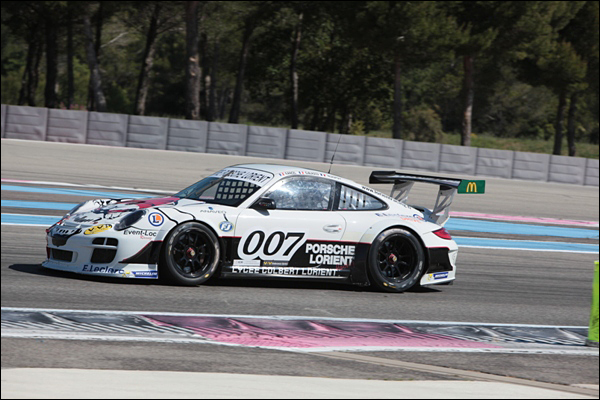 The big story of the race, however, was the drive from Andrea Montermini in the #60 Ombra Ferrari 458. After getting in the car two laps down from the lead and 11th overall, the 49-year-old Italian veteran put up fastest lap after fastest lap to get the car back into contention.

Lapping almost two seconds a lap quicker than the leader over his stint, he was able to get the Porsche into a podium spot. The #2 Visiom Ferrari retired with gearbox issues from second place, handing the Ombra team an extra place in the closing stages. A great drive once again by Jean-Bernard Bouvet was all for nothing, the car retiring with just over 10 laps left to run. 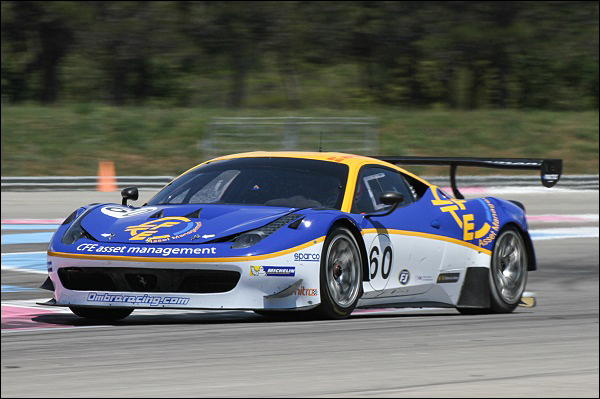 Inheriting the podium spot, therefore, was the Swiss trio of Rémi Terrail, Jean-Paul On Burg and Patrick Schmalz in the ANT performance Porsche. It was a steady run to third, despite them finishing a lap down.

Further down the order the Almeras Porsche 997 of Pierre Martinet, Gérard Tremblay and Franck Perera took their first class win of the year in GTV2, crossing the finish line over a lap ahead of the VdeV Mosler and AB Sport Audi R8. 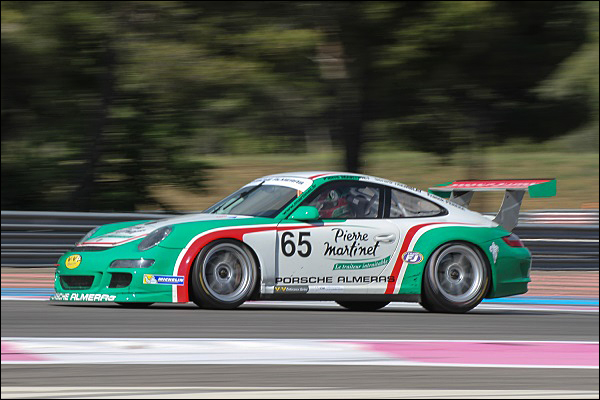 A strong drive by the pairing of Fabio Spirgi and Manuel Nicolaidis for RMS gave the team the GTV3 class win, putting the Porsche sixth overall and two laps clear of the other runners. And the S1 class, back after an absence at the last round due to lack of entries, was won by the Solution F team and their #96 SFV8. The other two teams in the class failed to finish.

The next stop for the VdeV circus will be on the 28th and 29th of June when the series visits Dijon for the last three-hour race of the season.