Beechdean AMR endured the 3 hour Silverstone 500 British GT race at the weekend and after a stunning qualifying performance they walked away with a hard fought 2nd place finish.

In front of a large crowd, the ice cream team of reigning British GT Champion Andrew Howard and Factory Aston Martin Racing driver Jonny Adam started the 3 hour race on Sunday from pole position after a stunning display of speed from both drivers in the 40 minute qualifying session. 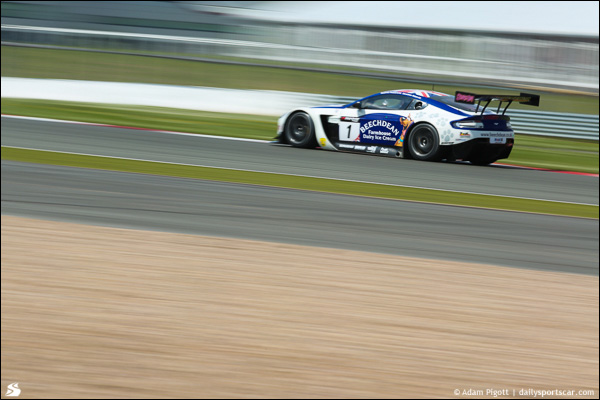 After a great getaway from the lights, Andrew managed to pull a sizeable 3 second gap to the rest of the field after lap 1. He maintained a consistent gap to the 2nd place #4 car of Oman Racing but as the reigning Champion was passing the slower GT4 cars, he got pushed wide coming onto Hangar straight by #45 RLR BMW M3 and as a result lost the lead to #4 Aston Martin of Ahmad Al Harthy.

The twist in the race happened on lap 13 as a safety car was called to recover the TF Sport #28 Aston Martin GT3 of Paul Bailey, the ice cream team chose to stay out for another lap under the safety car. After the pit stop to change to Jonny Adam, the Beechdean AMR crew fell down the field to 7th and 60 seconds behind the leader #4 Oman Racing .

As the race developed, both drivers produced consistent fast laps and good overtakes in their stints. With some slick pit stops and strategy by the team when the chequered flag dropped on lap 82, they managed to finish in a well deserved 2nd place some 56 seconds behind the race winner #4 Oman racing of Ahmad Al Harthy and Michael Caine but crucially gained a good haul of points towards their Championship assault.

The reigning GT3 Champion Andrew Howard was awarded the Blancpain Gentleman Driver trophy at the weekend for his performance in both qualifying and the race. 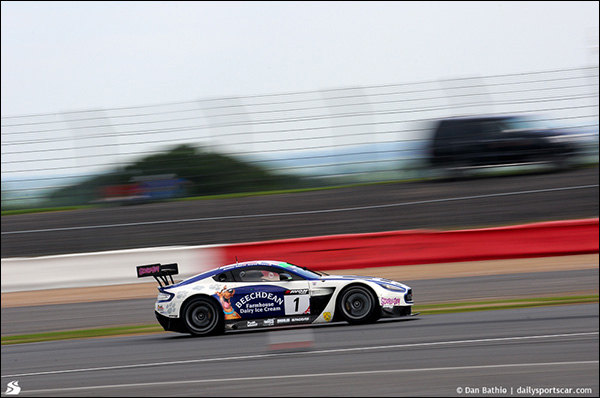 Andrew said “The result today really helps towards our Championship bid in 2014. To qualify on pole in the biggest race on the British GT calendar was a special feeling. We unfortunately got the wrong strategy with the safety car and that lost us a chance of fighting for the victory today. I am happy with how the car and team are performing and we go to Snetterton full of confidence”

Jonny added “The car was handling very well all weekend and that’s down to the hard work behind the scenes from the team this year. I think we could of challenged #4 Oman Racing Aston Martin for victory but a fine 2nd and to close the gap down in the Championship is a good weekend”

The team currently are 2nd in the standings only 2.5 points from BMW team Ecurie Ecosse.