There is no doubt that the 2014 Le Mans 24 Hours is one of the most eagerly anticipated editions of the great race in recent years, as Porsche takes on Audi and Toyota for top honours on this most historic of circuits. It is only fitting then that the Group C Racing series has assembled a mouth-watering field for the Le Mans Legends support race on the morning of Saturday 14th of June; with the return of a true Le Mans legend and the racing debut at La Sarthe of a very special Jaguar being just two highlights.

25 cars, in three classes, will form the grid for the 45-minute race, with ten marques being represented and with the field spanning the full Group C era from 1982 to 1992.

For the many fans who have been making the trip to Le Mans since the Group C days, the Class 1 field alone is likely to unleash a flood of memories and sensations – be they visual, aural or olfactory – while things are likely to be just as sensational for those experiencing the category for the first time.

Of the 17 cars that make up the class, no fewer than nine are Porsches. The Rothmans-liveried 956 of Kriton Lendoudis makes its return to Le Mans 32 years after it made its race debut at the circuit (its only LM24 appearance), on which occasion it finished third overall in the hands of Al Holbert, Jürgen Barth and Hurley Haywood as part of a works 1-2-3 result. 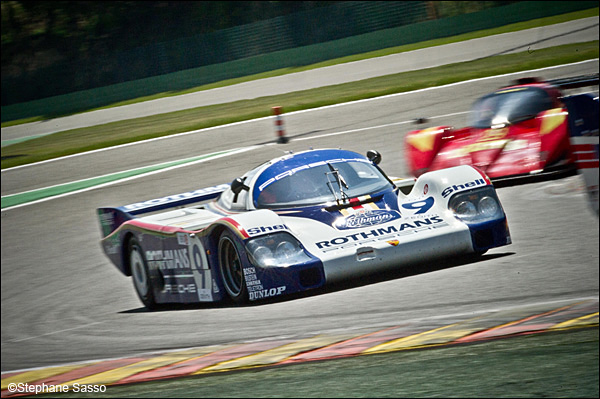 The car is unlikely to feature so prominently this year, but just to have the car there is something to be celebrated. Russell Kempnich also fields a 956, this time a 1984 version.

Of the half-dozen 962s in the class, two will have the famous Jägermeister livery – the #17 of Christophe D’Ansembourg (the Belgian having decided against racing his Peugeot 905) and the #5 of Peter Harburg. 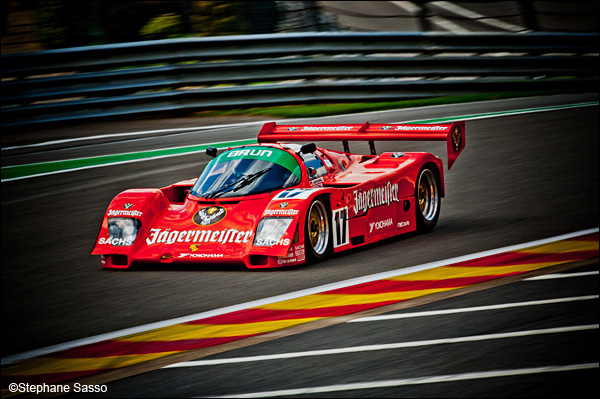 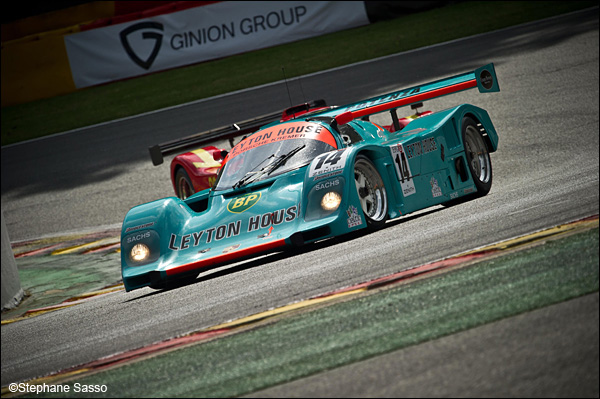 The ‘most eardrums popped in three-quarters-of-an-hour’ award is almost certain to go to the Mazda 767B of brothers Max and Moritz Werner. Restored at great expense, the car made a successful debut at the recent Spa Classic and is sure to be among the most popular of the entire meeting; the scream of its rotary engine certain to delight the packed tribunes. 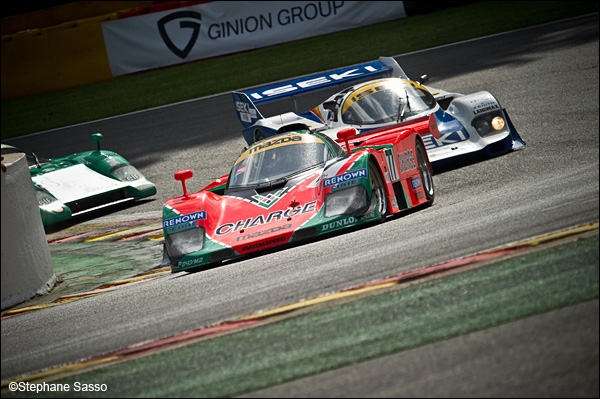 The fight for the class win, however, is likely to be between the almost unstoppable Mercedes C11 of Gareth Evans and Bob Berridge, the C11 of Shaun Lynn, and the Nissan R90CK of Katsu Kubota and Joaquin Folch. 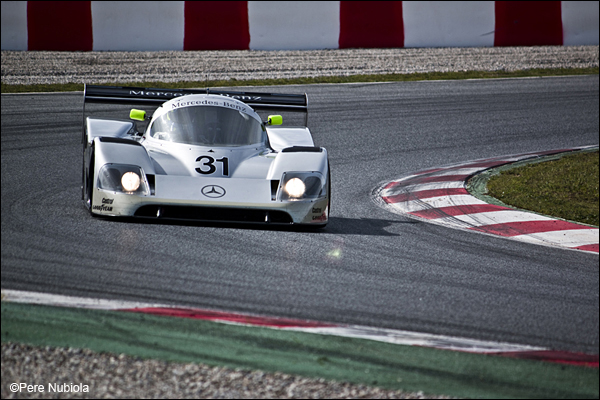 The Nissan is the only car to have beaten the #31 Mercedes since the start of 2013 and stands a good chance at Le Mans. 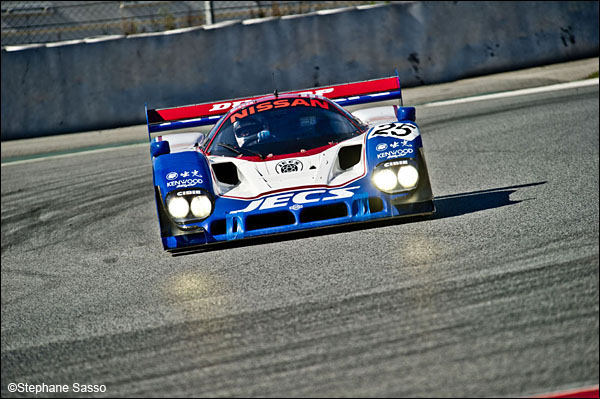 Shaun Lynn, meanwhile, enjoyed a strong debut at Spa and will only get quicker the more experience behind the wheel of his new toy he gets. However, will the overall race winner even come from this class?

The ever-popular Aston Martin AMR1 makes a welcome return, and owner Paul Whight has recruited the rather-useful Tom Kimber-Smith to help with the driving and the car is sure to fly in the hands of the three-time LM24 class-winner.

Rounding out the class, we have the Cheetah G606 of Eric Rickenbacher and his team of Swiss enthusiasts, the ex-Paul Newman/Wayne Taylor IMSA GTP Spice SE89P of Adrian Watt and the first appearance of Paul Stubber’s Lola T711. 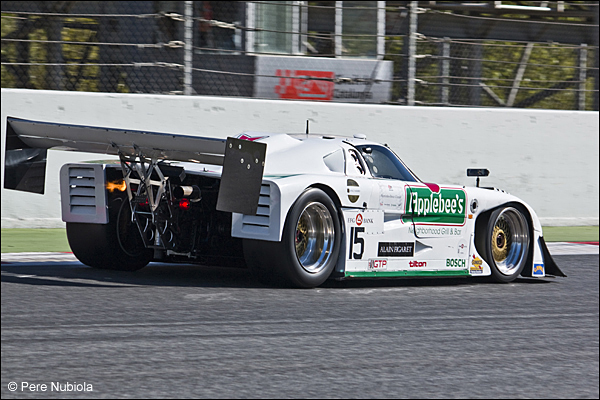 Just three cars appear in the second class, but at least two of them have the potential to get amongst the front-runners.

Mike Donovan once more fields his dominant Rexona Spice SE88 – the car usually to be found in the top three overall in Group C races – but will be hoping for better luck than he experienced in the corresponding race in 2012 when he hit the Mulsanne barriers several times after contact with another car. 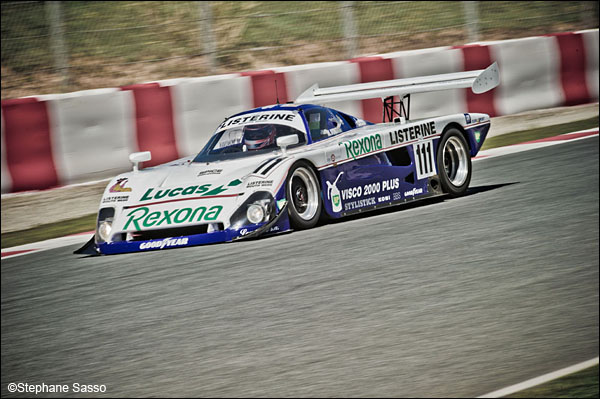 Likely to take the fight to the #111, however, will be Aaron Scott in Tommy Dreelan’s #170 Listerine-liveried Spice SE86; the two having sparred before in the two C2 machines. 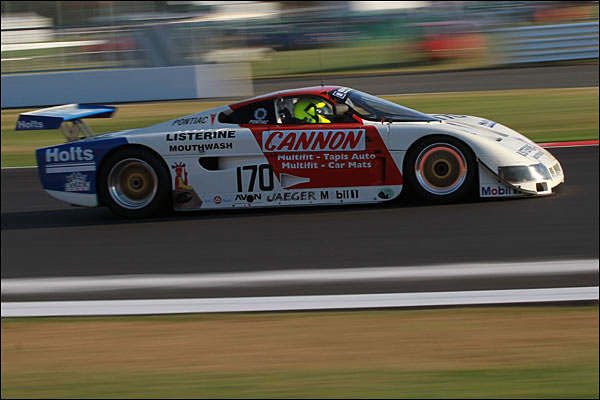 The #116 SE89 of Pierre-François Rousselot is not likely to be on the same pace.

Class 3 (A: For Japanese sportscars, IMSA, Group C cars running in ‘91-‘93 specification. B: ‘Special Invitation’ – For any Group C/GTP car or any other car considered by the Club to be of a) Special Historical interest to the Club or Promoters of any of the Clubs races, or, b) be of particular benefit to the Club.)

The new-for-2014 Class 3 is, however, the one that will be drawing much attention; containing as it does a five-time Le Mans-winning driver and a very rapid Jaguar.

Derek Bell MBE makes yet another appearance on his old stomping ground, this time sharing the FAT-liveried Porsche 962 with the car’s owner Mark Sumpter. The #6 Porsche is in the class owing to its 1993 high-downforce configuration. This is the car that took Porsche’s last Group C win, which came at Dijon in 1989 with Bob Wollek and Frank Jelinski driving. 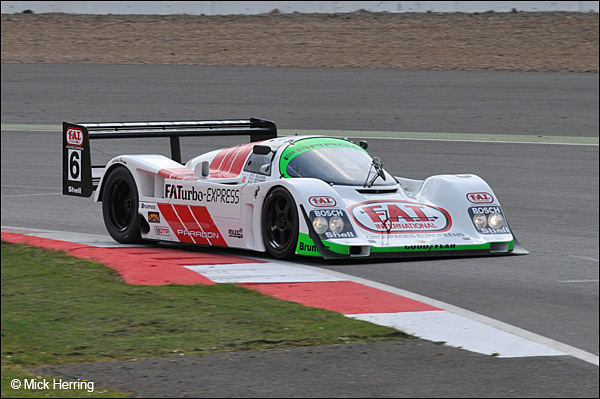 “Its 50 years since I first started racing and this, combined with Mark Sumpter’s offer of racing his 962 in the year that sees Porsche return to the top tier, made racing at Le Mans again irresistible,” said Derek. “I am still a racer at heart!

“Knowing Mark, his 962 is always very well prepared, so I would like to think we have a realistic chance of winning our class or even making the podium; for me that would be a very emotional experience.”

However, winning the class is going to no easy task, given that Bob Berridge will be wheeling out his prized Jaguar XJR-14. 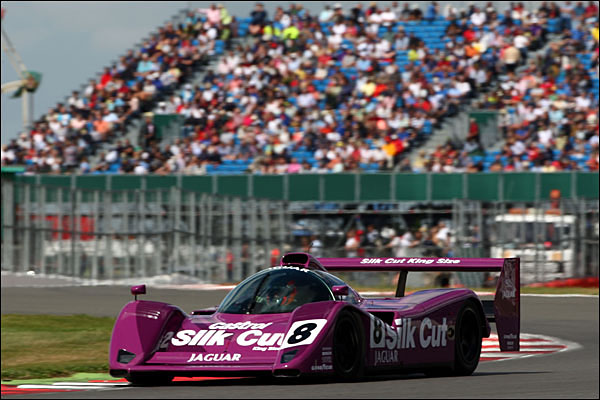 The 3.5ltr cars never raced at Le Mans, being withdrawn after qualifying in favour of the XJR-12s in 1991, so this marks the race debut of the car on the track. Nic Minassian scorched his way to victory in the car at the 2013 Silverstone Classic and was grinning from ear to ear on the podium. However, the Chamberlain-Synergy team have had to make not-insignificant alterations to the cockpit to accommodate Berridge’s 6’5″ frame, and driver comfort may well be a major factor in the overall result. One thing’s for sure, though – the crowd are going to love it!

Peter Garrod’s XJR-12D – which finished fourth at the 1991 LM24 in the hands of Derek Warwick, John Nielsen and Andy Wallace – will also race in Silk Cut livery, while Richard Eyre’s XJR-16 will carry Bud Light decals on account of its IMSA GTP heritage. 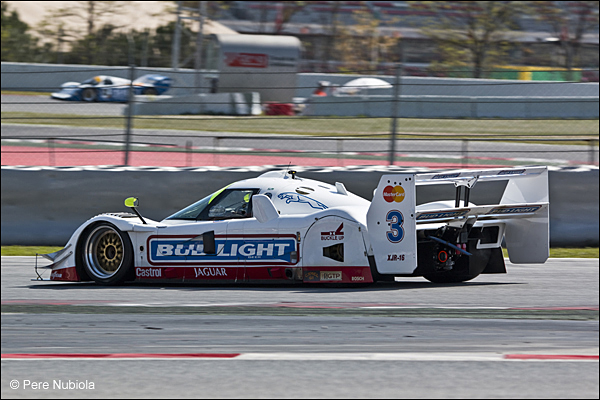 Rounding out the class and field is another car making its Le Mans debut, the Gebhardt C91 of Frank and Michael Lyons; another 3.5ltr car that has undergone a full rebuild. 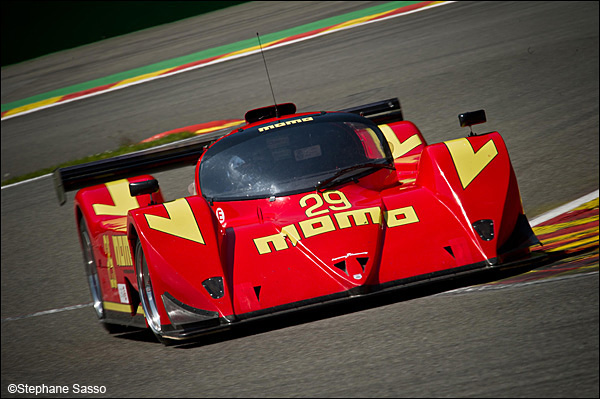 So there we have it; an excellent entry that will be an utter treat for the LM24 crowd and the perfect warm-up act for the main performance. Qualifying takes place at 16:00 on Thursday 12th June, with the race beginning at 10:05 on Saturday morning. 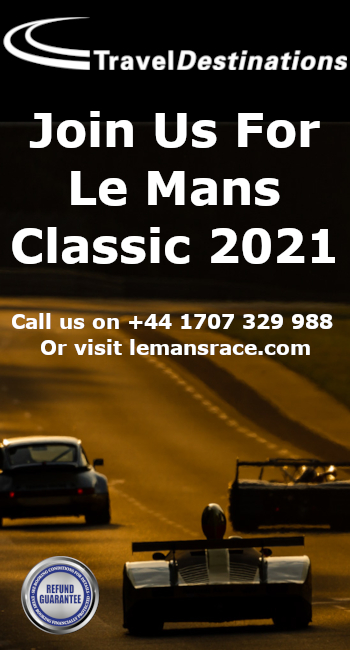