The in-out nature of the 2014 entry saw the Risi Competizione entry rejected by the selection panel, and the two factory SRT Vipers withdraw in the wake of financial reassures for the parent company.

Add to that mix the fact that the vast majority of the GTE Am teams are fielding current spec cars and we might have quite a squabbling pack at times during the race – That will be good entertainment for all of us, and will also provide a tough traffic-based challenge for the LMP boys!

In the wake of the failure of the GT regulations convergence efforts there are questions being asked about the worth of the GTE answer to the regulatory question – If we get as good an answer through the racing at Le Mans as we have in previous years then some of those questions will, quite correctly, evaporate. 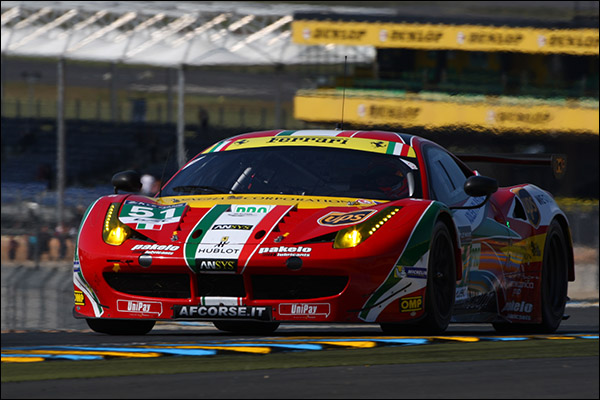 This is the World Championship winning effort from last year and it arrives at Le Mans at the top of a lofty pyramid of Ferrari 458 Italias on the entry this year.

Gianmaria (Gimmi) Bruni is simply world class, and would be many observer’s vote for the best GT racer in the world at the moment.

Alongside the Italian, flying Finn Toni Vilander may be less well known outside the sport but he too is a very, very good racer, the pair make a formidable full season WEC crew

They are joined here by Giancarlo Fisichella, the man that shared Bruni’s WEC run for most of last season, a relationship that soured towards the end of the season, with Vilander joining Bruni for the last dramatic round in Bahrain after Fisichella’s form dipped badly.

The ex F1 race winner though has bounced back with a full season programme in North America helping to restore his form. If that stays with him this week then this will be a very, very tough team to beat. 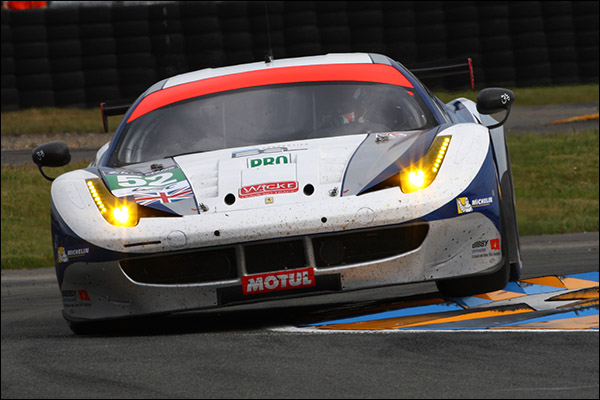 Ram Racing are another first time team at Le Mans, and arrive here after a debut season that netted them the GTE title in the European Le Mans Series last year.

The drivers title was shared between Johnny Mowlem (of whom more in Part five) and Matt Griffin, and it’s the Irishman that anchors Ram’s Pro car in a full WEC programme in 2014.

He’s quick, and very, very consistent, a perfect fit here with McLaren GT factory man Alvaro Parente. This pair will be a very solid combo if the cards fall right for Ram.

Third man is Federico Leo, 2011 FIA GT3 European Champion but relatively speaking an unknown quantity alongside Griffin and Parente. If he can stand the heat in this the hottest of kitchens, AND if the car stays out of trouble then this is a dark horse worth backing. 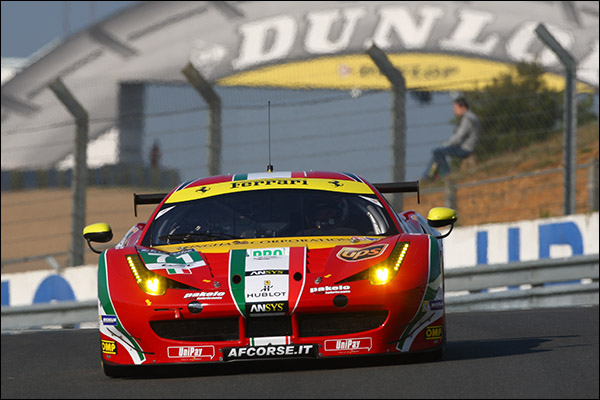 Italian Davide Rigon is a quality driver, impressed with races in a GTE Am 458 last year and seems to be part of the long-term plan at AF Corse. he’s joined by new for 2014 factory Ferrari GT driver James Calado, the ex GP2 racing Brit delighted to be part of the Ferrari family and this full season pairing finding some real pace last time out in Spa.

They are joined by the almost limitlessly experienced Olivier Beretta, ex Oreca viper, Ex Corvette Racing and no a Ferrari man – He seems to have put aside his readily apparent irritation at being dropped by the Vette boys and is getting back to form.

There’s little doubt that the #51 is the favoured one in this team but there are plenty o available circumstances that could see the #71 running very high up the order. 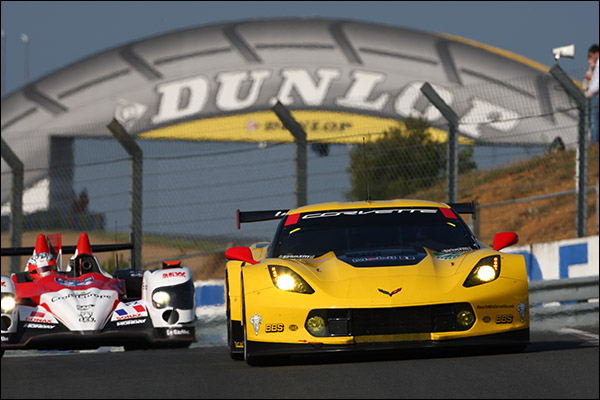 Corvette are back after a simply awful 2013 at Le Mans with a better balance of Performance and with a brand new car.

The new C7R is a beauty, and takes the Corvette cause several steps froward for the eventually outdated C6 that preceded it.

Of the two crews its the #73 that has the team in form at present, the evergreen “Kevin’s Dad” Jan Magnussen and the quiet man of the bunch Antonio Garcia have had success in the new TUSCC, and so too, in the Taylor family run Vette DP has ‘third man’ and self styled wacky functor Jordan Taylor (and he is funny btw!).

This is a race that Corvette badly want to win again and you can be sure that the fabulous sounding beasts will be right on the pace. 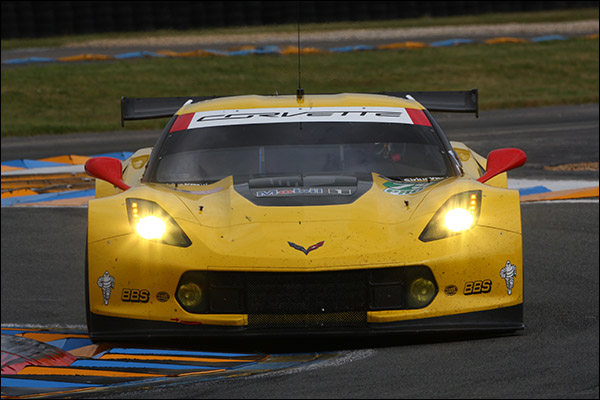 The best news for Corvette is that they have two world class crews to attack this race with.

DSC columnist Oliver Gavin is looking for a race to turn his luck around – This one would do just nicely! The tall Brit has been part of Corvette Racing for a decade and is still in love with the cars and the team – And why not!

Fellow Brit Richard Westbrook has a full season DP ride with Spirit of Daytona and he too has been lacking only in the luck stakes this season. He’s (another) one or the almost supernaturally quick guys aggressive in pursuit, resilient in defence.

Tommy Milner comes from a family of racers and it shows. His style is not unlike Westbrook’s – He never, ever quits – Don’t count either of these cars out for potential podium finishes or better! 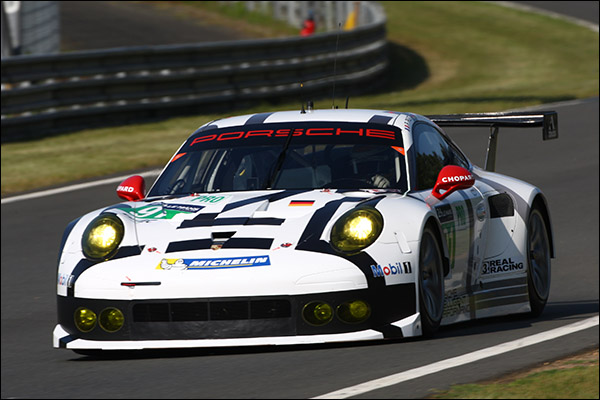 Porsche next, the defending champions here with a thoroughly upgraded car and a reshuffled driver roster.

The 2014 evolution of the 911 RSR is an all round improvement on a car that was already good enough to beat the rest last year.

That masks the fact that some of the major runners were hobbled with a simply incorrect Balance of Performance in 2013 but this effort will still be one that everyone else is watching.

The car though suffered major damage at the Test Day after a seemingly harmless looking minor off into a gravel trap at the Ford Chicane turned into something altogether more dramatic for Bergmeister, the gravel trap seemingly not filed to the correct level and the subsequent ‘ramp’ launching the 911 into the air with damaging consequences for the chassis on landing.

The car will be fine for race week but the team missed out on important track time as a result. 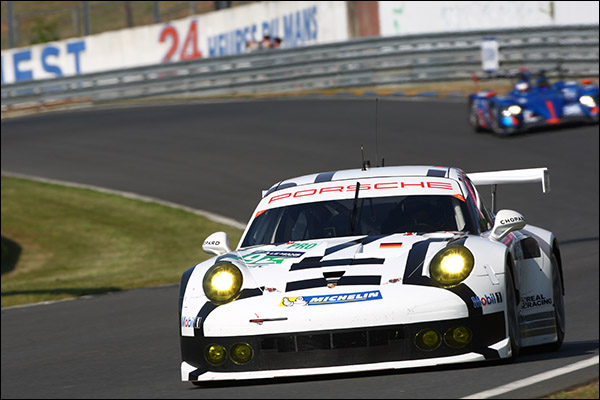 The sister car, in sharp contrast, ended the test Day a=fastest of all courtesy of a late run from Porsche factory new boy Fred ‘Mako’ Makowiecki.

Fred arrived in sad and controversial circumstances, sources suggesting that he was a replacement for the late Sean Edwards on the factory roster, but Mako arrived whilst still under contract to AMR and that little mess took a while to sort out.

He is though one of the very fastest GT drivers around and adds real steel to the Porsche effort.

Richard Lietz has seemed joined at the hip to Marc Lieb in recent years but with his regular co-driver snapped up by the LMP1 side of the factory effort Richard is doing most of his racing i the USA this year – He’s as fast and consistent as he ever was.

Marco Holzer meanwhile has movers in the other direction, the full season in WEC is his first programme outside North america for the factory team and the young German is enjoying it thoroughly, the Mako/ Marco piping taking the win first time out at Silverstone 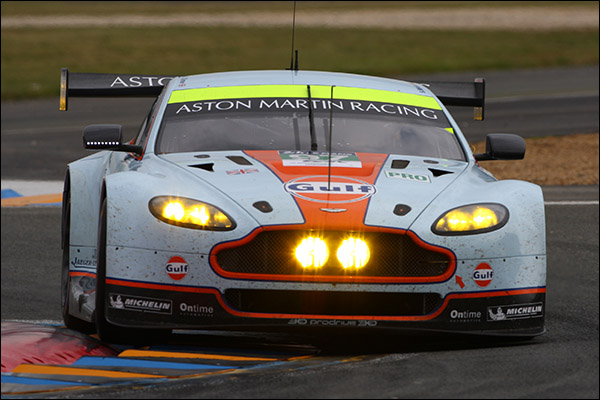 After a race in 2013 of tragedy and disappointment Aston Martin Racing will be looking for a much better year in their tenth anniversary year.

Two Pro cars are fielded once again, both were dealt a 5 litre fuel load increase after the GTE BoP test last week – it was sorely needed – but will it be enough?

Darren Turner has been a faithful and highly effective factory driver for AMR from the very beginning, he’s fast and a fighter.

Stefan Mucke has been driving for the factory team for almost as long and his on-track partnership with Turner means the pairs names resonate together as readily as fish and chips! The German is just a quick, and almost as consistent too – a very convincing double act.

Adding some Brazilian spice to the mix is the welcome return of Bruno Senna, the 2013 full season Aston man though is here for just a 2 race programme. Senna adapted very well indeed to the GT code last year and should be nothing other than a massive plus for this effort – One to keep an eye on 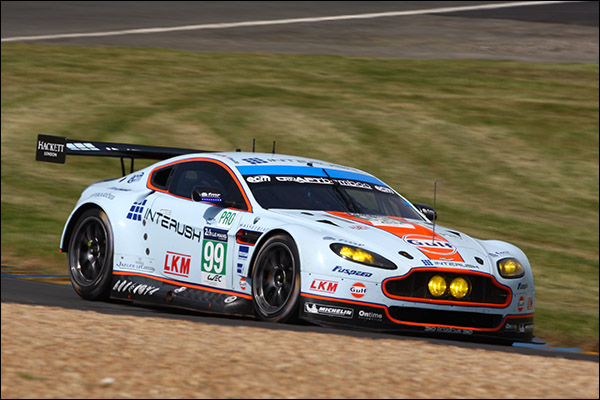 And finally the second AMR Pro car marks a move to international sportscar racing for the newly merged CraftBamboo team, operating under the AMR banner in the WEC.

The driver squad for the #99 car has a ‘work in progress’ feel about it – All three drivers are capable of good performances but in this company it will be a mountain to climb.

Alex MacDowall is making the transition form Touring Cars and is gradually finding his feet.

Darryl O’Young has plenty of experience and knows what it takes to bring a car home in a real endurance race, his pace at Spa was very good too.

Fernando Rees moves over from a Larbre Corvette this season and seems to like the Vantage a great deal. he too was impressive at Spa .

This is an effort that needs to play to its strengths, stay reliable and keep on the lead lap – beyond that, as we all know at Le Mans, anything can happen – and it usually does!