Australian racer Paul Stubber is not a man who likes to walk the conventional line in Group C, having previously rebuilt and raced the unique Veskanda in the series. For 2014, though, he has parked the Oz-built car and will instead be debuting his recently-acquired Lola T711 at this weekend’s Le Mans Legends race. DSC got in touch to find out a bit more about the car. 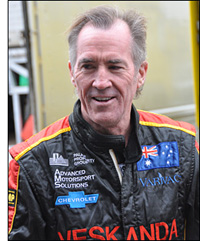 “The Lola Corvette GTP was built by Eric Broadly in 1984, delivered and first raced in 1985 at the Daytona 24 hours by Lew Price,” said Paul. “Interestingly, he scooped it from GM – the car was being built to order, but it had a six-litre naturally aspirated Chevy engine and the turbo era was evolving; and when it was finished the boffins at GM were deliberating about the car. Eric gave them 14 days to decide and of course GM could or didn’t move that fast and he sold it!

“This one of mine – chassis # T 711 HU2 – is the only V8 naturally aspirated to leave the Lola factory in this configuration. There were six built altogether.

“Mine was owned by industrialist Lew Price of Lee Industries. He first raced it at Daytona with Chip Mead and NASCAR champion Terry Labonte. They didn’t do anything spectacular and Lew raced it in the GTP series for 1985/6 with varied results. 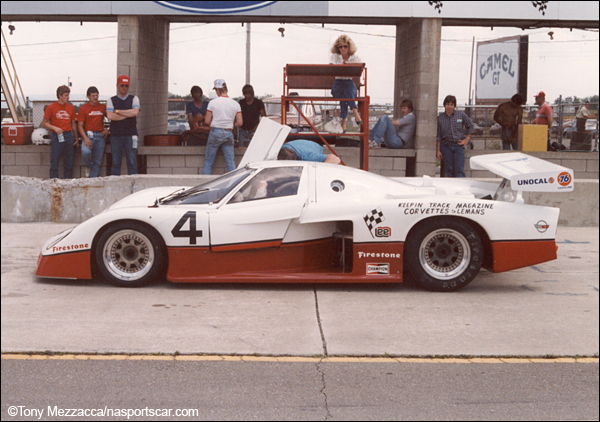 “Basically, this was an underfunded and understaffed privateer team with little expertise. A good friend of Lew’s bought it at the end of ’86 and kept it until around 2001. A fellow then bought it and raced it in the US Vintage scene for a couple of years and reportedly spent a poultice trying to beat his mate in a 962. It eventually wore him down and I bought it.

“Damax Engineering has had it for the last 12 months restoring and refurbishing it back to original and race ready. We were meant to run it at Spa a couple of weeks ago but on route to Belgium a mate of mine passed away and I had to turn home and sort a few things, so its European debut is Le Mans!”