The GTE-Pro battle continued with Tom Milner taking several looks at Toni Vilander’s AF Corse Ferrari before getting through on the run into the Porsche Curves. The #74 Corvette was then able to forge ahead to within 2 seconds of Bruno Senna who had climbed into the #97 Aston Martin and fended off the Ferrari to retain the place as new tyres bedded in, track temperatures now cooler at 17.8 degrees. 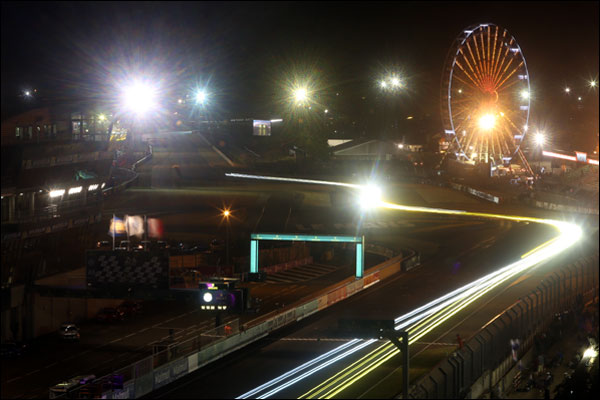 Whatever tyre issues had been challenging the #74 ‘Vette seemed to be well on the way to being sorted as Tom Milner pulled to within a second of Senna.

The recovering #8 Toyota was trying to get a lap back from Kristensen and managed to get the drag on him before the first Mulsanne Chicane, Buemi now pedalling hard in sixth overall on new tyres, though some 11 laps off the leader. 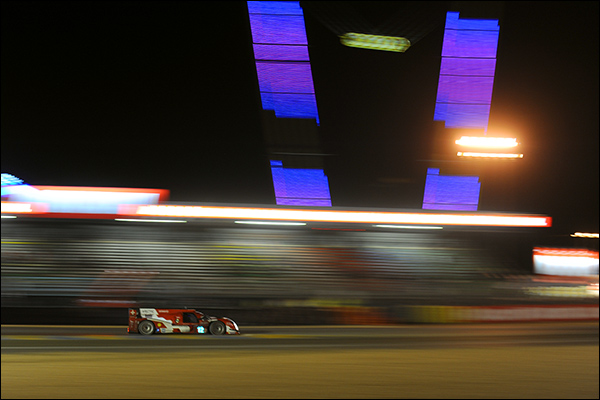 Rebellion’s #12 R-One which had been circulating consistently in Heidfeld’s hands appeared at its pit and was wheeled back in to the garage for attention.

164 laps completed, Alex Wurz climbed back aboard the lead Toyota, the TS 040 Hybrid showing no signs of relenting and holding a 2:20 advantage over the chasing #2 Audi, now in the hands of the similarly rapid Andre Lotterer. 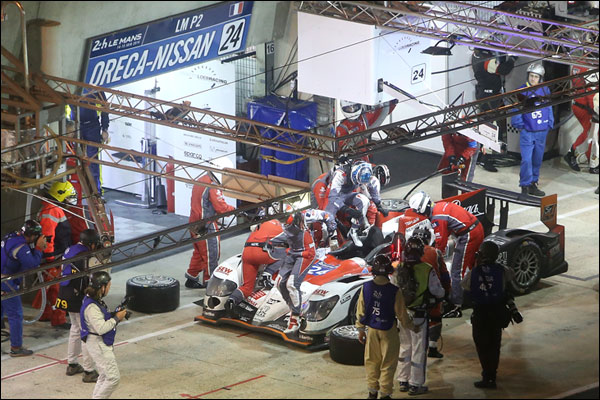 In P2, a surprise as Olivier Pla was spotted at the second chicane, the G-Drive Morgan Nissan having been involved in a collision. Though fancied as a potential class winner the #26 prototype became the eleventh retirement.

GTE-Am was, for the moment, fairly stable with Kristian Poulsen now pedalling the #95 Aston Martin to steady, consistent sector times. Luis Perez-Companc was slowly hauling the #61 AF Corse Ferrari up the order, improving to fourth in class.