Francois Perrodo told Jeremy Shaw on Radio Le Mans that the latest gremlins to strike the #75 Prospeed Am Porsche had taken up residence in the gearbox.

Andre Lotterer pitted from second at 02:18, with fuel only but with a quick adjustment to the internal front wing. A minute or so later, Alex Wurz brought the leading Toyota in and handed over to Stéphane Sarrazin. A driver change, too, for the #14 Porsche, with Marc Lieb taking over from Neel Jani after the car’s first 14-lap stint. 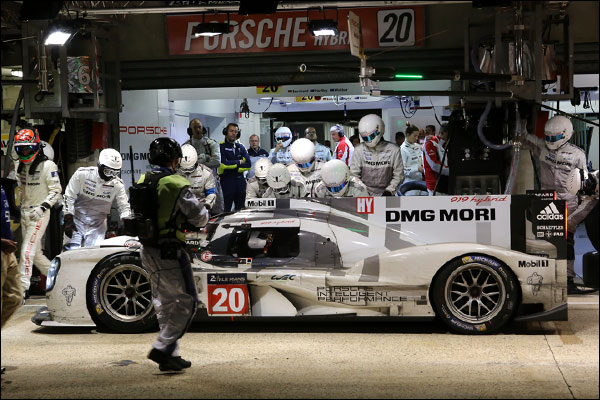 The troubled #91 Porsche had been released from its latest lengthy stop (65 minutes) at the end of the 11th hour and looked finally to be running okay. Had the fuel pressure problems finally been cured? We’d have to wait and see. 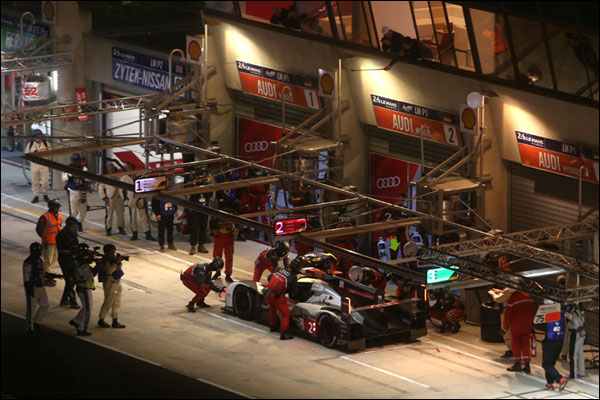 Further up in the Pro field, Toni Vilander was catching Tommy Milner hand-over-fist in the fight for second; the #51 Ferrari just 0.8s off the #74 Corvette and under 11 seconds behind Bruno Senna in the #97 Aston Martin. This battle got closer and closer, with the Finn harrying the American all the way round the Circuit de la Sarthe. Senna, meanwhile, was able to pull away even further from the two cars. 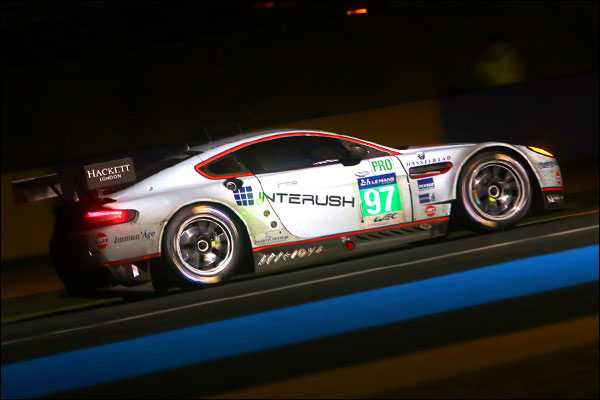 As the fight for the GTE lead continued, Brundle pitted from the P2 lead and stayed aboard the G-Drive coupe after a 60-second stop.

Andrea Bertolini, #72 SMP Ferrari 458: “We’re happy with the car and the team’s done a great job so far. We feel that we could be leading the class as we made an extra stop during the rain.” Basov was in the Ferrari at the time, with Bertolini next in.

Jordan Taylor, #73 Corvette: “We got caught out by both Safety Cars and are a lap and a half down on the next Pro car. All we can do is keep going and see what happens.” 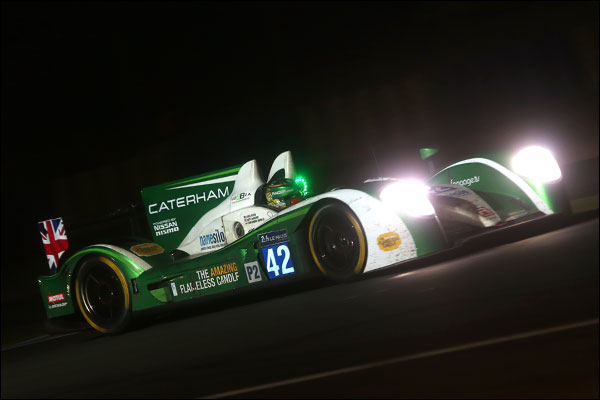 Alvaro Parente, #52 RAM Ferrari 458: “I just did my first-ever night laps. They were challenging and interesting – there’s a lot to get used to, driving in the dark, but I was fairly happy with my pace considering we have mismatched shock-absorbers across the car. We’re replacing the alternator at the moment and will be back out.” 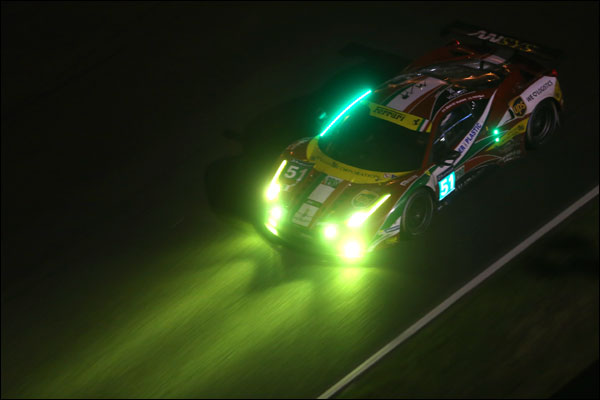 Taylor took the #73 Corvette over from Antonio Garcia at 02:45, but suffered a spin on his outlap. Moments later, Tommy Milner brought the #74 C7.R in for Richard Westbrook, having successfully fended off Vilander. The AF Corse driver had also handed over his car by this point and Giancarlo Fisichella was behind the wheel again.

TK stopped the #1 Audi for fuel just before the halfway point, while Bruno Senna did the same in the #97 Aston. But there was drama just moments later as the Audi was reported to be slow between the chicanes on his outlap. The Dane tried a reset which helped, but the car was clearly a long way off its racing speed and he would have no choice but to pit again, with almost exactly half of the race still to go.