We started the thirteenth hour with high drama, as Tom Kristensen struggled to get the #1 Audi back to the pitlane after encountering what appeared to be an electrical problem. Experience tells in a situation like that, and wisdom prevailed as he worked to re-boot the system as he coasted through the Porsche Curves, sometimes slowing almost to a snail’s pace. His nifty switch-work regained some of the car’s power at least – enough to get it back to the garage, where the #1 was hauled unceremoniously backwards into the garage.

Kristensen had entered the pitlane from third, but with only a narrow margin over Timo Bernhard in the #20, and the Porsche duly took the position. The delay for the #1 was fairly lengthy, with one set of mechanics carrying out a routine clean and tidy of the car whilst another group worked to correct the fault. Roughly seven minutes after it arrived, the #1 departed once more, now with di Grassi in the cockpit. The car was swiftly up to speed, and resumed its scything through the field. The overall delay was equivalent to about three laps, and di Grassi settled into fourth.

Dr Ullrich explained: “Tom lost engine power, and we saw that one of the engine’s injectors didn’t work properly. He came back to the pits and we changed the injector. The guys had looked into the data, and they could see what the probable reason could be. It must have been right, because it now runs.” 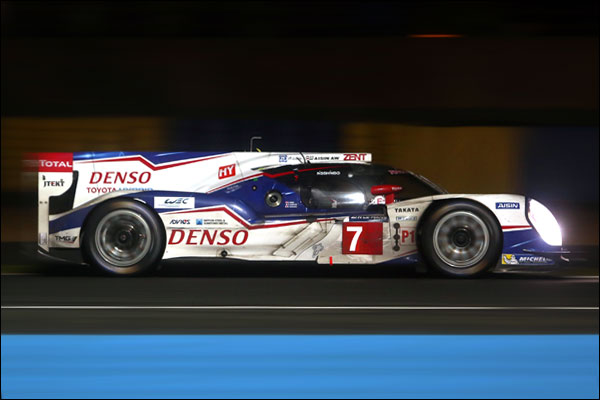 Heading beyond half distance, Toyota #7 led by more than a lap over the #2 Audi, with an even bigger gap back to Timo Bernhard running third for Porsche in the #20. Despite the delay, di Grassi held fourth by less than a lap, and enjoyed more than two laps advantage over Marc Lieb, fifth in the #14 Porsche.

Having already completed a mammoth quadruple stint in the #35 Ligier earlier in the race, Jann Mardenborough was persuaded back into the cockpit of the LMP2 leader some fifteen minutes into the hour. The former GT Academy winner has repeatedly proven his value to the team this season, and here he was doing it again, acting as anchor to the squad and pushing on to increase the 60-second lead over Paul-Loup Chatin in the #36 Signatech Alpine.

In GT-Pro, the prospect was starting to develop of a challenge to Bruno Senna in the leading Aston Martin Vantage #97. Having been handed a healthy lead, thanks to the determined efforts of Darren Turner, the margin had shrunk steadily until it stood at just 20 seconds as the Aston started its 173rd lap. Giancarlo Fisichella, chasing hard in the #51 AF Corse Ferrari, posted a 3:39.580 to set the car’s fastest lap of the race, and sliced another two seconds out of Senna’s lead.

The #95 Aston mimicked the situation in GTE-Am, David Heinemeir Hansson leading the pack by almost three minutes over Bertolini in the #72 SMP Racing 458 Italia, but in the case olf the Am category Aston, the gap was growing.

Just after the half hour, the #20 Porsche burbled gently down the pitlane to bring Timo Bernhard’s stint to a close; Brendon Hartley taking over in the cockpit and holding third. Next time around, the ‘#1 Audi also pitted, thereby maintaining the gap between the two.

03:14 and there was trouble for the #14 Porsche, with Marc Lieb crawling slowly down the Mulsanne and round the famous corner. His pace was so slow that ever other car was able to slice by with ease. It was touch and go as to whether the Porsche Hybrid, running wholly on electrical power, would have enough ‘juice’ to make it all the way to the pits. It did, but only just! 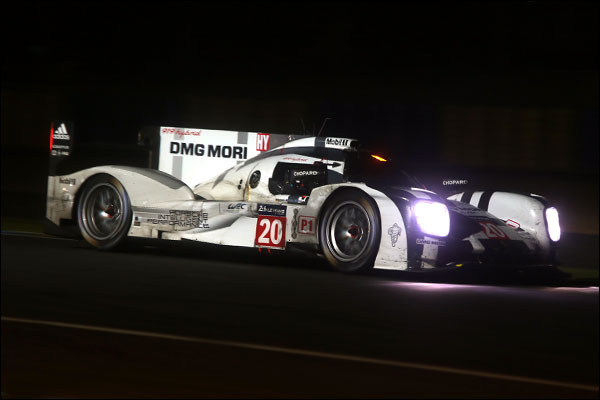 Meanwhile, a quick additional pitstop for di Grassi in the #1 Audi to have a punctured tyre replaced.

In GTE-Pro, a pitstop for Fisichella allowed Richard Westbrook through to second, but the roles were reversed two laps later, when Westbrook also pitted, and the Italian regained the place. Others completing scheduled pitstops included the #2 Audi and then Bruno Senna in the #97 class-leading Aston., who returned the car to Darren Turner for the Englishman’s next stint. He rejoined behind Fisichella, but by a mere 14 seconds. A resumption of the highly entertaining dual we’d witnessed earlier looked to be on the cards!

Mardenborough displayed true style by posting the #35’s two fastest laps in quick succession before pitting for fuel, and then swiftly returning to the track. No such luck for the #14 Porsche, which began what would become a lengthy stop in the garage. 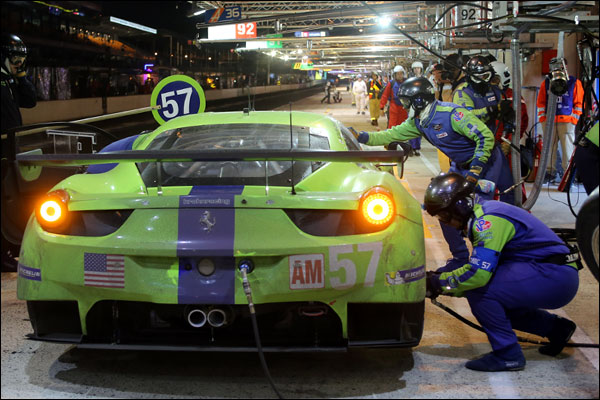 As the clock swept round towards four in the morning, Ben Collins returned to the cockpit of the #57 Krohn Racing Ferrari, adding to the triple stint he’d completed over dusk on Saturday evening. He’d not been there long when he posted a new fastest lap of 4.00.396 for the car, now running 6th in GTE-Am, having started 16th. 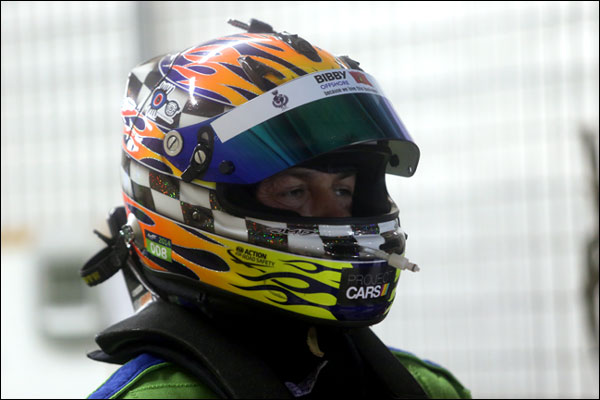 Ben Collins, Driver, Krohn Racing #57: “My first triple stint on Saturday afternoon went really well. It was the first time we’d attempted to triple-stint the Michelin tyres, but they stood up remarkably well. OK, they were getting a bit gnarly through the high-speed corners towards the end, and I was scaring myself witless through the Porsche Curves, but I coped. If we can get to the finish, and not take too many risks along the way, I think we could do really well here. I’ve set some very consistent lap times, as well as being good on fuel. I managed to make each stint last well over an hour, and I was pleased with that. It’s been tons of fun.” 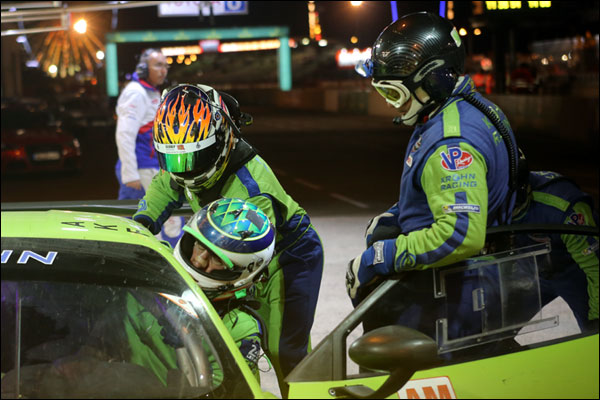