This extraordinary race looked destined to keep dishing up shocks and surprises to the very end, beginning with the GTE-Am-leading #95 Aston Martin going into the garage with 55 minutes remaining. However, with three laps in hand, it was entirely possible that this was a precautionary checkover and the car was back out before too long and rejoined, Kristian Poulsen still at the wheel.

The #97 Pro Aston was also in the pits, but with so much ground having been lost already, the only priority for the team was to get the car to the end to collect the championship points available.

In P2, Oliver Turvey pitted the Jota Zytek and took on fuel only. The #46 Thiriet Ligier had already stopped for a full service and a driver change – Ludovic Badey taking the car to the end – and the Zytek emerged from the pits just a couple of seconds ahead of the coupé. This was now a chase to the finish.

Abdulaziz Turki Alfaisal caused the JMW team a late heart flutter when he dropped the #66 Ferrari into the kitty litter, but the car was able to be retrieved without damage and the Saudi driver carried on, seventh in GTE-Am.

With 40 minutes to go, the #12 Rebellion R-One moved past both Porsche Hybrids into fourth place.

Benoit Tréluyer made the #2 Audi’s final scheduled stop with 38 to go. It was short, yet unhurried, and the car pulled away without any fuss for the run to the flag.

The #51 AF Corse Pro Ferrari made its final stop with 23 minutes to go, Gimmi Bruni just needing a splash of fuel and a clean of the windscreen before returning to the track.

A remarkable Jota victory was almost certainly sealed in P2 with 20 to go when both the second-placed Ligier and third-placed Alpine had to stop for a splash. Mark Schulzhitskiy also brought the #35 G-Drive JS P2 in, but the erstwhile leader was now down in fifth – ninth overall. This had been an excellent effort and only relatively-minor issues had separated the car’s young trio of drivers from glory.

It transpired that Oliver Turvey did indeed need to make a late splash, but Turvey still had 24 seconds in hand over Badey when he rejoined.

The #14 Porsche was wheeled out with seven minutes still on the clock, with a final attempt at complying with the regulations to be classified as a finisher and thus collect FIA WEC points.

All that was left now was for the final couple of laps to be completed. The #2 Audi began its 379th and final lap with three and a half minutes on the clock and crossed the line five minutes later to the great applause of the crowd and the delight of the Audi team for the marque’s 13th win. 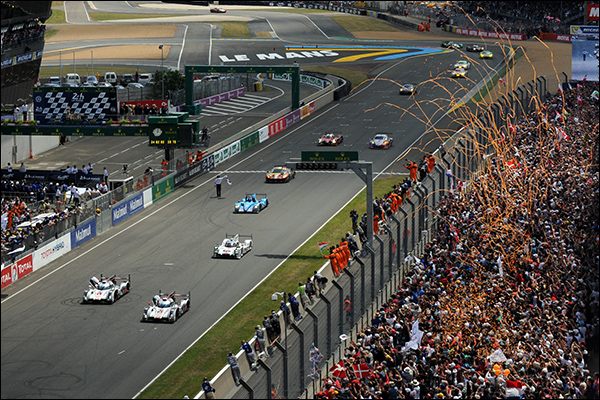 Gimmi Bruni brought the #51 Ferrari home to the Pro win, but the most emotional finish was undoubtedly that of the #95 Danish Aston Martin – a hard earned and fully appropriate victory after the heartache of 2013. Just about the last car home was the Jota Zytek, with the British team soaking up the applause of the crowd after completing a remarkable comeback victory.

We’ll have a race wrap-up shortly, but until then we leave you to your memories of a truly memorable – for all the right reasons – 24 hours of racing. 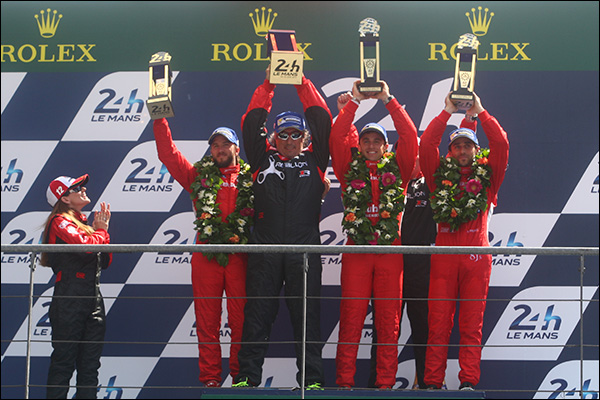 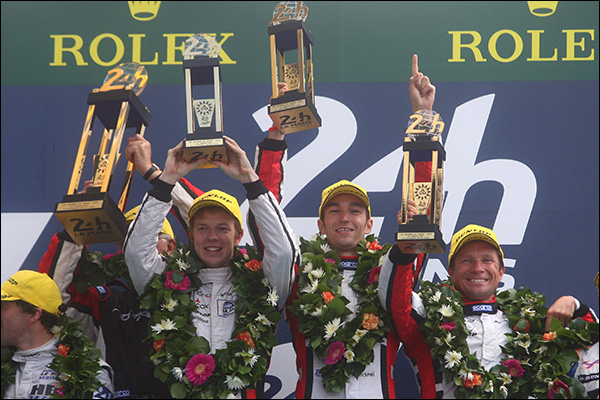 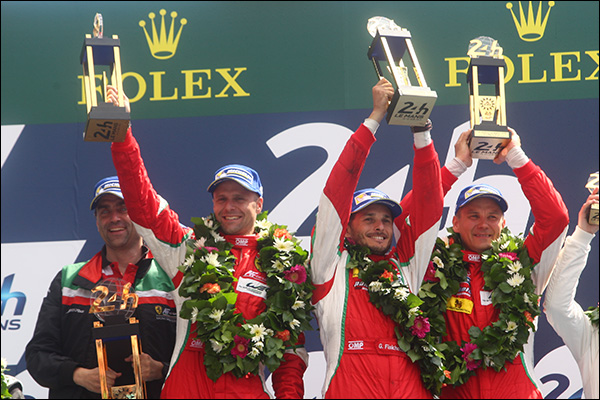 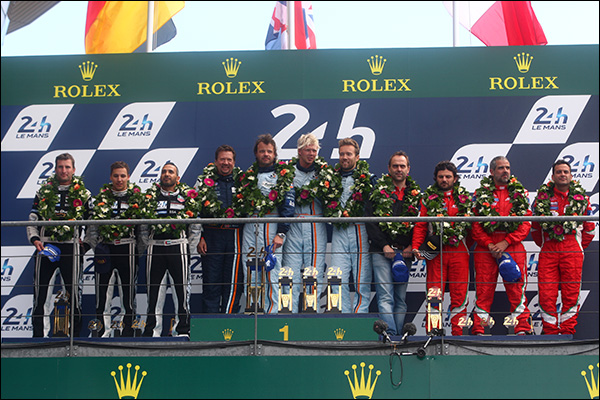