With the benefit of a couple of nights’ proper sleep, and a bit of retrospection, I can now look back on the 24 Hours of Le Mans and see both good and bad from the weekend…something which hurt too much to do on Sunday night when the disappointment of not finishing higher than 4th was overwhelming. 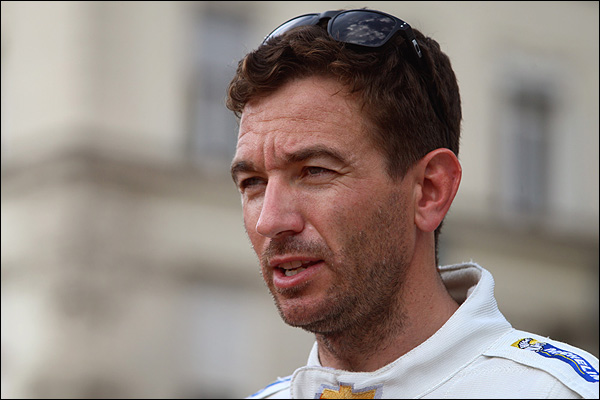 I’m not sure what’s worse, being nowhere all week and never reaching the levels you’d anticipated, or reaching them and leading the race as we did this year, and then having it all go wrong. Our No.74 Corvette just doesn’t seem to be able to catch a break at Le Mans in the last few years but we led the race on merit, had some great battles at the front of the GTE Pro class with the AF Corse Ferrari, our teammates in the No.73 and Aston Martin, and there was a Corvette on the podium – just not the right one as far as I’m concerned!

Congratulations to Gimmi, Giancarlo and Toni for their win and great pace throughout, proving once again pretty much that the car with the least amount of problems is the one which wins – we spent 38 minutes longer in the pits than the No.51 in the final analysis. The battles we all had out there absolutely sums up why Le Mans is so important to us all. The best sportscar drivers in the world are all on track together and there’s rivalry, respect and nose-to-tail competition hour after hour with no quarter given, but no silliness either. It was mega.

We’d had a good test day and came away from that Sunday feeling very confident about our chances. Although the C7R is new for 2014, it had already done a good deal of testing, a 24 and 12-hour race and a good many of the gremlins had been found and ironed out. 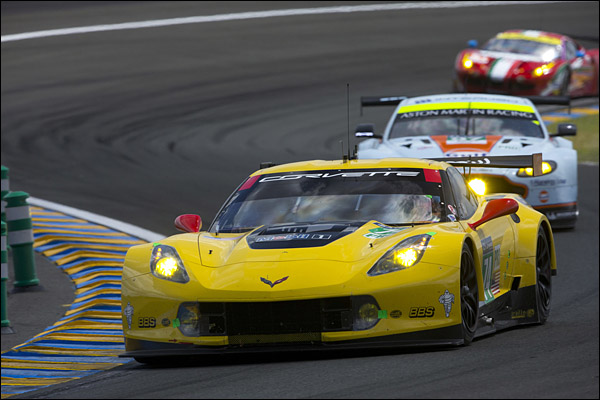 Le Mans though has a habit of always throwing up something new. The weather is unpredictable, the track changes a huge amount through the race as it rubbers in, the competition is exceptionally strong, and there are often a lot of ‘unknowns’ when it comes to cars and drivers in other classes.

Wednesday and Thursday’s practice and qualifying sessions were just ridiculous, with the number of accidents which occurred due to what appeared to be driver error from pushing too hard. The track was fine, the weather was good, the gentlemen drivers in LMP2 and GTE Am all seem to have benefited from their simulator training, so it can only have been down to the drivers!
Thursday for us was certainly better for us than Wednesday as we a differential problem on the first day of running which lost us about an hour of track time, an hour we could ill afford to lose with all the other stoppages. On Thursday we at last managed to get some decent running in the car and develop it a little more, qualifying 4th in class. We felt like we had a reasonably good, but not brilliant, racecar as we were still lacking rear grip and just couldn’t seem to get the tyres to work for us at their optimum. We knew it was going to be a dogfight in GTE, but Tommy, Richard and I all knew that we just had to keep going and we’d be right there.

And that’s pretty much what happened right up until the 15th hour when it all went a bit awry for us. We’d been in the top three, led for several hours and were a real contender, benefitting from a gamble in the first of the two short, sharp rain showers when we decided to stay out on slicks instead of pitting for rain tyres.

Tommy then did some absolutely mega stints which kept us right in the mix, but the most bizarre of things proved to be the start of our slide. We lost a lap when we had to make an unscheduled stop to replace a door – due to the car’s number sign not being illuminated enough to satisfy the officials. I’ve never had this happen before but you do what you have to do and are then prepared to go on a charge to make up the lost time. 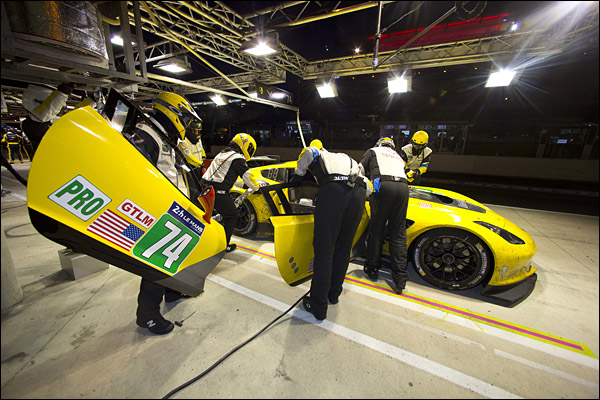 Unfortunately I then got a low voltage reading and could smell burning inside the car. I came into the pits and the guys pored all over the car trying to find out what it was, eventually diagnosing a gearbox oil leak and slipped alternator belt as a result. We eventually went eight laps down but, once it was fixed, we gave it all we had to make up some lost ground and get to the finish. We made up a couple of laps but it wasn’t quite enough for a place on the podium alongside our team mates.

For Chevrolet, and everyone within the team, to see this new generation of Corvette finish second and fourth is a real testament to their commitment to sportscar racing at the highest level. On a personal level it’s very disappointing to have been in contention for the win for so long and to then see it taken away, but congratulations to the team for a well-deserved result.

It’s now onto another favourite track, Watkins Glen, for the 6-hour race next weekend (29th June). The ‘lucky’ Red Bull Ring beard has now gone – as that appeared to only work in Austria – so perhaps this next one will come our way?