“We had a solid top 5 finish at Monterey in early May which made it three in a row to start the year for us but I left California feeling like we hadn’t achieved the maximum result possible.

“Our Audi was mega quick and in the race we had the fastest car on track and having set the fastest race lap, settled into saving fuel. As a driver when you have a quick car saving fuel can be really frustrating as you want to push that car to its limits. 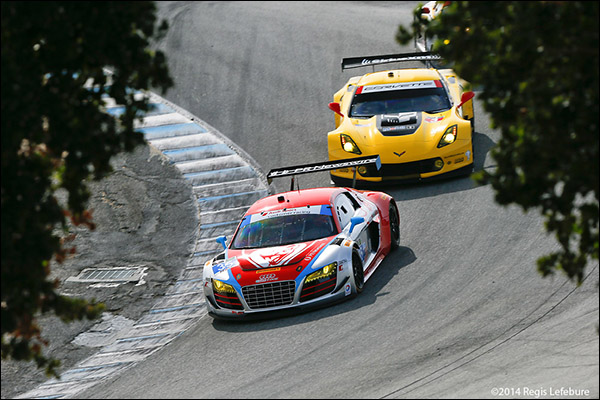 “We had to pit for a splash with just two laps remaining which took us out of the battle for what would have been the eventual win and dropped us to fifth place.

“My most recent race was in ‘Motor City’ and Detroit was a weekend to forget. We had a really strong car in the race but a few factors out of our control cost us a possible top 10 or even top 5 finish.

“Our race strategist on the #35 car made a great call to get us back on the lead lap as I got in the car but confusion on timing and scoring on a car in front of us led to a group of leaders getting a wave around which made us lose a lap again.

“From that point we ran with the leading pack for the rest of the race and had good pace but could not do anything with that speed.

“It marked the first ‘street’ race we have had with the Audi but the Lizard engineers had our PR Newswire/eSillicon Audi R8 LMS working really well around the circuit.

“While the next race at Watkins Glen at the end of this month could not be more different from a track perspective, or an actual race perspective as it is 6 hours in duration, I believe we actually learned a lot in Detroit that will help us at the Glen.

“We also were able to identify key areas for us to continue to work on which will hopefully pay dividends moving forward.

“I’ve got some great memories of Watkins Glen. I had my first professional win there and last year I had the opportunity to drive in the ‘factory’ Audi Sport Customer Racing R8 LMS in the Grand-Am Rolex Series race alongside Filipe Albuquerque and Edoardo Mortara. 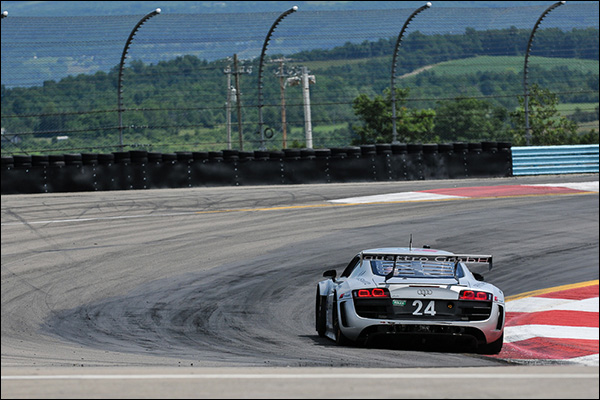 “Although our final result was not what we wanted, the car was fast. My Lizard team-mate Seth Neiman also got his first professional race win in his first race ever at Watkins Glen 10 years ago.

“After the rough weekend in Detroit we’ve got a few weeks to get lots of hard work in to come back better.

“I believe our Audi R8 LMS will fit well around this circuit. We have a car that is really strong on the brakes and the entry of corners which are two important components to getting a quick lap around Watkins Glen.

“We are determined to come back fighting so I can’t wait to see what improvements the team make on the car over the next few weeks and see how strong we can be there!”