In the second of his British GT blogs, Oman Racing’s Rory Butcher reflects on the recent Snetterton double-header, where he shared the #5 Aston Martin Vantage GT3 with his third teammate of the season, former BTCC racer Jeff Smith.

Snetterton was certainly a challenging weekend for the whole Oman Racing Team, but also one that we can take a lot of positives from! 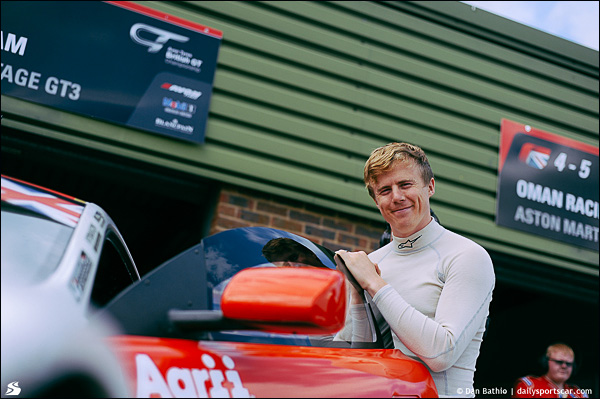 We worked hard in Saturday’s practice to build Jeff’s confidence in the Aston and also find a good balance in the car for Sunday’s race and he did a superb job – his technique only needed some fine tuning to suit the car. The main area we worked on was his braking technique and we pushed him to carry his braking zones further into the corner entries as this generates weight transfer over the front wheels, thus helping the car to change direction. 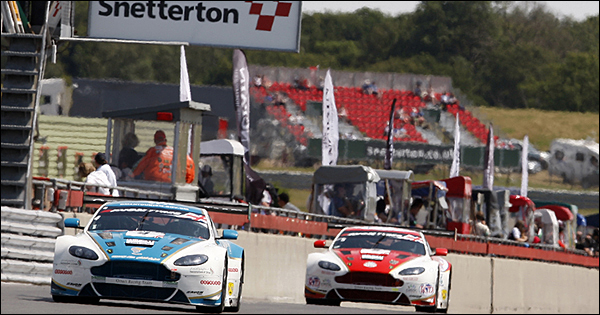 We were struggling with rear end stability in both cars and the team made some changes for qualifying. It was a frantic session with a red flag during my fast lap, but Jeff managed to build on his practice times and qualify 13th in the Amateur group for Race 1, while I posted the 10th quickest time out of the Pro drivers for race 2.

We were left scratching our heads, as the changes we made to the car’s set-up didn’t solve the rear grip issues we had suffered in practice, so we looked at the facts and took on board both Jeff’s and my own feedback and decided to make a number of big changes to the car for Sunday’s races. This was a big risk as we would head into Race 1 with a car which would feel completely different – but we had no choice! 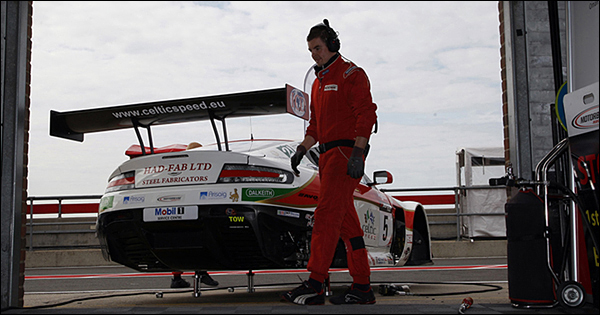 Jeff started Race 1 from 13th and slowly built up his pace in the initial laps. As his confidence grew he reeled in and passed Steve Tandy in the Bentley to promote himself to 11th. He headed for the pits in ninth after making up two further positions and handed the car over to me to finish the remaining 30 minutes. I exited the pits with John Gaw just in front and Jonny Adam pressuring from behind, but the car was on rails and had such a different feeling from Saturday!

Two laps into my stint I managed to get the cut-back on John coming out of Bomb Hole corner to move up a position and I then got my head down and pushed really hard. With only five minutes remaining I was in sixth and closing in on fellow Aston Martin driver Richard Abra. I pushed to the limit and in doing so I made an error while braking into Brundle’s and slid on to the grass, which dropped me down the order. I couldn’t have been more disappointed in myself after Jeff and the team had worked so hard to be at the sharp end. We finished 10th and I apologised to the crew straight away over the radio for such a silly but costly mistake. However, the guys were very supportive and were still in high spirits after the pace we demonstrated. 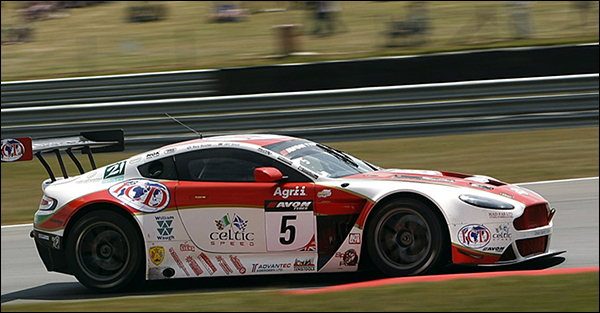 We had a strong race car on Sunday 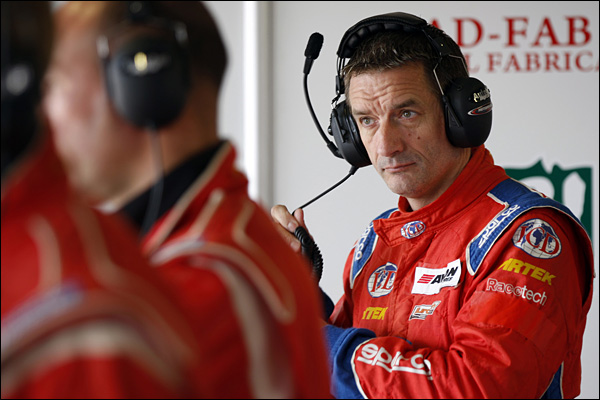 I started Race 2 and headed towards the start line on the rolling start and as the red lights went out I got a good run on the cars in front and passed the Porsche of Phil Keen into Turn 1 and got around Richard Lyons in the Ferrari at the Montreal Hairpin. By the end of the first lap I was up into seventh, just behind Tom Onslow-Cole. We came around for Lap 2, but the race had been red-flagged due to a large incident involving three cars, but thankfully no-one was hurt. The race was started as a new race which meant I had to drop back down to 10th, which was disappointing after such a great start. This time we set off from the rolling start in single file which took away any opportunities to pass on Lap 1. I battled with Aaron Scott in the Ferrari – who was quick and pressured me throughout my stint – before handing the car over to Jeff in 10th position; and with a pit stop that took just a few seconds too long he dropped down to 13th. The positive thing is that Jeff displayed really strong pace in his stint and posted the second quickest lap time out of any amateur driver and secured our second finish of the day. 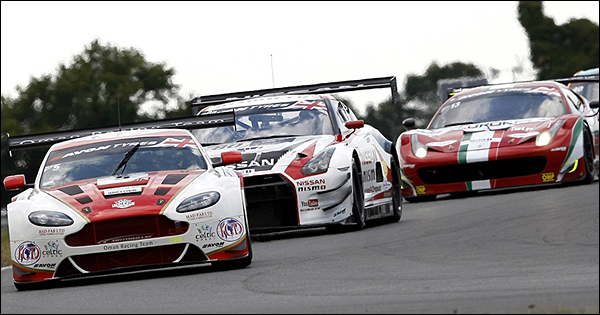 We definitely suffered from my error in Race 1 and the red flag in Race 2, but the speed we displayed in the races was good and I look forward to what the famous Spa-Francorchamps circuit in Belgium holds for us in July!