While many of us up and down the pit lane had raced at Watkins Glen International before as participants in the Grand-Am Rolex Series, this weekend marked an inaugural visit for the TUDOR United Sportscar Championship and, amazingly, a debut also for Corvette Racing. There are not so many places Corvette Racing can’t have raced at in the USA, but this was one of them. 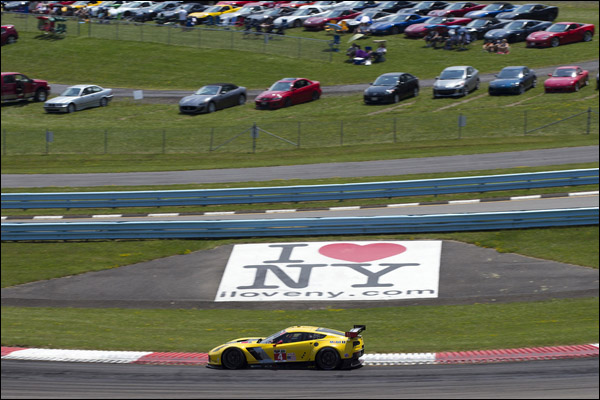 The team made it a weekend to remember with a resounding victory in the GTLM class for our sister C7.R of Jan [Magnussen] and Antonio [Garcia], but for me and Tommy [Milner] the sun didn’t blaze down on us quite so brightly. We were on course for a podium finish, having held second place behind our team mates for much of the 6-hour race, but a stop-and-go penalty inside the last hour for what race officials judged to be avoidable contact interrupted our plans and we ended up fourth.

Massively disappointing as this was, the points we got were enough to move us into the class lead in the four-event Tequila Patron North American Endurance Championship with just the 1,000-mile Petit Le Mans remaining at the end of the season.

We’ve been chasing a mysterious handling imbalance for pretty much the whole of the last two months, including Laguna, the Le Mans test and the race itself, so we decided that drastic action was called for. After Friday’s practice session, we made some wide-ranging set up changes for Saturday and feel now that we’ve made a big step forward. We went back to basics with stuff, changing a lot chassis-wise. It wasn’t perfect as we haven’t had time to fine-tune it yet, but it was a lot better than it had been, and good enough to race and be in the hunt at the front of the field. The class is so competitive you’ve got to be at the top of your game in every respect.

Qualifying wasn’t too bad considering all of the above, and Tommy did a brilliant job at the start of the race and really got us in a fantastic position. It was really hot and intense racing throughout the whole six hours, and every lap felt like it was a qualifying one and it was all looking good until the penalty and the late yellow which closed up the field for everyone. 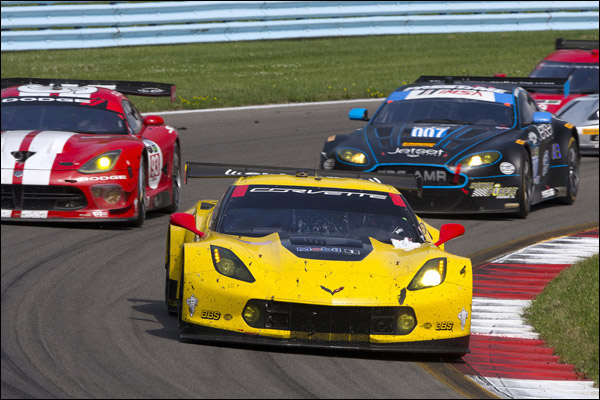 On the double stint that I did, the first part was on the medium compound tyres, and that was good and I was pretty much able to stay with Jan in the sister car. On the harder tyre we used for the second stint it was trickier and it made it a lot more difficult. The track rubbered in a lot during the six hours, but I don’t think I’ve seen as much discarded rubber/marbles lying off the racing line since I did karting. I suppose it’s the combined result of the 53 cars in our race plus the Continental Challenge race from the previous day.

Anyway, we were still there in second-place – looking like we were going to be able to fight for that – and then Tommy just got what we felt was a crazy decision for a penalty. At first they wanted to give us a stop/go plus 75 seconds for contact when Tommy was already into the corner, and which saw our car’s left rear being touched by a GTD car’s right front, but the team successfully argued that was excessive. There was a lot of to-ing and fro-ing about it before we were finally given a stop and go which effectively ruined our race. Tommy went to see the Race Director afterwards to try and understand why he’d been penalized but, even after seeing the footage, it’s a bit of a mystery. 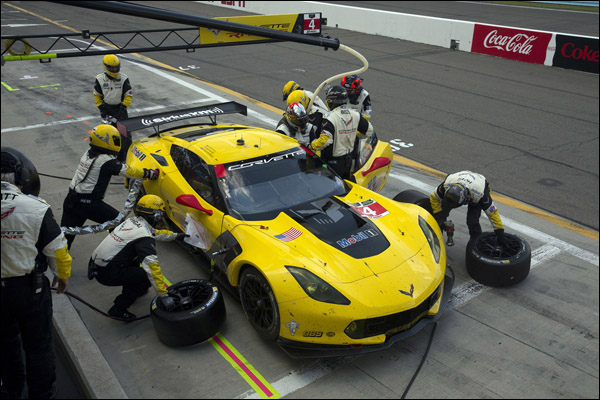 That dropped us down to fourth which, considering how tight it was in the class on the one and only green lap at the end of the race, we did well to hold on to. Second would have been a proper reward for the guys on our No.4 Corvette who all worked extremely hard this weekend, but the progress we’ve made with it is very encouraging for the rest of the season and I think we’re back in the game now. It was a great job and a fantastic result in front of a huge Corvette Corral (nearly 400 cars over the weekend) by the No.3 crew, and hats off to Jan and Antonio, but it’s definitely our turn now! Big congrats too to our endurance team mate at Spirit of Daytona Racing, Richard Westbrook, who won overall in a Corvette Daytona Prototype with a great pass on the last lap. You can safely say it was a pretty good day for Chevrolet!