Plucked from an upward trajectory in fledgling saloon and GT series to be selected as one half of the Beechdean AMR ‘junior’ squad, Jake Giddings’ inauguration to the British GT4 championship could not have been more auspicious. 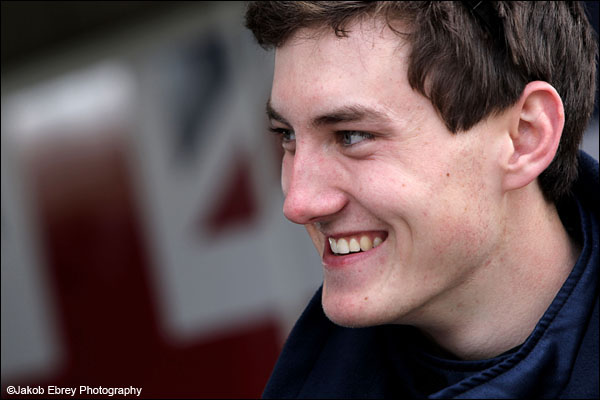 With engineering support from the Aston Martin organisation, the 2013 British GT3 Championship winning team is arguably the highest profile outfit to have openly invested in GT4 as a proving ground for emerging driver talent this year: an endorsement of GT4 as a significant series, and providing something of a new benchmark (or a target) for other competitors. Certainly the #407 Aston Martin looks the part, sporting the same livery as its championship winning big sister, but results have to be earned and though performance has been commendable and consistent so far for its young crew of Giddings and co-driver Ross Wylie, the learning curve is still evident. 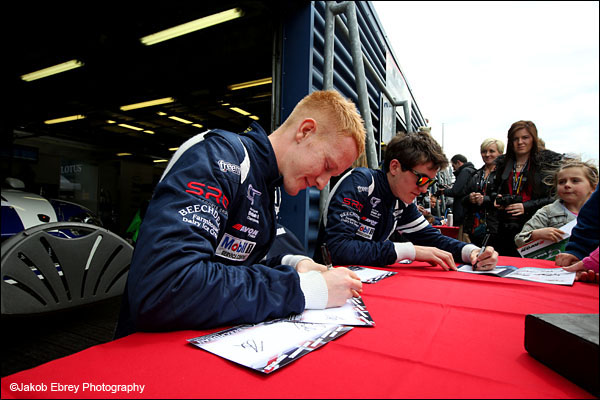 Wylie has sometimes, to me at least, seemed the slightly more visible of the two; the young ‘flying Scot’ often quoted by DSC during our coverage. But as the season approached its half-way point at the Snetterton meeting, I was keen to discover more about his team mate, the truth being this is a well matched combination of talent both in and out of the car.

So how did it all start, Jake?

“I grew up in a small village called Upwell, not far from here on the Cambridgeshire / Norfolk border, so this is in fact my local track. I’m 19 now, but I started racing 5 years ago. Unusually, I didn’t go down the karting route. I suppose I was very lucky and got straight into Ginetta Juniors. That was great because you’re immediately learning how to handle a car and developing your race craft. You also have to get your hands dirty and learn the engineering side of things from a practical point of view. It’s a skill that’s stood me well, not just in being able to communicate with your engineers, but also to appreciate any changes you make – you’ve changed the settings and decide how they work for you from the driving seat. It becomes more intuitive and I think I have good set-up skills now. 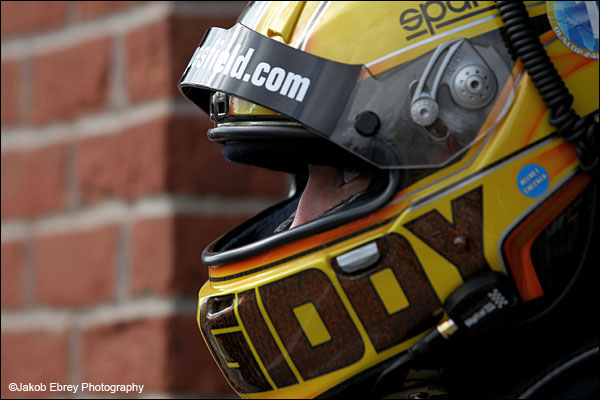 “Both Ross and I are quite similar in that respect – you’ll see us with our sleeves rolled up working on the car with the crew [as indeed I did, which prompted the question – ML]. We’re hands-on; it’s second nature to us.

“So I did the whole national curriculum, driving at every circuit – I think the only place I’ve not driven is Cadwell. Then I got to know Jonny (Adam), who I’ve been lucky to have as my driver coach for three years now. He coached me in the Junior series and in Clio Cup. It was his experience that led me toward the GT career decision rather than Touring Cars, and he put me forward.” 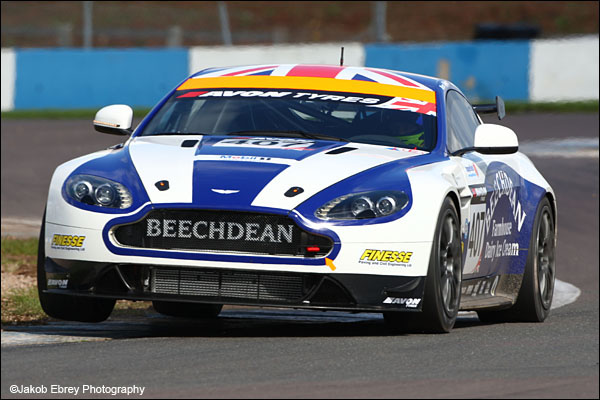 Endurance racing seems an increasingly popular step. Is it a hard transition to come straight from short format racing?

“I don’t think it’s too bad. Endurance racing is different these days – or so I’m told! It wasn’t a complete change when I came into this though. Jonny had encouraged me to do some endurance racing and I did the Dubai 24 hours two years ago, which was good experience. The whole enduro thing is definitely something you have to get your head around – just the mental adaptation with traffic is a skill in itself. You have to be quick and concentrate on your race, but you have to allow for other cars over a greater distance, both passing and being passed. I enjoy it though; it’s a skill you have to learn and all part of the challenge.” 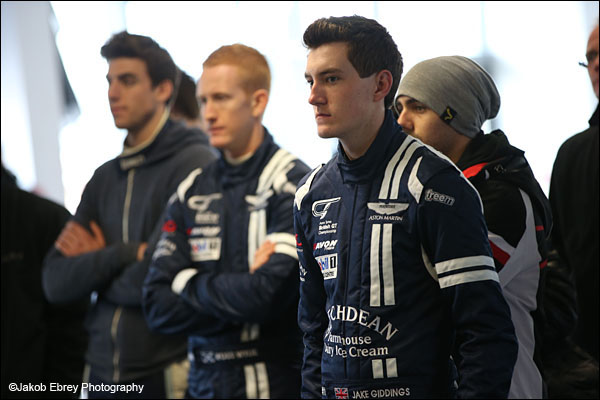 You’ve spent some time on the Simulator – how much does that help?

“It’s particularly useful if you’ve not done the circuit before. But for me personally I’d rather be behind the wheel of the car. You can’t beat a proper test.” 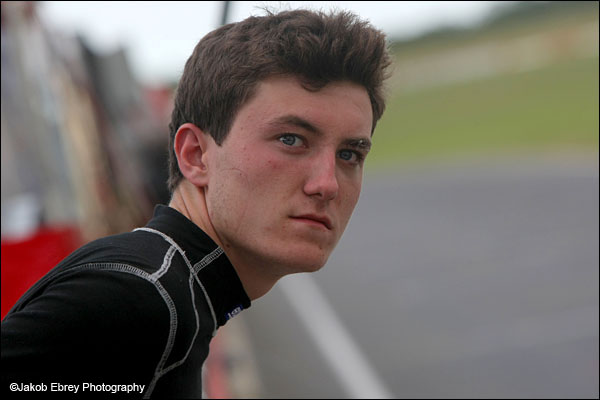 Given the importance placed on relative driver abilities, how do things work between yourself and Ross?

“Ross and I have gelled really well and I think it shows. We have very similar driving abilities and we get on really well both in and out of the car. We both appreciate the situation we are in.” 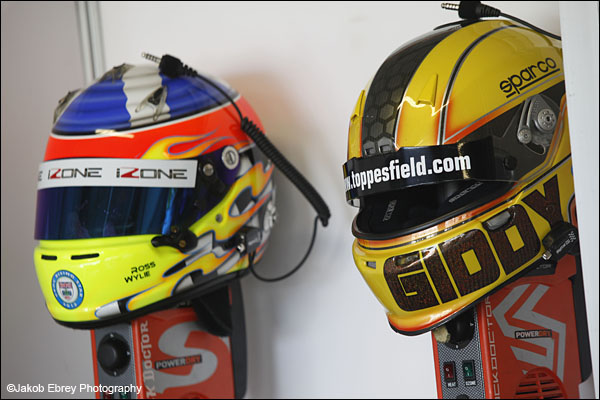 So at the half way point of the championship how do things feel?

“Well, you have to remember this is a team effort. We appreciate the investment Andrew has made in developing this car and bringing it to the series. It’s a great opportunity for us and we need to perform, but we also need to bring the car home every time. 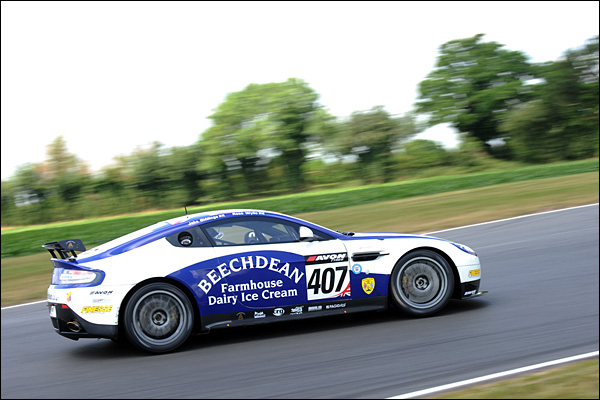 “Since Oulton Park we’ve experimented with things no-one has done with an Aston. Sometimes it didn’t work..! Even though we’ve had some good finishes we weren’t happy in the last couple of rounds and we’ve decided here to go back to the Oulton settings, which are more basic but also a better benchmark for us. Here we’ve got two sprint races. In the first one it will be a real shoot out, but in the second one we’re only fifth on the grid, so it depends. The start is crucial in the sprint races. Realistically, two podiums would be good.” 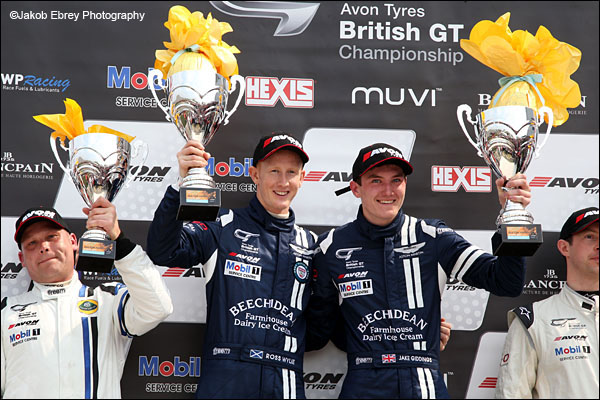 And what about Jake Giddings as a driver – what’s the goal?

“I want to go through the ranks to GT3, that’s the short to medium term plan, and it would be nice to go on to a works GT drive. Ultimately, Le Mans is where I want to be.”