Hello sportscar fans! I’m back with another Brundle Blog after a flying visit to Watkins Glen last weekend for the latest Tudor United SportsCar Championship round.

The New York venue is significantly different to Le Sarthe but, after our near miss at Le Mans, lightning still somehow managed to strike twice. We finished second – a fantastic result considering it was OAK Racing’s, Ho-Pin Tung’s and my first appearance there – but, in the circumstances, we were still gutted to miss out on victory by less than a second. 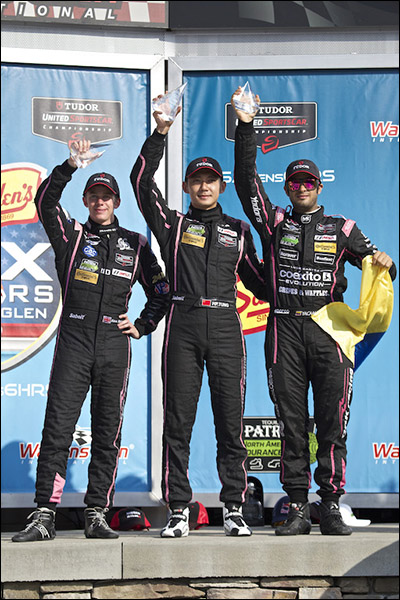 For those who haven’t seen it, the Morgan-Nissan LMP2 I shared with Ho-Pin and Gustavo Yacaman was in a fierce six hour-long scrap for victory with the Daytona Prototype contingent and, specifically, the #90 Spirit of Daytona Corvette piloted by Michael Valiente and Richard Westbrook.

Even before the decisive caution period the final race result looked like going down to the wire. I was completely ragging it and trying to pull a big enough gap over Richard to retain the lead after our final scheduled splash and dash stop. But while the fuel saved behind the Safety Car meant we wouldn’t need to pit again, it also ensured that Richard was right with me at the restart.

The way IMSA balances performance of the various prototypes means the DPs are much quicker on the straights (around 9mph), while the LMP2s pull their lap time back through the corners. Unfortunately, Watkins Glen’s long front straight followed by only one corner before the long back straight, played perfectly into their hands at the restart. Despite me trying to find space behind the Safety Car that I could launch into, I was still swallowed up on the way down to turn four.

Don’t get me wrong; I was on pole by nearly 0.7 seconds so it’s not like we struggled for speed over a full lap. The OAK Racing Morgan was bolted. But at the restart I was basically a sitting duck (or a ‘sitting dummy’ as Richard put it after the race. I (think I) know what you meant, Richard!). Burt Frisselle’s lapped Action Express DP coming past and then pushing me wide through turn one certainly didn’t help. In fact, I was livid with him after the race. He wasn’t exactly respectful of the lead battle, but I guess he was fighting for the best result he could. In any case it allowed Richard to get the decisive run. 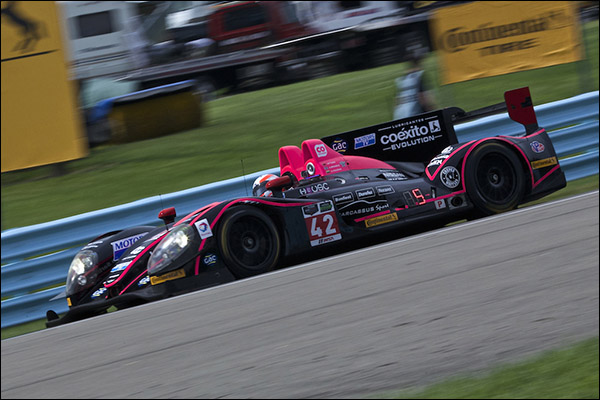 Anyone who watched the live TV coverage will have heard my radio message to the pits; it’s fair to say I wasn’t especially pleased being blasted past in a straight line! I’ve also seen that a lot of fans sympathised with my feelings, but that’s not to take anything away from Richard, Michael and Spirit of Daytona. They were all very gracious in victory. After a few races most drivers have experienced the highs and lows of our sport, and I think they felt our pain. They drove a great race and took their opportunity when it came. I’d have done exactly the same thing.

At least seeing OAK Racing take such a big step forward and securing my first TUSCC pole position/podium combo slightly made up for it. After all, it could have been a lot worse: my Dad’s only sportscar appearance at Watkins Glen resulted in retirement after 10 laps! Mind you, I have plenty more to achieve before drawing even in that contest…

I’m a Norfolk-man in New York

This year isn’t the first that I’ve competed in America, but it is the first time I’ve done so over the course of a season. Even so, visiting still comes as something of a culture shock which can actually have an impact on the way you go about your racing!

There are a lot of things about European racing that you take for granted, which are so engrained into your psyche that you don’t have to think twice about them. They just exist, reliable constants in a fast paced and ever changing environment. But in America even something as simple as measuring fuel in gallons as opposed to litres can have an impact. The same goes for trackside braking distances measured in yards rather than metres, or drivers’ briefings held immediately before the race as opposed to at the start of the weekend. 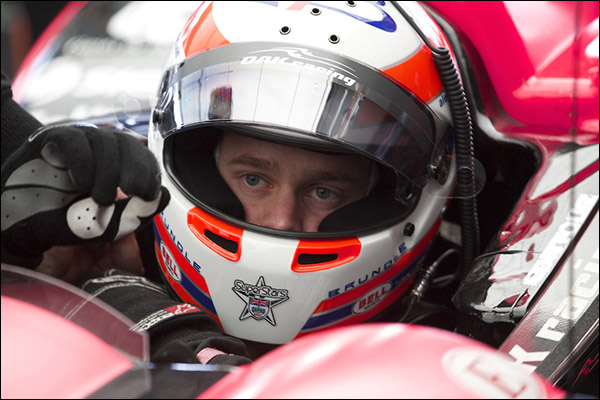 Last weekend for instance I got a radio message on the grid – ‘one minute to green’ – just as I’m looking down the start/finish straight seeing a skydiver land at turn one! Never in a million years would that happen in Europe.

It might sound strange, but it’s a similar principle to marginal gains adding up to a big difference in performance. It’s like the basic parameters you usually take for granted actually require a thought process. And when your capacity to deal with a situation is already being filled with driving and everything that entails, those little extras can make a big difference.

Or perhaps it’s just because I’m from deepest Norfolk…

There’s three weeks before my next outing in the European Le Mans Series with ART Grand Prix, so I’m taking the opportunity to attend this weekend’s British Grand Prix to catch up with some sponsors, friends and the guys I work with on the BRDC SuperStars scheme.

Not that it’s all champers and caviar in the BRDC Clubhouse (mostly). I’m long overdue a catch-up with SuperStars director Tim Harvey, who I should probably apologise to for missing last weekend’s training day which fell on the same day I travelled to The Glen (I was a bit busy, in fairness!). We’ll also chat about Le Mans and how things are going generally.

SuperStars is a great resource that helps a select-few young British drivers competing on the international stage. There are training days and activities but being part of it also opens doors and fosters relationships with established members. For instance, you really feel like the older drivers are taking an interest. Guys like Andy Priaulx make an effort to see how things are going and chat if they can at TUSCC races (or maybe he’s just a nice bloke!), and you certainly feel like you belong in British motorsport as a BRDC member. It’s worth something and a lovely feeling.

You can expect more ramblings from me after the Austrian ELMS round on July 19/20.