Immediately after Le Mans the team got a late invitation to take the car to the Goodwood Festival of Speed.

Traditionally several of the winning cars have run there so for us to get the invitation was a real honour.

The car arrived in exactly the condition that it finished Le Mans, very dirty, a bit beaten up, but I guess that’s exactly the point. I know that the factory teams that win overall often keep the cars, or at least the bodywork, in the condition it finished in. A small team like Jota can’t afford to do that so as soon as the festival was over it would be time to clean the car and make repairs in time for the next round of the European Le Mans Series next weekend. 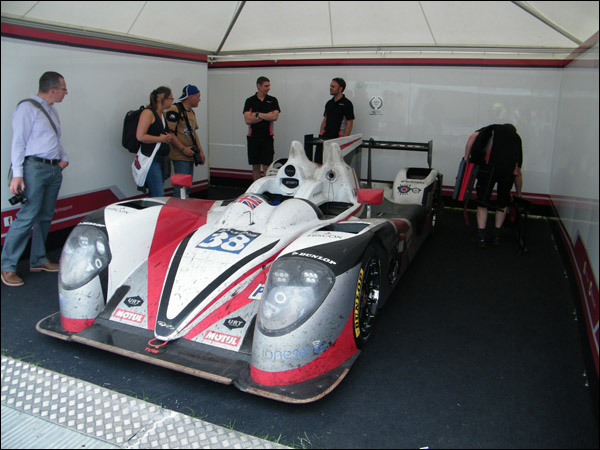 Before then though there was the chance to show the car off to a simply enormous crowd, very many of whom knew exactly who we were. The guys loved all the questions and the interest, it was really cool to be back with them with the pressure of Le Mans behind us.

I’d never been to the Festival before and the scale of the event really surprised me. I had a wander around and it was great to get to see some of these amazing cars close up, some I’d only ever read about, and others I’d never heard of!

First time up the hill in the Zytek I was taking it really easy. We had the car on wet tyres and with the crown in the road there it was moving around quite a lot.

Once I’d got to grips with the track though I gave it some!.

Then on Sunday there was the chance for Dave Clark and I to swap cars. Jota looks after a number of historic cars, including Dave’s 1995 Harrods McLaren F1 GTR. What an opportunity! 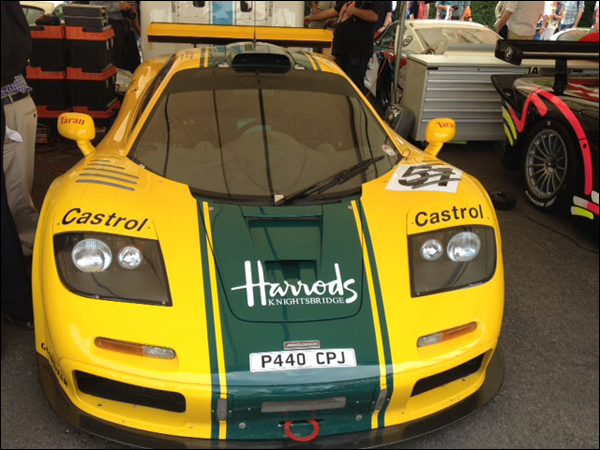 The overall experience was actually not unlike the LMP2 but in certain areas the McLaren is just astonishing – The car is seriously quick and its central seating position takes some getting used to.

The brakes are amazing and that noise!!! It was particularly cool to bring one of our mechanics down the hill after a run.

That was the fun stuff but now its back to business in the ELMS and with some work to do.

I know the Red Bull Ring pretty well, I’ve tested and raced there, most recently in F3 and it suited my driving style very well. Filipe (Albuquerque) knows it too from DTM. 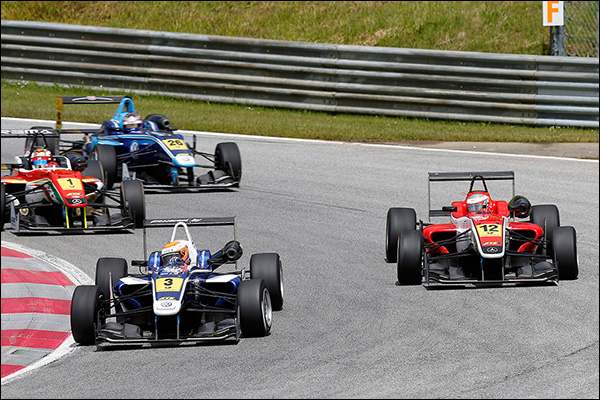 It’s a great track to race on and should suit the Zytek’s high downforce set-up very well indeed, there are plenty of opportunities for overtaking, particularly if you know the circuit well.

After Imola where we had a good race and capitalised on the problems that other major contenders had, we’re right back into the title hunt and I see no reason why we can’t continue to fight back in Austria. 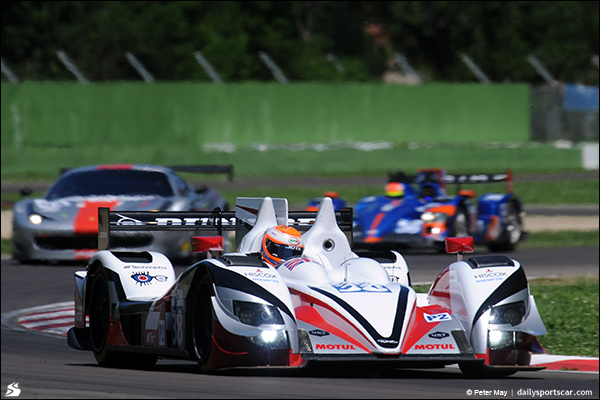 Every point is going to count so we’ll definitely be looking for pole.

For the race it is critically important that Simon (Dolan) is on top form. He has to complete 60% of the time and speed and even more importantly consistency of speed is going to be the key.

He’s driving better than ever and after Le Mans his confidence is sky high. Better still he still has real potential to improve too. That means that my role is even more key, working with him on performance and data. I think both he and I learnt a lot fro some early difficulties at Imola where he’d lost time with a lot of pick-up on his tyres and had taken a bit of a confidence knock.

We sat down, and refocused, helped to change his approach and then at the end he absolutely nailed it. It’s great to make a positive impact in the car of course, but it’s better still for me to find the opportunity to make a further contribution out of it. 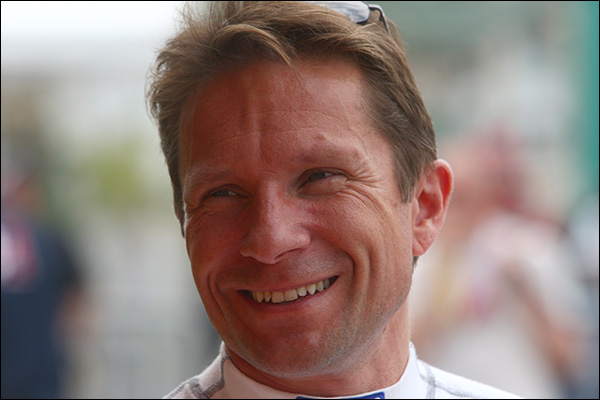 It’s a two way street too, Simon has done more of this style of racing than I have and I am learning things from him. For example, at Le Mans he was absolutely mega through the Porsche Curves and I took something from that, and with his guidance from him too that helped my own pace there.

I have to say that the more of this style of racing I do the more I enjoy it. The action on track is excellent, but the team atmosphere, everyone pulling together to squeeze the very best we can out of ourselves and the whole package is a great buzz.

We’re just six points off the lead of the Championship now – We want to come home from Austria with the lead!