Richard Leach is a regular contributor to these pages as a photographer but as with several of our regulars Rich is a motorsport fan through and through, spending a fair amount of his leisure time paying on the turnstiles to come and watch racing – His interest was pricked by a recent discussion between the DSC Ed and Radio Le Mans’ John Hindhaugh which prompted him to put down the camera and pick up a pen. Here are his thoughts on his own experiences of the cost and accessibility of the FIA’s two premier track based World Championships.

If any of you were to have listened to Midweek Motorsport on Radio Le Mans the other Wednesday evening you will have heard DSC Editor Graham Goodwin and RLM John Hindhaugh touch on a small matter of principle, contention and opinion.

Public access was the subject together with public value for money for the paying public at a motorsport event to be exact or simply the ever-increasing lack of it! Whilst they were specifically referring to the Goodwood Festival of Speed the points that they were making can easily be applied to any major motorsport event.

But it doesn’t have to be like that if the series’ promoter doesn’t want it to be and for the basis of a simple comparison we can take a discerning look at both the the World Endurance Championship (WEC) and the British Formula 1 World Championship (F1) both of which are held at the Silverstone circuit in Northamptonshire.

Personally I dispensed with F1 in favour of sportscar racing some six or so years ago for the simple reason of cost but the offer of a free F1 ticket from a friend was too much to resist, just for curiosities sake if nothing else, with all this reported intra-Mercedes team rivalry and the visual and audible spectacle, etc.

The last time I went to the F1 a General Admission ticket would have set me back about £99.00 using the ‘early bird’ discount and obviously more for a Grandstand seat.

However, looking at the laptop today it came as a something of a bombshell to see that the General Admission prices being demanded for the 2015 British Grand Prix is an incredible £175.00 for an adult and £87.00 for a child! Wow, that’s steep but when you compare this to the 2014 WEC equivalent rates of £40.00 for an adult and free for under 15’s access it’s easy to see just how steep steep really is!

The circuit is the same, both are ratified FIA international series offering both headline and supporting race series so why the huge disparity?

At the WEC earlier this year the few places a member of the public couldn’t get to were pretty much the track itself and the pit and garages during the race. The ethos of the sportscar series has always been very much fans first – being actively invited into the paddock to meet and greet their sporting idols – see the cars – meet the teams, etc so it was somewhat unremarkable really that all over the WEC weekend the area of the paddock behind the Silverstone Wing was packed with race car fans soaking up the atmosphere, awaiting their chance of a pit lane walk together with an autograph or sixty! An epicentre of events and all, effectively, for free!! Again, compare this to the F1. Once inside the circuit with your chosen ticket option you’d think that your worst problem thereafter would be the extortionate price and quality of a burger and drink. Wrong!!

Not only content with emptying your wallet when you purchased your tickets the circuit and series organisers would then lay enticement traps to do it all over again. If you fancied centre circuit access to see the SUPPORT paddocks and 50th anniversary parade cars then a mere (additional) £45 each (on race day) would allow this ‘once in a lifetime spectacle’. 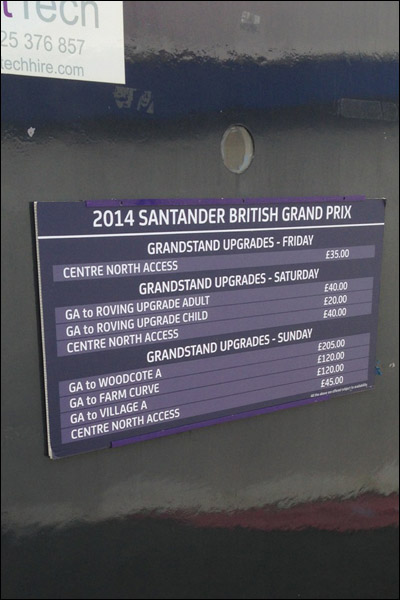 Unfortunately all that gave you would be a clear(er) view of the extended infield VIP/Hospitality car park, a view through yet another security fence of the support paddocks and a close up vantage point of a historic collection of cars where a smaller entrance fee of £10 at the Donington Grand Prix Collection would have been money much better spent.

Then there are the team/driver replica stalls selling everything from caps to racing boots. Obviously with goods loaded with an onsite F1 price tag any unwary credit card payer will soon find out that their assumed £40 purchase will turn out to be a £50 charge due to a Euro currency conversion fee as the vendors are German based!! Don’t tell you that do they? 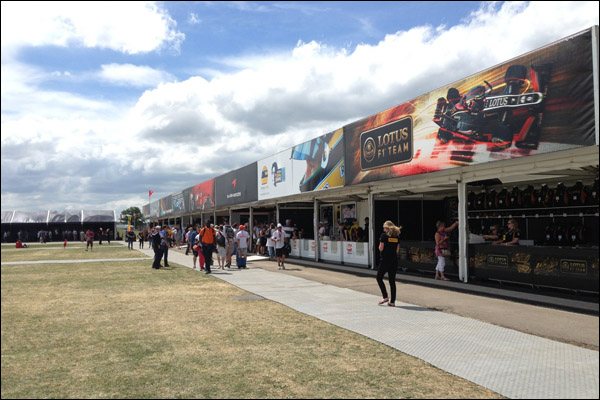 Finally – woe betide the individual who tries to cross ‘Checkpoint Charlie’ to get just a little closer to The Wing – the crowd safety marshals and circuit security would be waiting for them. The only people allowed on this hallowed concrete would be the super rich and those with C list celebrity status up none of whom probably have even a general desire for motorsport. 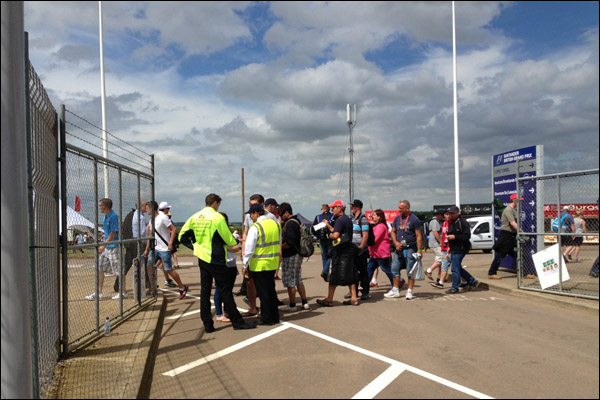 It has seemed for many years now that both the circuit (Silverstone) and race promoters do not want the general masses at their gates – emphasis has been increasing towards corporate hospitality, put another way, if that isn’t the case then there has been precious little attempt to communicate otherwise anything other than the fans being seen as a low end cash cow!

Formula One has not only lost that personal connection with their grass roots fan base but at this level seems also to have lost connection with reality, the levels of fiscal demand being placed on a loyal fanbase is pushing people away from the sport.  £80 for a racing weekend is a stretch for many families nowadays (this the cost for two adults and two kids for the WEC weekend) Compare that though to the £524 it would cost for the same family for the Grand Prix – for worse access and less racing!

Going back to a point in John and Graham’s conversation a very simple point was made – race fans want to feel involved with the sport, be in the middle of it and not be completely pushed out to the extremities of the circuit in favour of ‘VIPs’. 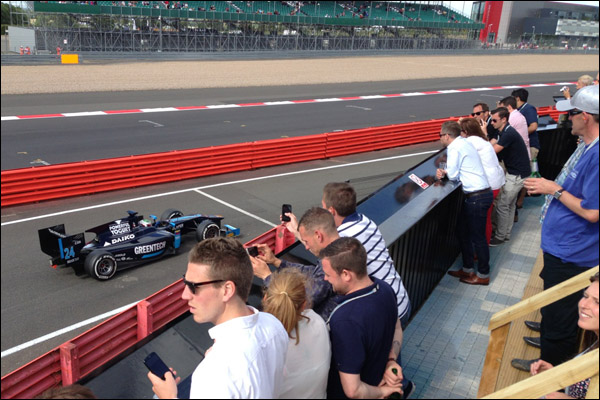 There are, of course, practicalities to be recognised – nobody can afford to have 120,000 plus people descend onto the F1 paddock at the same time!  But the reality is that many other motorsport events do cope with very, very large numbers of people in a paddock or pitlane environment – it comes down to a basic choice in philosophy, and the F1 choice is to keep that privilege to an exclusive few.

Whilst the WEC do get many spectator aspects ‘bang on the money’ they could learn at least a little from just a few aspects of the F1 example.

For instance, privately leased Hospitality units are allowed to open for business and are able to take their slice of the F1 ‘Cash Cow’ offer services broadly in line with what the super exclusive (and hugely expensive) F1 Paddock Club do but at a substantial financial saving. The WEC however say that the terms of the circuit hire prevent all of these circuit units from opening whilst the promoters unashamedly tout their own €450 PP hospitality package.

Maybe that’s the point, to find the balance between maintaining a sustainable financial model and risking alienating a large and loyal fanbase – From my experiences so far this year it’s clear to see who is making the bigger effort!