Last lap dramas are part of the fabric of long distance racing, especially at Le Mans. They always have been, and hopefully always will be. David Greenhalgh examines some of them in the context of events at this year’s 24-hour classic.

The technical problems encountered by the works prototype teams during this year’s Le Mans 24 hours only served to remind everyone that it is not all that long ago that substantial attrition at the head of the Le Mans field was the norm, rather than the exception.

It was really only during the Audi/Peugeot era – with the notorious exception of 2010, of course – that it became expected that most or all of the factory LMP1 entries would reach the flag.

Even better, in recent years most of those cars have showed every sign of being as strong at the end as they were at the start. But it wasn’t always like that: and I’d like to recall three prime examples where the car that won the race only reached the flag on its very last legs.

The first was in 1928, when the Bentley of Woolf Barnato and Bernard Rubin suffered the same fate as one of its sister cars: a cracked chassis, with the end almost in sight. Realising he was in trouble, Barnato carefully timed his run to the flag – but the clock in the car was fast, causing him to arrive at the line just before the 24-hour mark. 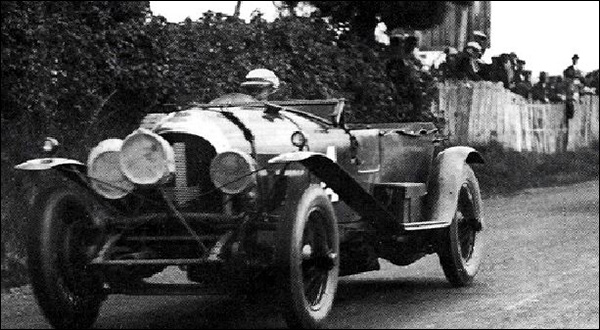 Going up to Dunlop Bridge, water started to spray in his face, and he deduced that the top water joint had pulled out. With the radiator split, water spraying, temperature climbing, and the throttle jammed at 1500 rpm, he staggered around the last lap – coasting where he could – at just 45mph (70 km/h).

He later commented that, had the engine seized, he was going to stop, let it cool, and restart, because he still had some time in hand – although facing a 20-minute (some sources say 30-minute) limit on the last lap. But “Old Mother Gun” bravely bore him back to the line, and this time the flag was waiting.

Mind you, the high drama of the occasion was rather lost on those not actually present, as the British press drew a discreetly patriotic veil over any question of Bentley fragility…

There was also a last-gasp finish in one of the most epic of all the 82 races to date: 1977. This was the race in which Jacky Ickx was transferred into the second works Porsche, which had been badly delayed early in the race, then drove like a madman through the night trying to drag it up the order.

The car still faced a huge deficit as Sunday wore on. But the Renault fleet, which only had to finish to win, managed to snatch an impressive defeat from the jaws of victory, allowing the Haywood/Barth/Ickx 936 – 41st after two hours – to take the lead in the 18th hour. 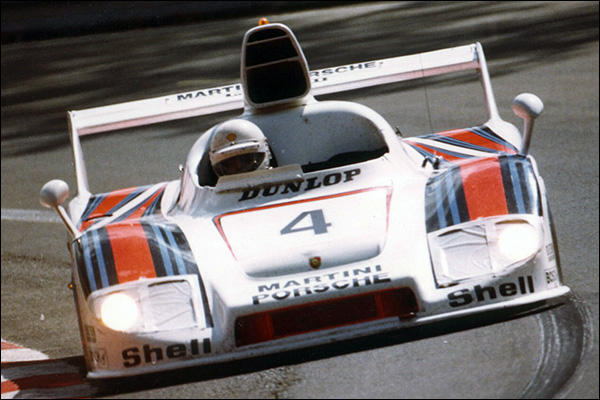 Amazingly, it looked like Porsche had then taken a leaf from Renault’s book, because the car burned a piston and came to a smokey stop in the pits with less than an hour to go. But the opposition was in such disarray that the Porsche could afford to remain stationary for over half an hour until, with fingers crossed, Barth fired it up and crept out for two very slow and tentative laps to the flag.

Not many years later, early in the Group C era, the leader faced mechanical disaster in the shadow of the chequered flag again. The year was 1983, with Hurley Haywood again part of the leading crew. Late in the race, the door of Vern Schuppan’s works Porsche 956 flew off, taking some of the cooling with it. After what was fondly hoped were adequate repairs, co-driver Al Holbert could afford to drastically slow the car’s lap times, as he still held a comfortable gap over his pursuers. 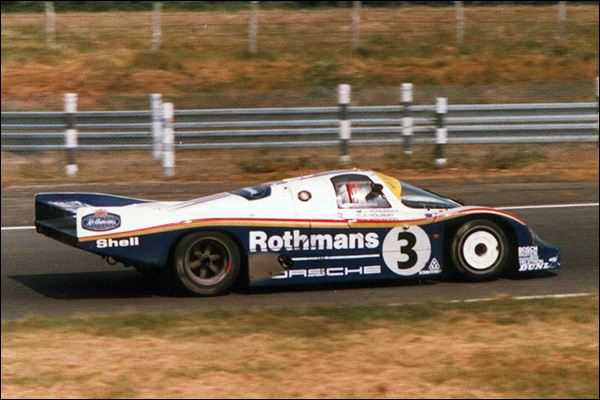 But when the car dumped all its remaining water at Arnage with only a few minutes to go, the crew’s hopes nosedived. Holbert stumbled to the line, only to reach it tantalisingly before the 24-hour mark – just like Barnato 55 years earlier. The Porsche’s engine seized entirely as he started that last lap, but somehow cleared, with a defiant puff of smoke, to limp him around one more time to victory.

In some ways, these three extremely dramatic finishes only serve to reinforce the whole challenge of trying to run a car at high speed for 24 hours: all three leaders held on, but by the barest thread between success and failure.

Further back in the field, and therefore not attracting quite the same white glare of publicity as when outright victory is at stake, there have also been numerous occasions where a dying car has been temporarily parked out on the circuit with some mechanical ailment, the aim being to limp over the line after the winner has taken the flag.

However, in more recent times, the ACO has decided to address these (perceived) problems. The Supplementary Regulations for Le Mans say in Article 84 that a car may not complete its last lap in greater than six minutes, and further, it is forbidden to stop on the track in order to wait for the chequered flag.

Curiously, these regulations are specific only to the 24 hours of Le Mans, and do not apply for the remainder of the WEC, which possibly contributed to the confusion which arose after the 24 Hours this year.

In any event, the Dumas/Jani/Lieb Porsche completed its 347th lap at 1.46pm, and its 348th and last lap at 3.02pm. Slightly longer than six minutes for that lap, one could be forgiven for thinking, so sure enough, Article 84 initially chopped them out of the list of classified finishers.

But wait a minute – how exactly is a lap defined? Well, Article 80 for the WEC makes it (reasonably) clear that a lap starts at the timing loop at pit exit. But Article 80 doesn’t apply at Le Mans, which only talks about a driver’s maximum driving time – but with the out lap from the pits to be deducted from that time, almost as though it doesn’t count.

It’s not a very satisfactory or clear definition of a lap or a stint, but presumably, it was this ambiguity that saved Lieb and got the Porsche reinstated into the results. I say “presumably” because no reason was published for the reinstatement of the 919, so there is necessarily some degree of speculation involved.

Drafting clear and accurate regulations to cover all eventualities in a complex race is not an easy process, but it seems that some attention is definitely needed in this area for next year. Meanwhile, although not remotely approaching the drama of the 1928, 1977 and 1983 nail-biting finishes, Marc Lieb can at least add his name to the long list of walking wounded drivers who have staggered to the chequered flag at Le Mans.