It had been a couple of years since I’d been to Indianapolis Motor Speedway, and I’d never raced there before last week’s latest round of the TUDOR United Sportscar Championship. The last time I was there was for GM and the place is definitely one of the iconic names in racing with a standout venue and facilities. I always reckon that if you mention motorsport to the man on the street, someone who knows almost nothing about it, they will probably be able to identify the Monaco Grand Prix, the 24 Hours of Le Mans and the Indy 500 so it’s right up there with the all-time greats. 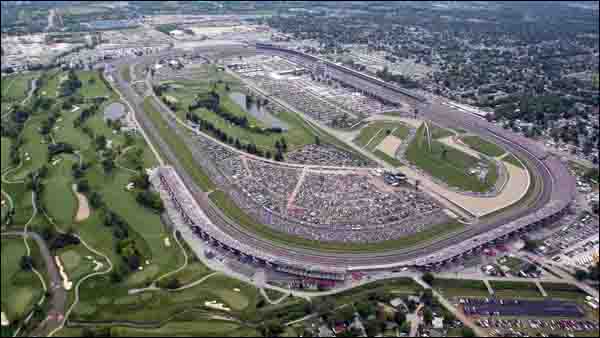 So it was interesting to return as a competitor, but I can’t say it will be one of my all-time favourites. We had a 14-turn, 2.43 mile infield road course using a bit of the banking but parts of the track were pretty narrow and, when you have to go off and on to the banking, it prevents flow and doesn’t allow you to find the kind of rhythm as at other, purpose-built tracks. The TUSC paddock was also very fragmented, with the different classes spread all over different parts of the infield and the IMSA truck difficult to find, but the track and the series are looking at how they can make improvements for next year.

It was a bit strange racing on a Friday evening but we got a reasonable turnout during the autograph session. There were a lot more NASCAR fans here than we had at Daytona, but it was good to see a different group of people and introduce them to top class sportscar racing. There was also a lot being discussed about safety within the series and it was good to see the Indy safety crew at tech looking over all the cars and asking questions about them. I talked to a few other drivers about it all over the weekend and think that we may be slowly but surely making steps forward. 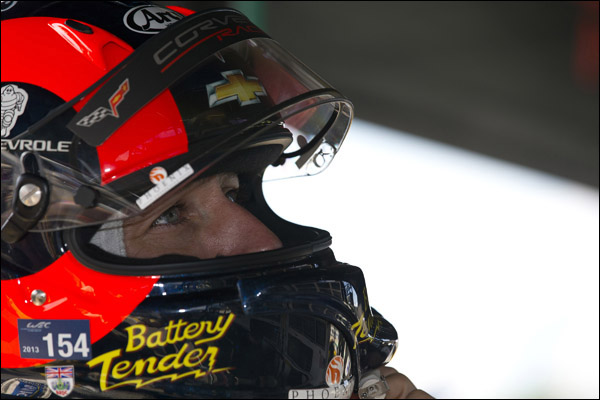 We still haven’t found the magic cure to the chassis imbalance we’d had for the last four races but we’re definitely making good progress in the right direction, and our engineers put in a lot of hours over the weekend to find some answers. However, going into the Indy race there had been a new Balance of Performance issued for the GTLM category with Corvette Racing being pegged back with an additional 25kg of ballast, but most of our other competitors each receiving a break of either less weight, bigger restrictor, or improved aero…in the case of the Ferrari, all three! 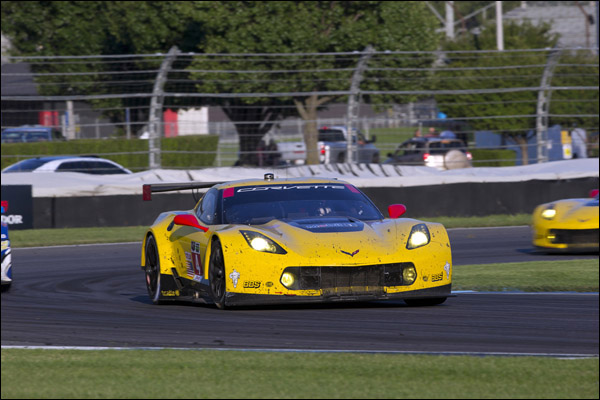 It was Tommy’s turn to qualifying but we missed the set up a bit and couldn’t get the grip we wanted – a common complaint all weekend from everyone – and didn’t qualifying well. As it turned out though being at the back of the class might have been an advantage as we manage to avoid the carnage of the first 35 minutes which saw three full course caution periods! The changes we’d make overnight and tried out in warm up were working and the car’s balance was better so we’re chipping away at it little by little but it was frustrating to see some of the other GTLM cars flying off into the distance.

The start of the race wasn’t good as the pace car went too fast and the field (of 48) got very strung out which didn’t make for good racing. However, the early yellows tightened things back up and we were starting to pick up some places. It all got a bit dramatic when Jan [‘Kevin’s Dad’ Magnussen] got spun around by a GTD entry and there were cars going all other the place. Jan went full throttle to spin his Corvette back around to continue and created a huge smoke screen which made life interesting for a few others, including Tommy. He said afterwards that he realised in the middle of all the smoke that if he couldn’t see out of it, then others wouldn’t be able to see in and it was a bit of a heart-racing moment! Looking at the in-car video afterwards, I’m really not sure that the gap for Tommy to get past could have been narrower. 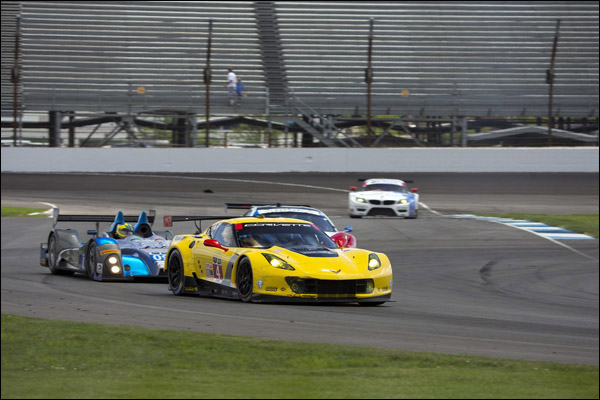 From then on we were competitive to a point, and I had a good battle with Antonio in the sister car with both of us trying to catch the leading Porsche and Ferrari but we struggled to make progress. We were racing hard against each other and had a few close calls, but I was struggling with a brake issue and the No.3 car with some accident damage so the chance of another Corvette Racing win was minimal. The decider to how we finished was that we came across a big bottle neck of traffic and, you have to instantaneously decide whether to go left or right of the pack. Antonio took what turned out to be the better of the two options and so we finished 4th and 5th in class.

Now we have a short break until we head to Road America which is definitely a favourite. We’re working on making more steps forward there, and I’ll let you know what happens!