The life of a young pro driver, without the editing!

Sportscar fans, please accept my sincere apologies for the late running of this Brundle Blog service. I could claim I was busy, that my dog ate it or the computer crashed before saving. But all of these would be lies. Truth is I’m useless at putting pen to paper. And I don’t own a dog.

Anyway, on with the show!

I was in Austria last weekend for round three of the European Le Mans Series where Ricardo Gonzalez, Karim Ajlani and myself finished fourth in the GTC class driving ART’s #99 McLaren. 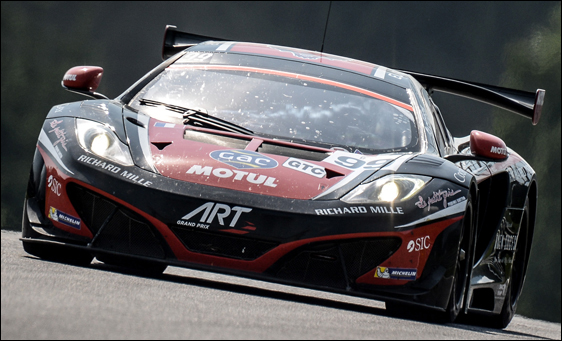 The PR people always want their drivers to say something positive, but in all honesty it was one of the most uneventful races of the season, perhaps even of my career! Now that’s fine if you’re at the front and going through the motions en route to an easy victory, but we weren’t! Unable to fight the Ferraris, we went round without any problems to finish best of the rest. We tried as hard as ever. Everyone did their jobs. Nothing went wrong. The four-hour race came and went without major incident.

So without boring you any further I’ll move swiftly on…

After driving alongside gamers-turned-racers at Le Mans it was my turn to get ‘virtual’ for a day earlier this week when I visited AOTech in France. It’s by no means the first time I’ve swapped pit-lanes for pixels though; in fact, sim development is something I’ve been involved with for a while.

AOTech’s simulator is a properly impressive piece of kit that’s designed to train Le Mans rookies before they take on Circuit de la Sarthe. Indeed, from next year all newbies will be required to spend time earning their virtual stripes ahead of the real thing. 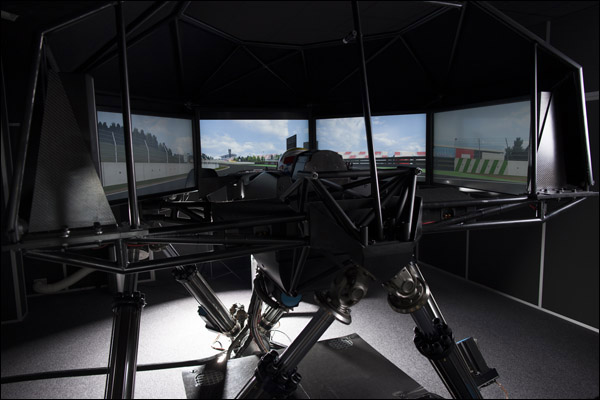 As part of their research I was invited to help develop their sports-prototype’s handling characteristics and advise on the in-race situations drivers will have to deal with. Day or night, wet or dry, circumstances evolve throughout a session to test how drivers naturally react. There are even Slow Zones and Safety Cars to catch you out!

With motorsport’s summer break fast approaching you might be wondering what racing drivers actually do with themselves. The answer? Normal, everyday, boring stuff.

It’s true. With our kerb-hopping, rubber-burning, peddle-to-the-mettle lives on hold, we’re forced to spend August catching up with the bits and bobs that have fallen by the wayside over the preceding months.

Obviously this is a disaster. As we all know racing drivers have the attention span of a goldfish when dropped into the real world, where proper responsibilities reside. Life admin awaits me at home, where a pile of VAT returns and race reports need to be filed. But worst of all, I’ll have to find something to fill my weekends. Perhaps I’ll visit B&Q. I’m a sucker for a power tool.

Joking aside, it does take some adjusting. My schedule has been pretty busy since March, what with the seemingly never-ending flights and hotel rooms while racing in Europe and America. There’s a place in deepest Norfolk where my stuff lives, but can I call it home? Sometimes it’s difficult to say.

That’s why I have so much admiration for the mechanics, engineers and team personnel who ensure people like me can ride around in racing cars every other weekend. OAK Racing’s TUSCC operation is a good example. They’re all French but have spent most of the year based in the US away from their homes and families. For them, motorsport has to be a passion as well as a job. And for that I’m very grateful.

Have a great summer whatever you’re doing and we’ll catch up in mid-September.