It seemed a moment of pure luck that as I came close to completing the series of 50 x 24 Hour racing moments that have featured on DSC over the past couple of weeks I should encounter the man that, more than any other driver involved, won the very first of them.

JJ Lehto simply stormed the 1995 Le Mans 24 Hours, putting the Paul Lanzante run #59 McLaren F1 GTR into contention for its eventual win by a world class display of driving in dark, wet conditions that produced lap times that nobody else in the field could match.

JJ has been living a very private family life in recent years, after a court case that very many still believe consigned him to prison in disgrace.

Newspapers around the world reported the case that saw him convicted of offences linked to the death of his close friend after a boating accident (in which JJ himself was also badly injured). However, very many fewer news outlets, and almost none outside Finland, reported his later successful appeal and acquittal of all charges.

So it was a huge and hugely pleasant surprise to see a clearly happy JJ at the London launch of the new David Tremayne book on the story of Champion Racing “A Little Bit Of Magic”. 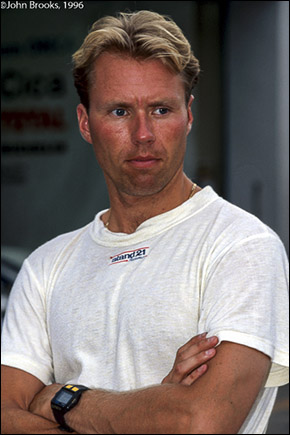 “Le Mans that year was definitely special because back then we still had really fast prototypes and we ‘just’ had a GT car.”

“The whole project, and certainly my involvement, came quite late. Paul Lanzante formed the team, he was a friend of Ron and they had decided to have an extra car at Le Mans, the whole thing came together really very quickly and at the last minute.”

“I did some testing with the car and, you know, it was a really nice car. I really liked the McLaren from the very first time I drove it, there was something very special about it, a sportscar with the seat in the middle and an absolutely incredible V12 BMW at the back. It was heavy, but very, very powerful and the torquiest engine I have ever driven, just so friendly to drive. The power was so smooth, so nice.”

“There were though a lot of issues with the car, especially when we went to Le Mans. We knew that the Prototypes were faster, and that we couldn’t really compete against them. Then we had some suspension problems, I remember that we bent the rear wishbones in qualifying.”

“Gordon Murray was thinking ‘What the hell is going on with the car’. We had changed a lot of things during Le Mans week including the ride height and had got the car better and better to drive. I really liked the car and had the privilege to drive it as much as I did.”

“After the wishbone issue though it left us worried about them for the race, wondering if they would last so we decided that during the race itself we wouldn’t use the kerbs as much as most probably that was the reason for the damage. That worked, they didn’t bend again, they lasted for 24 hours with no problems at all.”

Did you have the gearbox issues that plagued some of the other cars?

“No, all the cars had the issue because of the gear linkage wires. They started to stretch and if the gears didn’t go all the way in you started to break the dog rings. I’m pretty sure that the team changed absolutely everything before the race. We were aware of the risk so we tried to shift a little bit easier.”

“From the start of the race we were going well but started very easy. Sekiya was very quiet, I think he had a translator, Yannick (Dalmas) had, of course, already won the race three times, so he was ‘The Man’ – I guess I was the bullet!”

“Yannick decided that we should start easy, and he started the race and ran it nice and easily, very smoothly because, as he said, you can’t win the race in the first hour, the second, or even in the tenth, but you can lose it!” 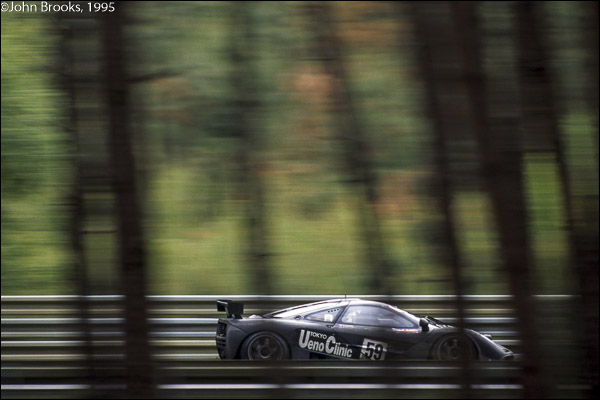 “The plan then was to be steady, keep it on the track and out of the pits with no extra problems and luckily the rain came, and it was a long rain, and that evened things up a bit.”

“That was really the thing, because then I was able to compete against the prototypes and against the cars with better downforce.”

Were you aware how much of an impact you were making on pace at that time?

“I had a good day I guess! I just found the lines. I really enjoyed the car though, it was just such a great car to drive, and you could really drive it! Definitely the sportscar that I liked the most.” 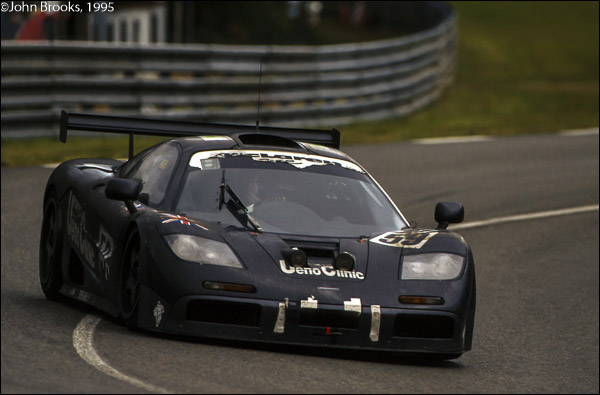 “It was my first win, McLaren’s first win and I know a lot of people refer back to it being a great win but I guess I’m not sure whether it feels like a long time ago or not! Next year it will be 20 years since it all happened!!”

Later of course you competed with no little success in the long-tail version of the car, and competed possibly surprisingly well for a car directly adapted from a road car against cars that were designed from the very start as racers? 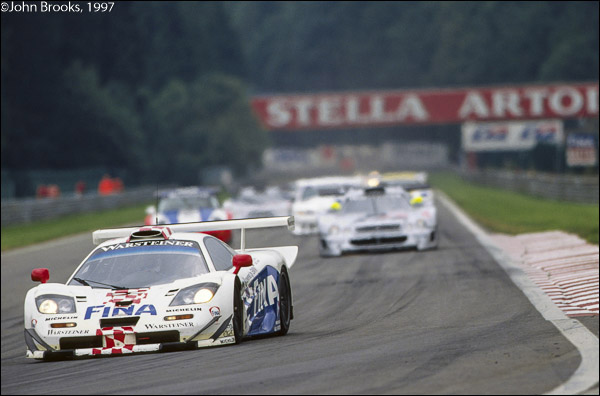 “Yes but Gordon Murray did a great job with that car. It was really carefully designed, the carbon chassis was quite strong and stiff, perhaps the weight distribution was less than ideal, there were a lot of drivers who struggled because the engine almost threw the car out of the corners, you had to adapt fast to find the way to drive it and some of the drivers didn’t find it that easy.” 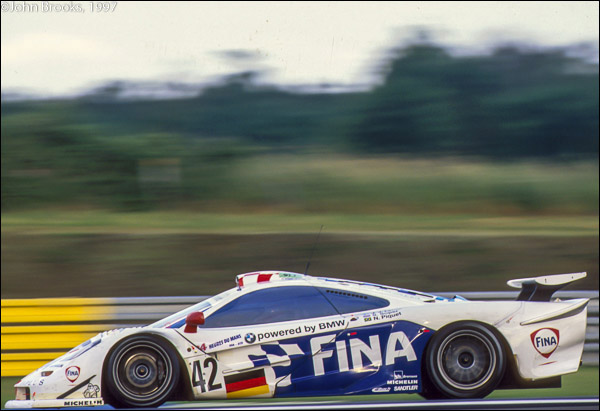 “For me though I really loved that car, the torque was phenomenal, it was so nice to put the big gear in and…. nice!!”

“We knew that if it was a dry race (at Le Mans) there was no way you could compete against the prototypes but if it rained we’d have a shot.”

On to Champion Racing, in the heyday of the American Le Mans Series, the team, and the Series just seemed to fit you like a glove?

“I was very happy racing in the ALMS, and especially with this team, Dave and his whole Champion racing outfit.”

“When I came to the team in 2002, at the end of the year Dave gave me a call and asked if I would like to drive for him. I had seen Champion racing with Stefan (Johansson) and Johnny (Herbert) with the team clearly looking very good so it didn’t take a lot of time to say yes!” 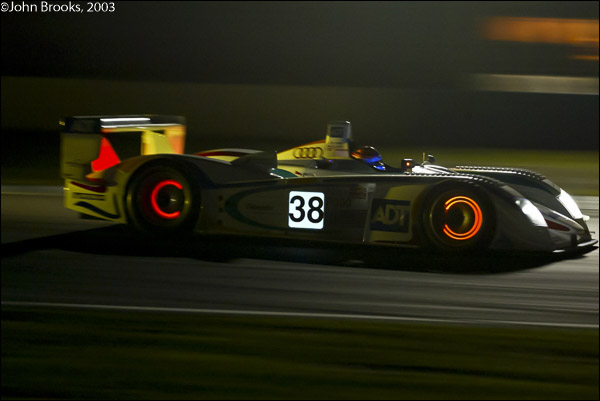 “That said I was so disappointed when the whole Cadillac programme was so bad that year, basically I wanted to stop, I didn’t want to race any more it was so disappointing. So when Dave gave me a call I said yes, but had decided to stop!” 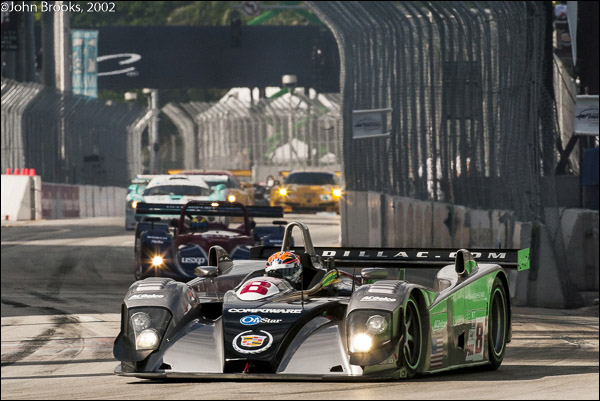 “I never said anything to anyone about it though, I was just digesting the thought that this was it! But once I did the first test with them, the people, the whole thing was just so enjoyable it all just clicked back into place and I have to say it was the best time of my life.” 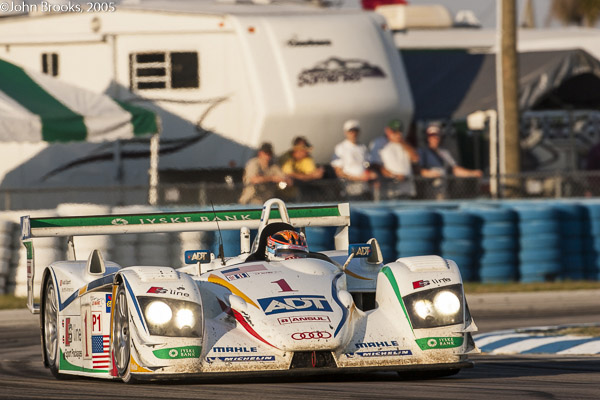 “Through all of that period Dave had factory people around, including drivers, but I was always Dave’s own driver and I always said to him, as long as he wanted me to drive his cars I will stay but as soon as the moment came that it had to stop I wasn’t going to race anything any more. And that’s exactly how it happened after 2005 when the factory team came, and brought a full squad of drivers with them. That was the end!” 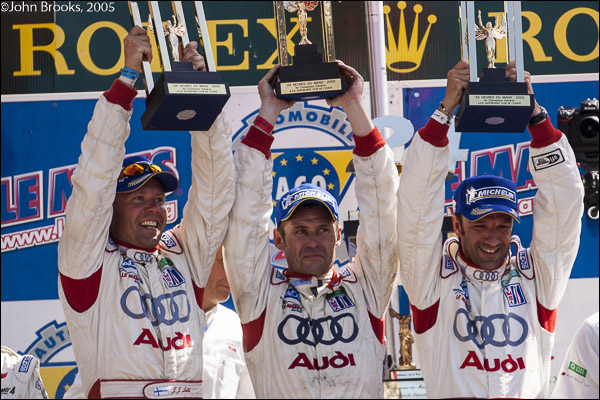 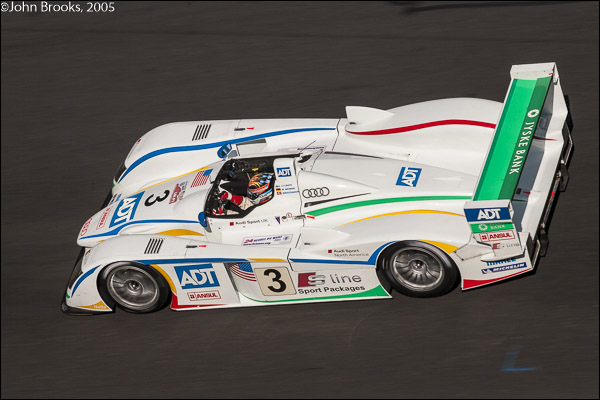 “OK in 2007 I did Daytona just once, I had never done it before and wanted to do it just once, but it wasn’t as serious any more. That was definitely the very last race for me.”

GG and with grateful thanks to John Brooks for his trawl through the archives.