There are a number of very interesting cues to potential future motorsport directions in the press release for the launch of the new of 2015 Renaultsport R.S. 01 one make ‘GT’ car, previewed on DSC some weeks ago as the car is unveiled today at the Moscow Motor Show. 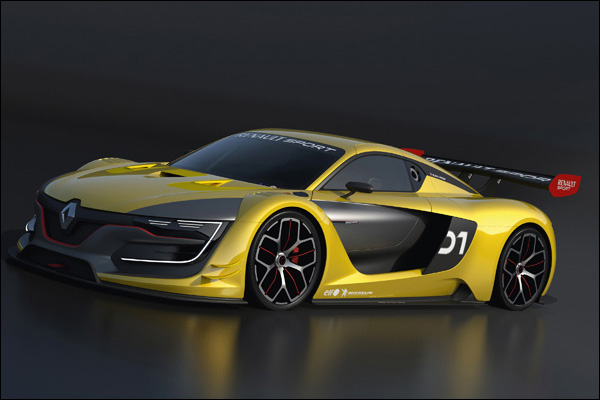 The carbon monocoqued sub 1,100 kg car is powered by a NISMO prepared 3.8 litre V6 twin-turbo engine, derived from the Nissan GT-R unit and developing over 500 hp and maximum torque of more than 600 N.m. It is able to reach a top speed of over 300 kph.

The engine is though fitted with a dry sump system intended to prevent oil surges during long corners. The performance level of the Renaultsport R.S. 01 is between a GT3 and a DTM car.

From next season the new car will feature in a new arm of the World Series by Renault package in a new championship, the Renaultsport Trophy, described in potentially prescient fashion by Renault as “a springboard for the professional GT and Endurance championships.”

The chassis is designed and built by Dallara. The tub, which includes the 150 litre fuel tank, features a steel roll cage at the top. Front and rear crash boxes contribute to an assembly that Renault say “respects FIA LMP1 2014 standards to ensure safety”. 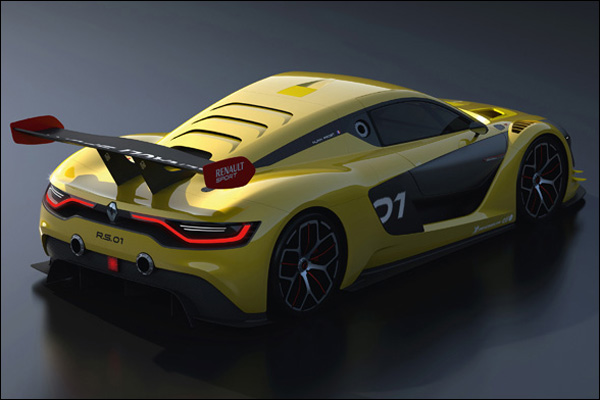 There is no mention in the launch material of any there motorsport plans for the R.S01 platform. Renault describe it’s introduction into their product range thus:

“An organiser of motorsports events for 40 years, Renaultsport is entering a new phase with Renaultsport R.S. 01. The new car will add a fresh dimension to customer sport and to talent-spotting among pilots and amateur drivers. Renaultsport R.S. 01 will compete in the Renaultsport Trophy championship, an event built to measure. This one-make series, which will be part of the World Series by Renault from 2015, will be a new opportunity for “Pro-Am” teams, and a gateway to the GT, DTM, ELMS and WEC championships.”

Renaultsport Trophy, a new event for the 2015 season

“Renaultsport R.S. 01 marks the start of a new line. For this reason, it was named in tribute to Renault’s very first Formula 1 car.

“We wanted to design the best racing car in order to bring to light the best talent and prepare the next generation of drivers. Renaultsport R.S. 01 is a vehicle of exceptional performance and the World Series by Renault will be its showcase. We started from scratch in developing Renaultsport Trophy. It is an attractive event that stands out among existing motorsport events. With “Pro-Am” teams and a sports program combining sprinting and endurance, we will create a gateway to the higher series.” 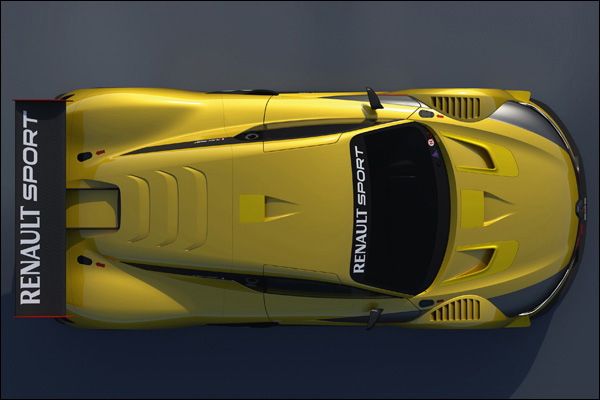 The new car, and it’s one-make series are being positioned between the Clio Cup events and professional championships, such as the WEC, DTM and Japanese Super GT.

The 2015 season will be open to twenty “Pro-Am” teams, classified according to the rules of the FIA World Endurance Championship (WEC). At World Series by Renault meetings, competitors will be able to maximise their time on the track by taking part in a real one-make championship called Renaultsport Trophy.

Track time is currently estimated at more than four hours per car and per driver, over a three-day weekend.

A gateway to Japan and Le Mans

Alongside prize money for the best drivers and teams in each round, Renault Sport Technologies and its partners have also given some initial details of a range of interesting end-of-season rewards. 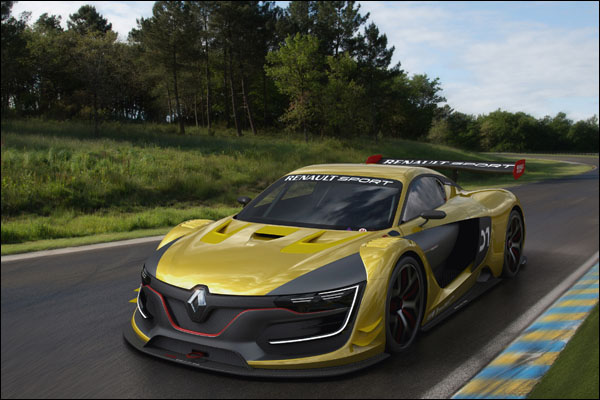 “The champion in the “Pro” category will have the chance to follow a complete development programme (simulator, physical preparation, media training, etc.) prior to taking a rookie test with the official Nismo team for the Super GT in Japan. If he or she has the qualities required, they will be able to pursue their career in this extremely competitive discipline. 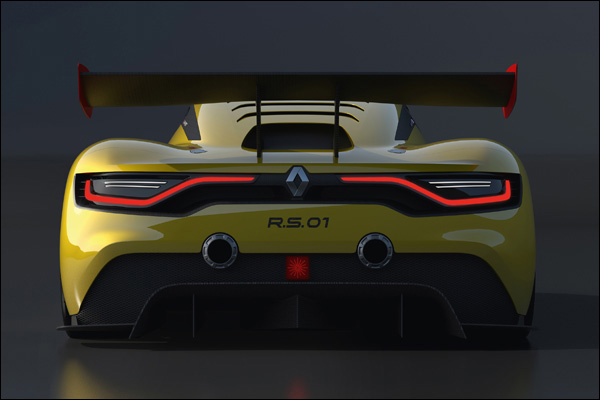 “A similarly attractive reward will be provided for the “Am” champion, who will have the chance to take part in the 2016 Le Mans 24-Hour event driving an LMP2 prototype.”