The Snetterton rounds of the British GT4 Championship proved hard work for the Academy Motorsport team. Several visits by DSC to their paddock facility were met with good humour despite a litany of expensive mechanical drama that could easily have put paid to their weekend. They kept themselves and us busy. This experienced team is the very essence of the British GT privateer entry that has underpinned the series, and we were keen to get their take on how adapting to its growth has been a challenge for some of its strongest supporters. A well deserved win was theirs at Rockingham – yet founder, team principal and – foremost – driver Matt Nicoll-Jones is apprehensive concerning their way forward:-

“Academy Motorsport started as an idea for a test track near Chepstow as a partnership with a local college, hence the name. It’s become more than a business; it’s my way of life and a long term commitment. I went from doing my ‘A’ Levels to driving an F3 car – it’s what I do.” 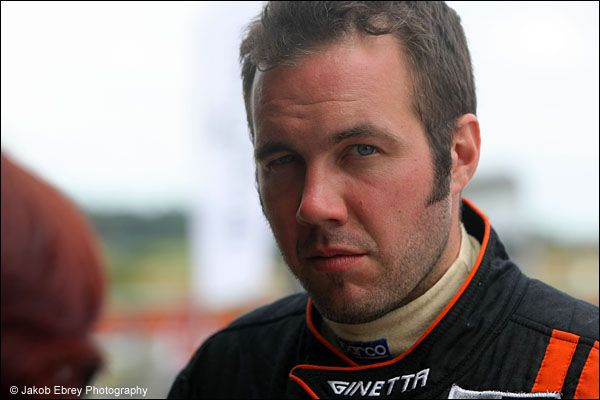 “We prepare and run cars for the Ginetta Junior and other series, which has been good for us. The small Ginettas are bullet proof and we’ve done that much we understand what it takes to get the best out of them; it’s an affordable no-nonsense competition car you can go forward with. The business has grown quickly and that’s what enables me to go racing. Oli brings some sponsorship which covers his half, but my way is self-financed therefore it’s manageable and sturdy. 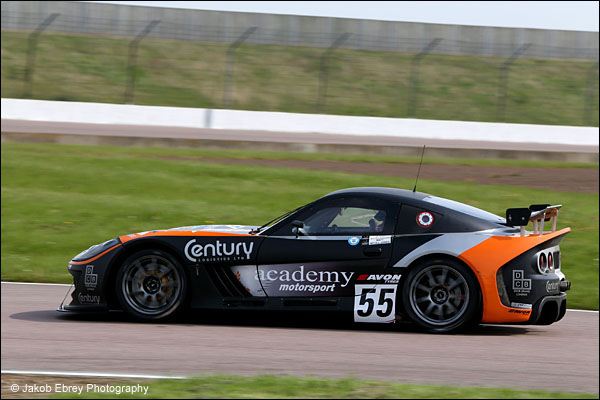 “My attachment to GT4 is well founded and I believe in the concept. I ran a Ginetta G50 in 2008 with Team IMS (Richmond Racing). IMS provided the sponsorship and I won it that year. The team was really good and we were beating a lot of works-supported teams, Nürburgring that year being an example. Unfortunately we didn’t quite have the budget to go to GT3, though we came very close to buying a Corvette.

“I didn’t manage a whole season in Europe but did well. But because I’d won the British GT Championship I was classed as a Gold driver, which stopped me dead. I should have been Silver at that point and I do believe that driver grading prevented me from going on to bigger things.”

Driver partner Oli Basey-Fisher has proven pace, and at just 19 years of age has adapted quickly to the challenge of the growing GT4 environment: 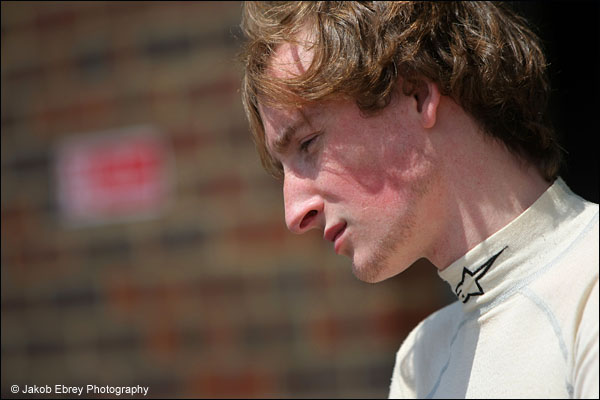 “I took the karting route before getting into GTs. I ran in Junior TKM before going into ProKart and the Super One British Series for a couple of years – all good experience and the accepted way to get into single-seaters, which is where I wanted to be. But in 2011 I got the opportunity to race Ginettas and it’s been a good move. Winning the Ginetta Junior Scholarship gave me funding for a full season in Ginetta Juniors in 2012. That was a learning year but it pushed me forward. Running in the GT5 Series was a step up and I took the GT5 Championship in 2013 with 4 wins and 14 podiums. I feel lucky to have progressed to a full series of British GT. It’s a big jump – this is proper racing and you learn very quickly.”

Reflecting on the season at its half-way mark, how has 2014 shaped up for Academy so far for Matt? 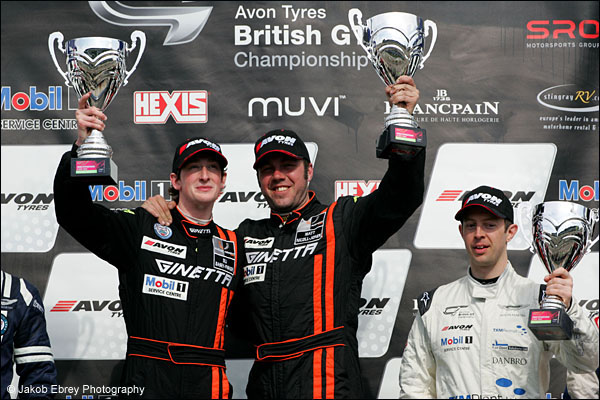 “This meeting has been particularly challenging – we’d like an average weekend at the moment to be honest!

“I am a big supporter of the British GT Championship, but the situation is changing. I love the whole GT thing; the team challenge – it’s all about the team, rather than in sprint racing which focuses more on the driver. Some of the GT3 entries are on astronomical budgets just to be here, but GT4 has always been a gap in the market where racing is affordable. There have been times lately where I’ve begun to doubt that though, which is sad considering the commitment we make: not just in this team but the other ‘private’ teams too.”

Involvement in the British GT series may be a considered business decision, but Nicoll-Jones is a racer at heart and is up-front about the divisions starting to emerge:

“Where we go is in the hands of SRO. The Balance Of Performance is controversial, particularly if you look at some of the driver pairings and gradings. Ellis and Stanley in the other GT4 Ginettas I can keep with, but the BOP is killing our car – we were wrestling the car today and have just found out the steering rack’s gone, but generally pulling out of the corners is slaughtering us. It’s not how it should be. The G55 is sensible money and easy to run, but if the BOP is not right it’s a waste. Ginetta has been dominant in the last years and they’ve made a point of drawing in interest from the manufacturers, but they’ve gone a bit too far. The Lotus’s times here today were ridiculous. It’s very difficult to defend against that sort of performance. They want to attract the manufacturers and the big names but it’s the old story – they need to understand that teams like us are the bedrock of the series. They’re asking us to run the car outside its parameters. More ride height, for example, can make the car horrible to drive. They (Ginetta) have given us updates to run at those heights – but it’s too much to contend with. It’s not as if we are inexperienced. 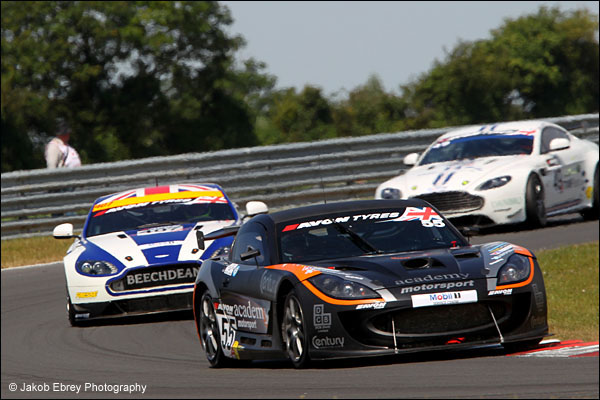 “Both Oli and I have sacrificed a lot for this and we seem to be fighting the BOP rather than contesting the championship. There’s no fun going out and not being competitive.”

Matt’s other ‘proper job’ is driving customers’ cars at events like the Goodwood Festival Of Speed, for example. But what has been a sustainable racing platform is clearly starting to be questioned:

“I’m lucky. I get paid to do what I love to do, but this is my passion too. Making this work is bloody hard and expensive. Replacing the engine is £20K; the steering rack will be a grand; the list goes on… I am here because I want to be, having put a lot into this series.

“We just want to compete. Spa, for example (the next round at the time of this interview), is a horsepower circuit. You need serious performance to get around let alone be competitive. What’s the point of us going all the way out there with the cost and logistics to race against 3 or 4 Ginettas, because realistically that’s what it will be. 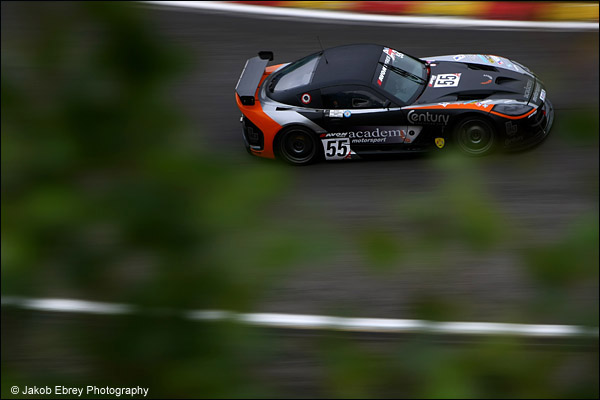 “This all sounds negative, but we believe in GT4. For me, an independent GT4 grid is a possibility if it preserves the accessibility and affordability. We’ll have to see. In the meantime we’ll keep on truckin’…”