Now here’s an announcement we weren’t expecting – With Richard Lietz suffering a fractured arm in Free Practice less than 2 weeks ago at VIR perhaps the last thing we expected was that he would be named as part of the WEC line up for the factory Porsche Manthey squad for the forthcoming race at CotA! 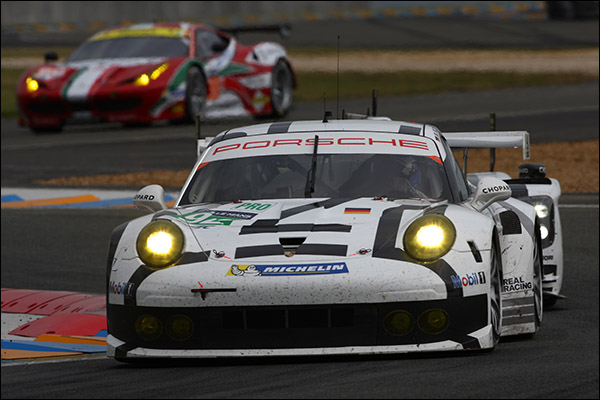 The proposed move comes as Marco Holzer is shuffled out of a race seat and into a purely test and development role for the remainder of the season.

Holzer is replaced aboard the #92 Porsche alongside Fred Makowiecki by Patrick Pilet who moves over from the sister #91 car.

Lietz is named as Pilet’s replacement alongside Jorg Bergmeister in the #91 Porsche 911 RSR. The changes are set to remain in place for the remainder of the season though Nick Tandy has also been mobilised to be rostered as a third driver in the #91 should Richard’s arm not have healed sufficiently by then.

“We reshuffled the driver line-up in the 911 RSR for tactical reasons. This puts us in a very good position for the remaining races of the season and our campaign for the World Endurance Championship title,” says Porsche Head of Motorsport Hartmut Kristen.

“Marco Holzer is an excellent test driver. He will support us for the rest of the season as a development driver for future factory and customer racing vehicles.”