We wrote earlier this year of the new headquarters in build for Audi Sport at Neuberg. 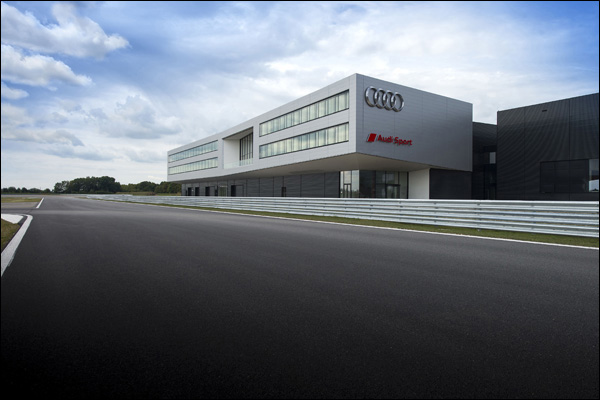 Last Saturday saw the official opening for the impressive new 47 hectare facility, 20 kilometres west of Ingolstadt which, before the end of 2014, will house Audi Sport with the Customer Racing activities moving in the first half of 2015 – Audi Driving Experience has already been based at the Neuberg facility since May this year.

The opening ceremony was performed by Bavarian Minister President Horst Seehofer and representatives of the local political community, as well as the members of the Audi board of management. 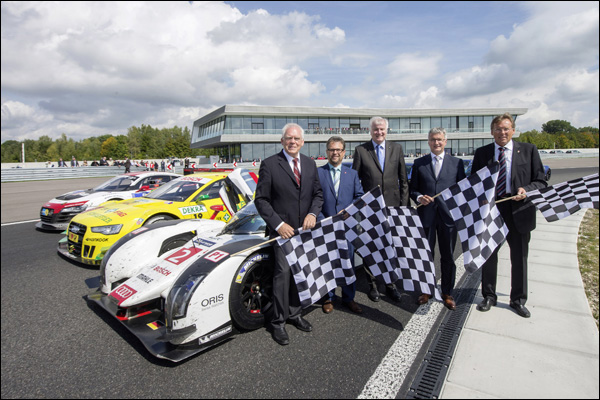 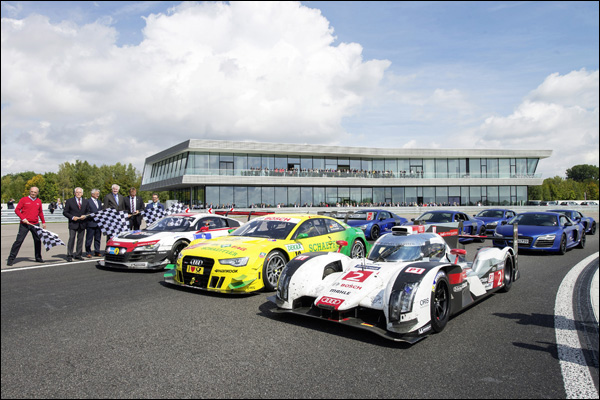 Audi Neuburg was inaugurated in an official ceremony – a dream is coming true. Since when have you had this dream?

Relatively soon after I started as Head of Motorsport at Audi 21 years ago, discussions about a center of our own began. The former supermarket we were located in was always just intended to be a provisional facility. The aim was to find a location in Ingolstadt and to be close to Technical Development (TE). But Audi kept growing during this time. As a result, it became increasingly difficult to find facilities in Ingolstadt. When the opportunity in Neuburg arose, we realized that it provided many advantages and accepted that we wouldn’t be in immediate proximity to TE. However, we’ll obviously continue to be closely associated with TE in organizational and technological respects.

What new opportunities are opening up for Audi Sport due to the new complex?

We now have adequate grounds and perfect facilities to set ourselves up. Personnel can now be accommodated in accordance with our operational processes – that wasn’t always the case in the past. In the future, various functions that are distributed to Audi Sport and individual TE departments today will be concentrated at a single complex here in Neuburg an der Donau. The fact that we now have a track for initial functional tests of our race cars directly on our doorstep is another advantage. 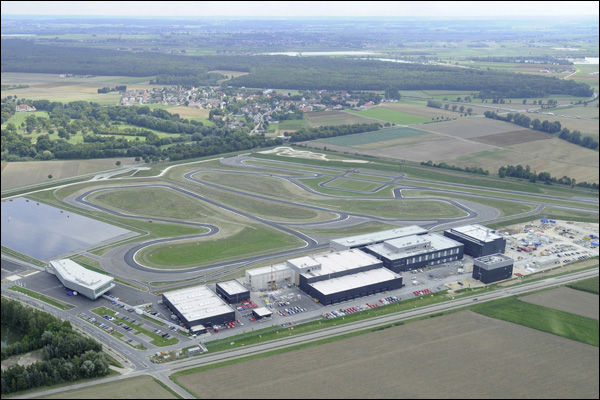 You’re planning to move with your team in October. The sport program is continuing in parallel to the move. In the DTM, three more rounds are on the agenda, and the FIA World Endurance Championship (WEC) is starting its overseas season. What are your aims?

In the DTM, we’re aiming to decide the manufacturers’ and the teams’ classifications in our favor. And we finally want to celebrate our first victory of the Audi RS 5 DTM this season. In the WEC, following the 13th victory in the Le Mans 24 Hours, we’re in a good position. In the remaining five WEC rounds, we’re set on trying everything to defend our titles again in the third consecutive year.