The summer break is over, and the teams enter the second half of the 2014 VdeV season, this time visiting Motorland Aragon in Spain for a four-hour contest. Visiom’s Ferrari 458 of Jean-Paul Pagny, Thierry Perrier and Jean-Bernard Bouvet, found the top step of the podium for the first time since the opening round at Catalunya. 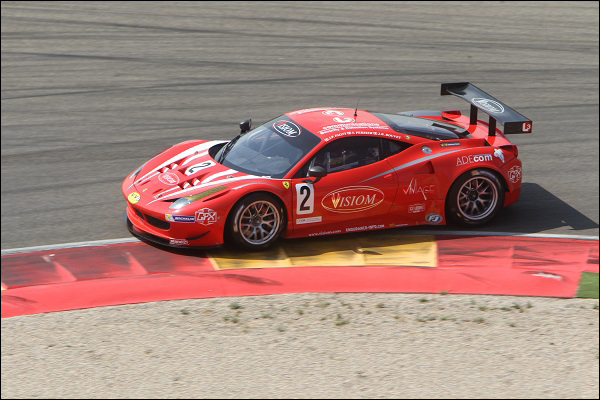 As has become the norm during 2014, Team LNT put their Ginetta G55 on pole position ahead of the race by over half a second, but unfortunately finishing poorly has become the norm too. Coming off a debut win at Dijon last time out, the team had high hopes coming into the race, once again though it wasn’t to be. Lawrence Tomlinson’s squad team finished last of the classified runners after a brake issue.

The Ruffier Racing Porsche (#17) with Patrice and Paul Lafarge at the wheel took the lead on the first lap of the race and looked poised to stay out front, meanwhile the Escuela Española Mosler of Kostas Kanaroglou and Oliver Campos would retain it’s lead from pole position in GTV2, where the team would stay until the end of the race.

Trouble with a wheel nut caused the Ruffier Porsche to slip down the order to 8th overall after the first stop however, handing the lead to the Lorient #007 Porsche of Frédéric Ancel and Gilles Blasco, and second spot to the sister #36 Lorient Porsche. Third place was then inherited by the hard-charging Visiom Ferrari which was the fastest car on track as the team’s reached the 60 minute mark.

By the race’s mid point the Visiom Ferrari and LNT Ginetta rose to the top of the pack, with the G55 of Tomlinson regaining the lead the team lost on the opening lap. The #17 Ruffier Porsche was also back in the fray and got round the Nourry Competition #44 911 after a long scrap to gain third.

The LNT Ginetta didn’t last though, and handed the Visiom 458 the lead in the closing stages, and completing the Ruffier Racing Porsche’s comeback drive to second place. The Lafarge duo very pleased with the end result after the early hiccup. The Nourry Competition Porsche couldn’t match the pace of the top two towards the end and fell a lap down but still ended their weekend with a podium. 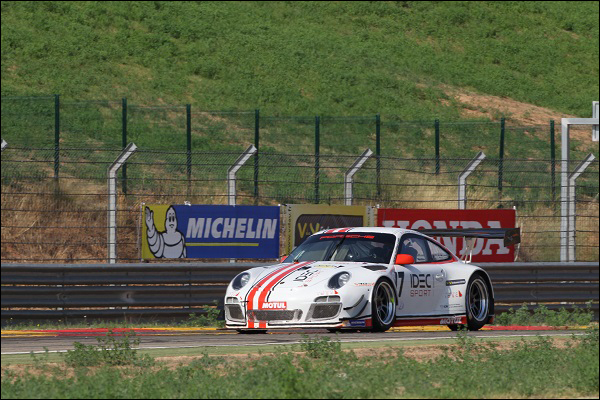 “We were efficient but unfortunately we had two unexpected technical problems, so it feels good to get the scent of victory,” says Thierry Perrier. “Jean-Paul has progressed very well. He now performs lap very close to ours (Bouvet). We now form a perfectly homogeneous crew, even if it becomes difficult to even win the title, we never missed a beat so hopefully luck stays on our side.”

In the GTV2 class, Escuela Española dominated the entire race and took the win by two laps. AB Sport Auto’s #45 Audi R8 meanwhile finished second just under a minute ahead of the #63 Lorient Racing Porsche. 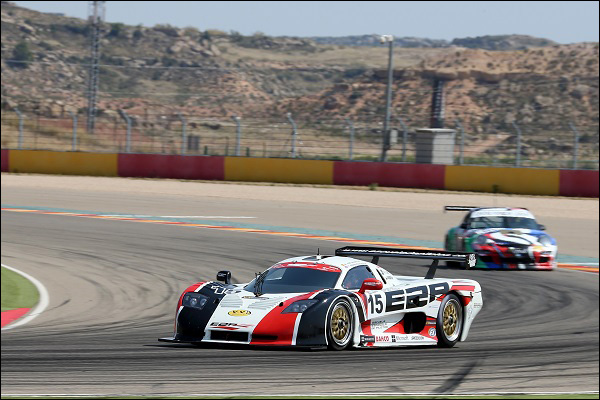 Next up on the calendar is another four-hour race as the teams head back to France to tackle Magny Cours on the 12th of October.