Salvador Tineo and Jesse Anttila claimed victory in the first race of the GT4 European Series at Paul Ricard.

In a race that was controlled by V8 Racing and Alfab Racing it was the Nova Race Ginetta G50 Cup that came across the line in first place. Marcel Nooren and Jan Joris Verheul (Chevrolet Camaro GT4) finished second overall, Manuel Lasagni and Alessandro Bonacini completed the podium with their Ginetta G50 Cup.

André Grammatico won the GT4 AM class.   Pole-sitter Daniel Roos in the Alfab Racing Aston Martin Vantage GT4 was unable to keep V8 Racing’s Duncan Huisman behind him at the start and before the cars had reached turn one the Chevrolet Camaro GT4 was already in the lead.

The Dutchman was able to build a solid lead over Alfab Racing’s Daniel Roos during his stint and was almost five seconds clear when he came in for the mandatory pit stop at the end of lap 14. By then championship leader Ricardo van der Ende, who started from the back of the grid, had already fought his way back to third place.

Huisman handed the Chevrolet Camaro GT4 over to Luc Braams and Braams returned to the track in the lead, but with Alfab Racing driver Erik Behrens right behind him. Braams ran wide at the chicane on the Mistral, which gave Behrens the chance to catch up and at Signes the Aston Martin moved into the lead.

Braams dropped down the order quickly, but teammate Marcel Nooren was able to keep up with Behrens and when Behrens made a mistake on lap 19 the V8 Racing driver inherited the lead. Nooren had no chance to relax though, as the Ginetta G50 Cup cars of Jesse Anttila, Manuel Lasagni and Fran Viel Bugliotti were closing in on him rapidly.

Onto the final lap the gap between Nooren and the first Ginetta of Anttila/Tineo was just two tenths of a second. Nooren went wide and Antilla took the lead and held it to the end. 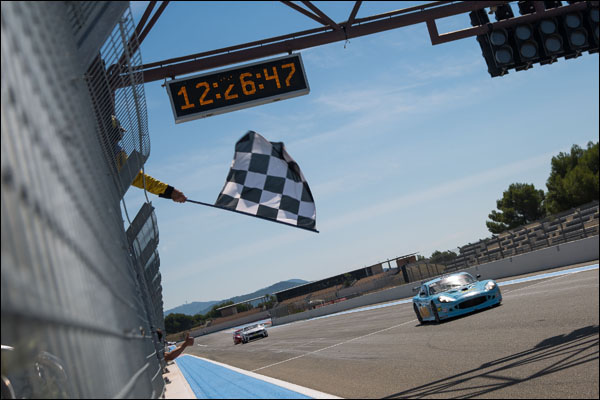 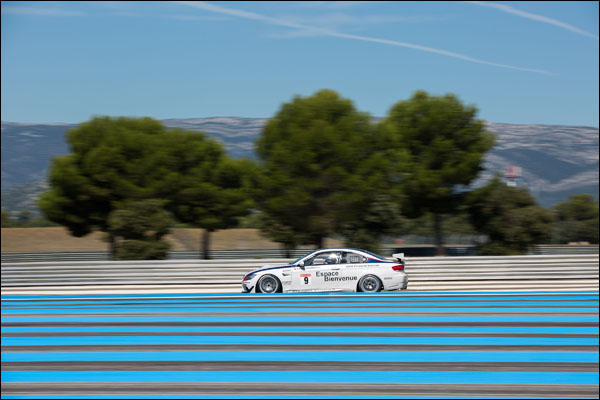 Salvador Tineo Arroyo (#888 Nova Race Ginetta): “We are very happy with the overall win. The car was really good during the race. I pushed hard to get in a better position after starting from tenth. Anttila finished the job by taking the overall win in the last lap. Hopefully we can do the same in race 2.”

Anttila Jesse (#888 Nova Race Ginetta): “The mechanics did a great job in the night to fix technical problems we suffered yesterday. Salvador showed good pace and I kept pushing when I got behind the wheel. The team told me on the radio that I had one more lap to go and then I realised that taking the overall win was possible. I pushed really hard and overtook the Camaro. Amazing!”

Marcel Nooren (#3 V8 Racing Camaro): “It’s great to score another win in our category. I was closing in on the Aston Martin when Erik suddenly spun. Getting into the leading position was a nice gift. When I saw the Ginetta drivers in my mirrors, I asked the team if I should defend my position. We decided not to risk anything because scoring points in our GT4 PRO category is important.”

Jörg Viebahn and Bertus Sanders won race two at Misano in the Ginetta G50 earlier this year and had been close to victory in the PROsport Performance Porsche 911 GT4 this season, but in race two at Paul Ricard it all came together and they scored their second and Porsche’s first win of the 2014 GT4 European Series. 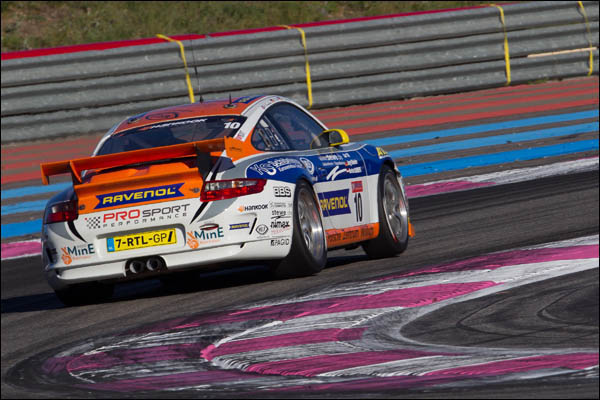 André Grammatico took his fourth consecutive win in the GT4 AM category.

Alfab Racing started the race from pole position, but Erik Behrens didn’t have the best of starts and was overtaken by Fran Viel Bugliotti (Ginetta), Jörg Viebahn (Porsche) and Marcel Nooren (Camaro). 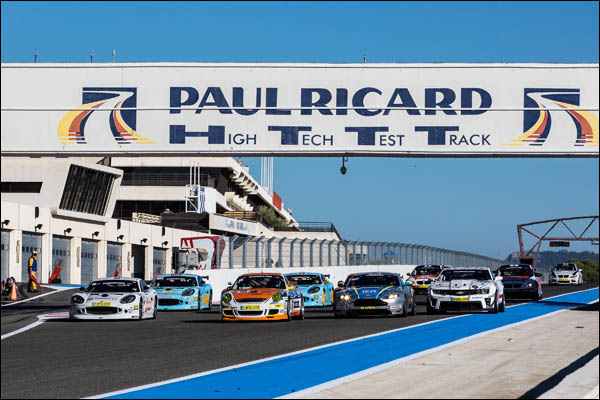 Bugliotti, however, was unable to keep Viebahn behind him and on lap two the PROsport Performance Porsche took the lead. After a couple of fastest laps Viebahn had stretched out his lead to almost five seconds over Bugliotti.

Behind Bugliotti Jesse Anttila and Manuel Lasagni were fighting for third overall and second in the Ginetta G50 Cup.   The pit window opened after 25 minutes and Viebahn was the first to come in, handing the Porsche over to teammate Bertus Sanders.

Bugliotti inherited the lead and stayed out until the end of lap 13. The extra laps weren’t enough as Sanders passed the pit exit while Bugliotti was still driving down pit lane. As the two crossed the line again the gap between first and second was still five seconds. Sanders held onto the lead and managed to increase the gap to 7.724s.

A brake issue in the final minutes meant Sanders had to ease off a little bit, but he still finished the race almost four seconds clear of Bugliotti.

Alessandro Bonacini and Manuel Lasagni finished the race in third place, just over eight seconds behind the race winning Porsche.   Jan Joris Verheul and Marcel Nooren finished in fifth place overall and second in GT4 Pro, scoring valuable points for the championship again. Daniel Roos and Erik Behrens finished sixth overall and third in GT4 Pro, which showed that having a consistent car like the Aston Martin Vantage GT4 is important in the series.

André Grammatico took his second win of the weekend in the GT4 Am category, making it four wins in a row. The BMW Espace Bienvenue driver finished 11 seconds ahead of the Las Moras Racing Team BMW M3 GT4 of Rob Severs and Liesette Braams. 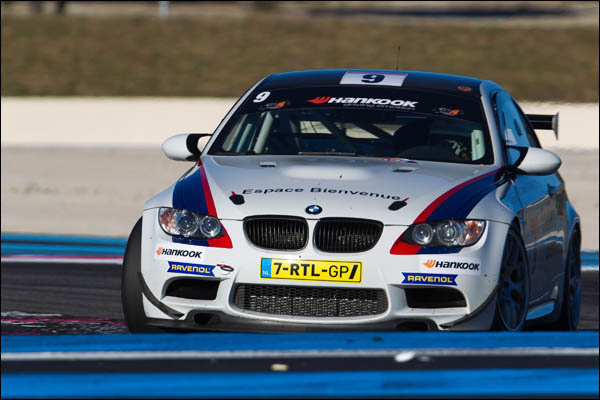 Bertus Sanders (#10 PROsport Performance Porsche): “This was a very exciting race. We were able to create a big gap over our main rivals, but it wasn’t easy to bring the car home. I suffered brake problems near the end of the race and it was a very close call at times. But we made it and we are very delighted with the win.”

Jörg Viebahn (#10 PROsport Performance Porsche): “We had major issues with the tyre temperature on this track. We didn’t run our preferred setup during race 1 as Hankook was afraid that the tyre wouldn’t last that long. But for race 2 we took the decision to run our qualifying specification for the race. As the run-off areas are wide, we wouldn’t hurt anyone if something would go wrong. Our do-or-die mission was successful. We will celebrate our deserved win tonight.”

Fran Viel Bugliotti (#16 Nova Race Ginetta): “We had understeer issues in the first race and we changed the car between the races. The second race the car was perfect. My start was very good as I went from eighth to first position in just 300 metres, but the Porsche is just too fast on the straight. I am very happy, the team did a great job and I think our Ginetta will be very good at the Nürburgring.”