Alex Buncombe enjoyed his first full test behind the wheel a Nissan Altima V8 Supercar last week at Winton ahead of his race debut alongside Todd Kelly in the #7 Jack Daniel’s sponsored car in the Sandown 500 on September 12-14. 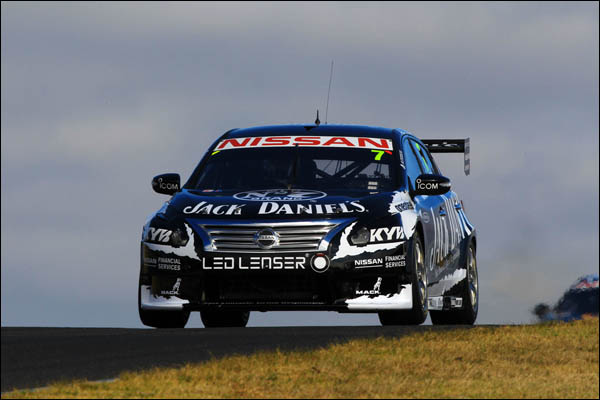 Buncombe got some brief running in the pre-season test at Sydney Motorsport Park in February but this was a first opportunity to get some significant running in. 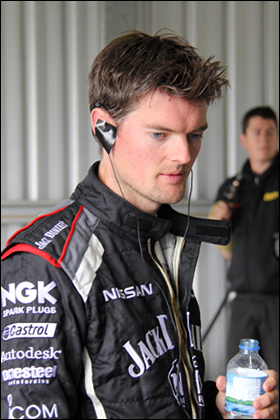 Buncombe reportedly set some some competitive times in a session that started in dry, cool conditions until steady rain set in around 1:30pm.

“I’ve got a really good feel for the car today. I did some running on old tyres and new tyres, so it was good to get a balanced feeling of the car.

“It’s such an exciting car to drive – both in the wet and the dry – but even more so in the wet. You have to be so patient on the throttle.

“Unlike the GT-R Nismo GT3 that I drive in Europe, you have no driver aids on the car, so it’s been back to basics for me. I’m just trying to learn the car, learn from the guys in the team and it’s been an awesome experience.

“It was nice to get experience in both of dry and wet conditions, because we’re off to Sandown in a couple of weeks and it could very easily be wet there too.” 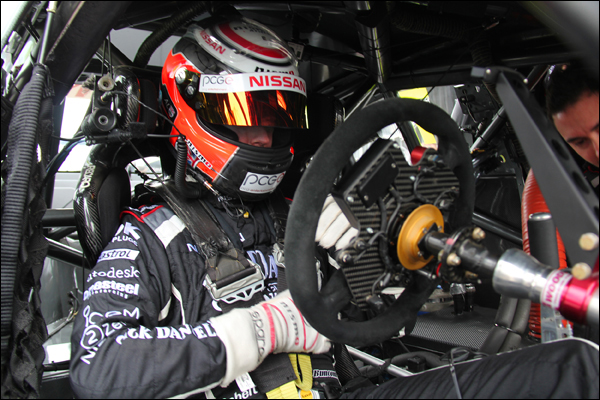 “You’d normally dread wet weather at a test, but in the case of car #7, we’re lucky, because Alex needs experience in all conditions.

“We were lucky to have most of the day dry. He worked on his cornering, braking sorted out and finesse – he’s done a great job there. We’ve also done a heap of pit stop practice.