The FIA WEC have announced this morning that for the first time American endurance racing fans will be able to watch the FIA WEC live on a major US network as Fox Sports 2 will show the entire six hour race as it happens from start to finish. 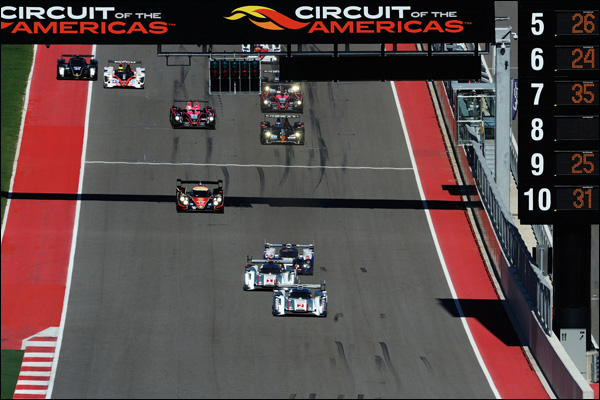 The race will start at 6:00pm ET/ 5:00pm CT, with the field of Le Mans Prototypes and Grand Tourers racing into the Texan night.

The chequered flag will be shown six hours later at midnight ET/ 11:00pmCT, with the entire race being broadcast live.

“Having a major TV network broadcast the 6 Hours of COTA live is very exciting and a big step forward in the promotion of the FIA World Endurance Championship brand in the USA,” said Gérard Neveu, CEO of the FIA WEC.

“The USA is a very important market to us and our partners and it is a reflection of the growing interest in endurance racing that the US round of the FIA WEC will have live TV coverage on Fox Sports 2. We are looking forward to traveling to Texas to start the second half of the FIA WEC season in just over one week’s time.”