Before we head to Paul Ricard this weekend, a brief history lesson about the first ever world championship endurance event held there 40 years ago, in August 1974.

So, does history repeat itself? Well, consider this. In the late 1960s Monsieur Paul Ricard, fed up with France’s draconian stance on alcohol advertising, decided to take matters in to his own hands and build a race track near the small town of Signes, where he had already laid an airfield. 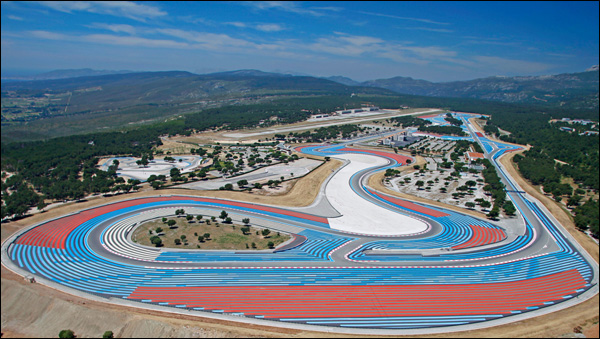 Spool forward ‘two score years’ to August 2014 and we are at Red Bull Ring (rather spookily as they also were in 1974, then the fearsome Osterreichring of course!). There, Herr Mateschitz had taken a leaf from Ricard’s philosophy and repeated it, albeit with a commercial atom-bomb rather than a gentle and aromatic French twist.

The times they are a changin’. But not by as much as you first think.

Defying the lazy and over used maxim that ‘everything was better back in the day’, the eighth round of the 1974 World Manufacturers Championship was pretty much a blue parade as the Matra-Simca MS67s won at a canter in their own backyard.

And it really was their own backyard because Matra used the then brand new Paul Ricard circuit as their test and development playground. Indeed, two of their drivers – Henri Pescarolo and Jean-Pierre Beltoise had been consulted on the design of the track itself back in the summer of 1969, a year before it was constructed and opened.

With Alfa-Romeo having had one of its regular hissy fits and withdrawn after the Osterreichring 1000kms, Matra’s only real opposition at Ricard was the John Wyer-run Gulf Ford-Coswoth GR7, initially entered for Derek Bell and Mike Hailwood. When ‘Mike the Bike’ suffered serious leg injuries at the German Grand Prix, aboard a third McLaren M23, just a few weeks before the Ricard 750kms, Wyer called up a reasonable replacement. Mr Jacky Ickx.

But even the brilliant Belgian couldn’t stem the unstoppable. This was despite his best efforts of shunting Gerard Larousse’s #2 Matra off the track at the halfway stage of the event!

After repairs, the Matra juggernaut cruised to a comprehensive 1-2, despite another scare, this time for Jean-Pierre Beltoise, who collided with Brian Henton’s March 74S. Beltoise’s team mate in the #1 Matra, Jean Pierre-Jarier then hunted down the repaired sister #2 car driven by Gerard Larousse (grand marshal at next weekend’s FIA WEC race at COTA) and eventually won by 3 clear laps.

There were plenty of interesting names also in the race that scorching weekend 40 years ago.

Taking the GT spoils were Tim Schenken and Rolf Stommelen in a Porsche 911 Carrera RSR. Like the main class, the GT category also saw a 1-2, as Georg Loos’s celebrated when Jürgen Barthand Clemens Schickentanz brought his other Porsche home a lap adrift of Schenken and Stommelen’s.

Setting a creditable 15th fastest qualifying lap in a Chevron B26, entered by Michel Dupont, was an ambitious young charger by the name of Rene Arnoux. The long-haired ‘wildchild’ from Grenoble was making his international racing debut but failed to finish along with team mate and owner, Dupont.

Twenty years later, after winning seven Grand Prix for Renault and Ferrari, Rene would round off his brief endurance racing career at Le Mans with the Gilles Gaignault entered Dodge Viper, finishing a fine 12th alongside Justin Bell and Bertrand Balas.

And to give another far-reaching link from the 1974 ‘racing world’ to the one we enjoy in 2014, a certain Paul Blancpain finished 5th in a Joest Porsche 908. 40 years later, a series baring his family name races at the circuit where he scored his best ever overall international endurance result.

To keep the then as now theme flowing, taking sixth overall that day was a Ligier JS2. Powered by a Maserati 3-litre engine, it was driven by Guy Chasseuil and Francois Migault. Guy Ligier entered the car and there is a good chance that the man himself, no doubt partaking in a glass of Ricard at lunchtime, could be back 40 years on watching a car still bearing his great name!