Day Two: 260 Miles, and a whole lot of wonderful Fords!

It was a relatively short hop from a pleasant overnight stay in Nowheresville Utah to Salt Lake City. It was an astonishing 44 degrees cooler this morning when I got into the car than when I had got off the Interstate yesterday. 54 degrees played 98!

With the sun up the temperature started to creep northwards as I got the hammer down (the 80mph limit was a godsend and I kept (relatively) close to it!) headed for Salt Lake City. The countryside, bordered by the hills and mountains is simply stunning – I do love a mountain!

The final 50 miles or so showed the other side of travelling in the USA, High Occupancy lanes and massive urban sprawl meant that Salt Lake City couldn’t come fast enough though there was plenty of thumbs up action in the direction of the NISMO 370Z amongst the morning’s travellers.

Bags stowed at the hotel it was time to make my way to Miller Motorsports Park, 30 minutes out of town after a run alongside the gorgeous Great Salt Lake, largest salt water lake in the Western Hemisphere and the fourth largest terminal lake in the world, piercing blue with wide saltine ‘beaches’ it makes a startling sight. 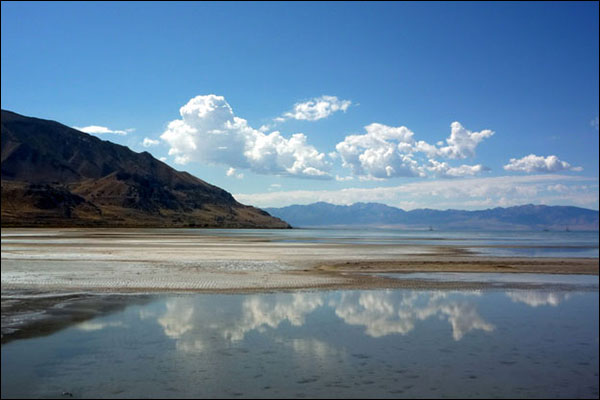 Onwards to the track and what a facility this is, the full course is a 23 turn 4.486 mile circuit, the longest road race course in North America, though the World Challenge event will use the Outer course (cutting out the infield section by using the cut through turn tellingly names ‘Witchcraft’) 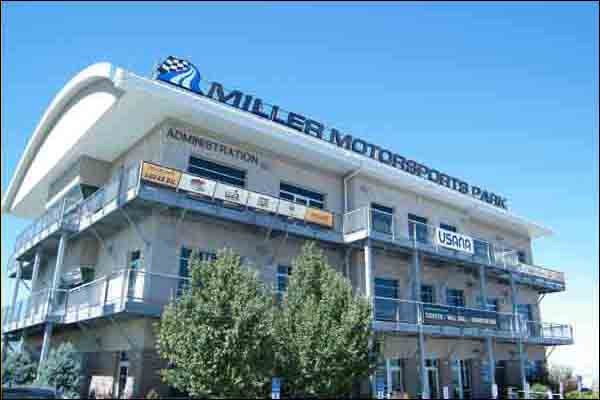 Bordered by hills this is a great looking place, quiet (with no cars on track) and, despite it’s relative youth as a facility (it opened back in 2006) it has bedded in beautifully and is clearly spotlessly maintained.

Credentials sorted and in through the gate the very first thing I saw was..another Nissan NISMO 370Z! Part of one of the numerous manufacturer displays here as the teams prepare for the track action ahead. 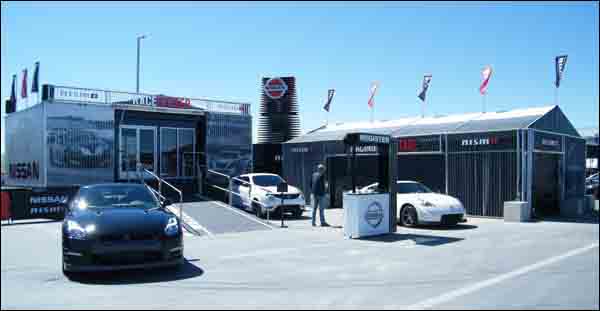 it’s a relatively quiet day with the cars out testing, no timing and scoring available though, and that was one of very, very few negative aspects to the package raised in a brief whistle stop tour of the paddock. “There are an enormous number of positives here and most of the remaining issues are pretty easy to fix. Stability of the calendar and race weekend timetables, and provision of timing and scoring through the whole weekend. Sort those things out and you’ll have a very, very happy bunch here,” said an experienced hand who preferred not to be identified.

Certainly the cars look good, but then again GT3 cars always do, and a smattering of very familiar faces always helps too.

All was calm with most teams but the Dyson Racing Bentley crew were busy with one car suffering an oil leak this morning and the other having only just received a replacement ECU after the bag it was carried in went missing in transit. The car is good to go now for the afternoon session. 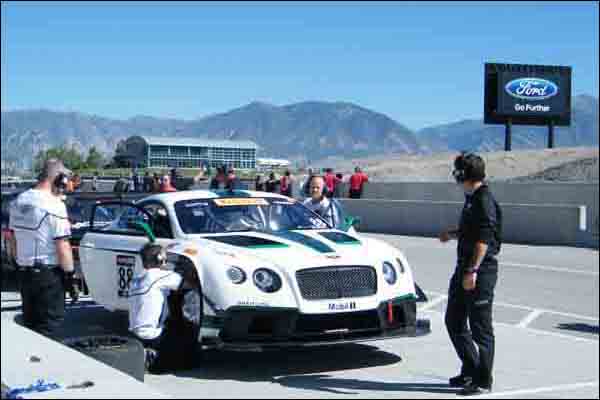 This is now the only major sportscar racing event on the circuit’s calendar, the local population have not, it seems, taken the circuit racing discipline to heart, the facility now dedicated in no small part to off-road sport with motocross, rock crawling and high speed off road racing all well supported in terms of participants and spectators – “The Utah public sure do love dirt.” said one seasoned observer!

With track action for the GTs done there was an unmissable offer from John Gardner, at Miller Motorsports Park, an old friend who I hadn’t seen for something more than a decade.

The track’s founder Larry Miller was a Ford fan – not the sort that has a vague preference for the blue oval rather than the bowtie of Chevrolet, but a man with a lifelong passion, who later in life had the means to indulge that passion – The museum at the circuit is a quite astonishing collection, an almost complete record of Ford’s achievements in sportscar racing through to the GT40 era, Cobras, Mustangs, GT40s and more – It’s a collection that deserves more attention than I can give it in this short article, and that’s what it will get. 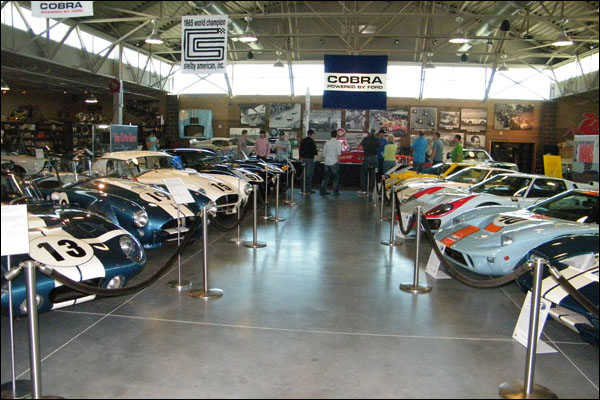 It’s the only collection in the world that includes at least one example of every mark of the original GT40 series, including one of the original 6 MkIII road cars, there are treasures galore in this relatively small building, ad the Miller family have kept it free for anyone to come and see. 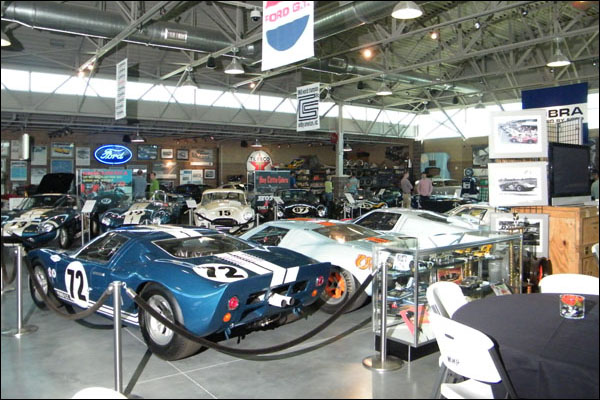 Oh and on the way home there was a huge potato parked outside the Hotel! 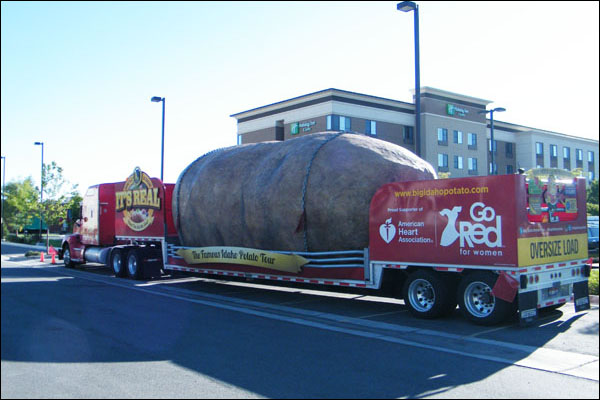