Alex Brundle continued his dominant streak and clinched pole in Friday evening’s qualifying session with a 1:57.809, a new qualifying lap record. This comes as a landmark result for the Ligier JS P2 chassis, which is only just making its North American debut. With HPD power onboard, Brundle was able to beat out the #10 Corvette DP of Ricky Taylor to pole position by .834 seconds. The #01 Chip Ganassi Racing Ford EcoBoost/Riley of Memo Rojas was able to finish out the top three in class with a 1:58.928 on his final flying lap.

Driving his #25 8Star Motorsports ORECA FLM09 to a 2:00.528, rising star Sean Rayhall took pole in PC class qualifying, a session briefly interrupted by a red flag period following an accident for the #38 Performance Tech entry with David Ostella onboard. Polesitter Rayhall was more than half a second quicker than his nearest rival, the #54 CORE Autosport entry with Colin Braun at the controls. Despite strong outings in every practice session, RSR failed to deliver as good a qualifying run as one would have hoped: Bruno Junqueira (#09) managed third while Jack Hawksworth stopped on course before completing a lap. 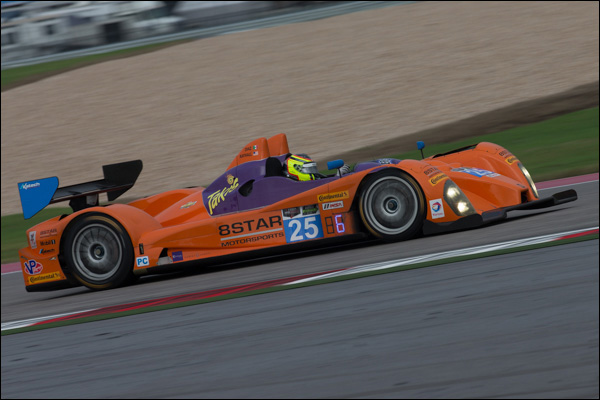 The #93 Dodge Viper SRT of Jonathan Bomarito took GTLM pole courtesy of a 2:03.539. After post-qualifying tech inspection found a missing camera pod on the roof of the provisional polesitter, the #910 Porsche North America 911 RSR, Patrick Pilet’s 2:03.302 was disallowed, promoting Bomarito to class pole. The other two bullets in the Porsche gun, meanwhile, made up for Pilet’s woes and qualified second and third, with the #911 of Nick Tandy and Jörg Bergmeister leading the #912 sister car of Michael Christensen and Patrick Long by .251 seconds. 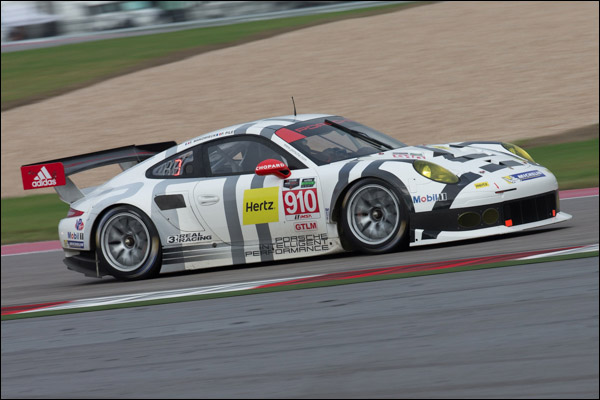 In GTD, it was James Davison who grabbed a third consecutive class pole in the #007 TRG-AMR Vantage he shares with Al Carter. Davison, setting a 2:08.502, beating out the #33 Riley Motorsports Dodge Viper SRT of Jeroen Bleekemolen, the quickest in the final practice session immediately before. The Dutchman trailed to Davison by only .312 seconds, while championship co-leader Dane Cameron, driving a specially-numbered #300 Turner Motorsport BMW Z4 this weekend, was only .012 seconds adrift of Bleekemolen. Cameron’s championship rival, Townsend Bell, could only manage 15th in class in his #555 AIM Autosport Ferrari 458 Italia. 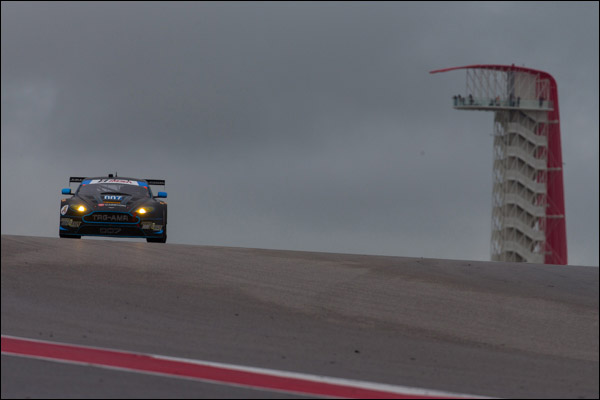