Hot on the heels of the announcement of the first Bentley GT team in Asia comes the first customer for the Continental GT3 in Oceania with the car set to debut at the final round of the Australian GT Championship presented by Pirelli at Highlands Motorsport Park in New Zealand this November in the hands of a team well known to DSC and our readers. 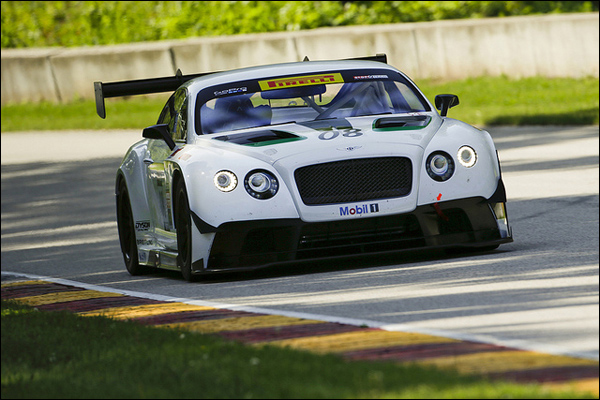 “Peter Edwards has been a long-time fan of the Bentley GT3 car, and in fact drives a Bentley Continental GT every day,” Maranello Motorsport’s Mark Coffey confirmed – the Bathurst 12-Hour winning team-boss also explaining that the Bentley’s arrival makes no change to the team’s primary focus with Ferrari.

“Maranello Motorsport was set up predominantly to prepare and maintain sports and GT cars some 18 years ago, however very quickly we became the operation of choice for Ferrari owners, and as such the bulk of our business now is about preparing, maintaining and managing Ferrari GT cars. We also enjoy a terrific working relationship with Michelotto and Corsa Clienti in Italy – none of that will change.

“Over the years a number of our clients have campaigned cars outside of the Ferrari stable – Porsches, Lamborghinis etc – so when Peter decided he really wanted to campaign the Bentley, we were his first choice to prepare and maintain the car, and we’re really looking forward to it.”

The Bentley is in the final stages of preparation at M-Sport in the UK and will be delivered to Australia ahead of its proposed debut at Highlands Motorsport Park in early November.

Edwards flew back into Australia recently to contest the penultimate round of the Australian GT Championship [AGT] at Sandown in Melbourne, and the AGT regular was all smiles after his maiden test in the car during his time in the UK.  “It was everything I’d hoped it would be,” the reigning Bathurst 12-Hour champion admitted. “It’s certainly different to the Ferrari 458 I’ve been driving over recent years, and physically it has a great presence – it’s both longer and wider than a 458. We tested at a little known circuit close by to M-Sport with plenty of elevation changes and it was interesting to say the least – especially with that long nose, but it was certainly a delight to drive.

“M-Sport are a fantastic operation – not too dissimilar to AF Corse in their professionalism – and they had a full crew on deck to support the test and ensure I was comfortable in the car. I can’t wait to take it to Highlands!”  Mark Coffey revealed that he would be taking both the 12-Hour winning #88 Il Bello Rosso Ferrari 458 Italia, and the Bentley GT3 to Highlands for the final round of AGT, but had not yet confirmed the driver lineup in each car.

“John Bowe is still in with a mathematical chance of winning the title, so we might leave him in the 458 and find a good ‘pro’ driver to join Peter. Then we have to determine what we do for the Bathurst 12-Hour. Peter is likely to campaign the Bentley – and we should have some interesting news shortly about the drivers that will join him – but we’ll definitely be defending our title in the Ferrari and already have some star drivers lined up to join us, as well a number of Corsa Clienti regulars who are desperate to join the team as well.” 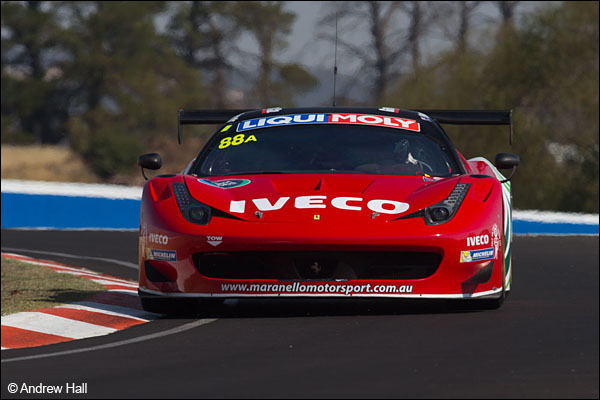 Since it was launched in late 2012 the Bentley Continental GT3 has had the electronic media world abuzz, with fans and enthusiasts alike lauding its style and beauty, but it doesn’t just look good, having won two rounds of the hotly contested Blancpain Endurance Series this season – arguably the most competitive GT3 series in the world.

“The car has proven very successful in the hands of factory drivers Guy Smith, Andy Meyrick and Steven Kane and at one stage the M-Sport led team were within striking distance of the title, so we know it’s quick,” Coffey admitted.

“Peter has developed a lot over the last 18-months as a driver, so we’d expect him to be at the pointy end of the field in Australian GT next year, but he’ll be battling his team-mates in a Ferrari 458 too.. as to what team I’ll be barracking for, I won’t make that public, but I would suggest that I bleed red..!”

The final round of the Australian GT Championship presented by Pirelli is scheduled for 7-9 November at Highlands Motorsport Park in New Zealand, whilst the 2015 Liqui-Moly Bathurst 12-Hour will be on 6-8 February.