There seems to be have been a pattern developing over this season, and it’s definitely one that I’m not happy with but for the most part, it’s been completely out of my hands. This last weekend at Circuit of The Americas was no different and, ultimately, it was a disastrous weekend for us with very poor results being little reward for all the hard work put in.

We all looked forward to going to Texas as COTA is one of the finest facilities in the USA. The circuit is great fun to drive and a huge challenge to get right due to the sequence of corners and the fact that it goes from a series of high speed corners to a series of long straights and slower corners, it’s a real challenge to flow it all together. A driver has to drive in a precise but aggressive way to get a lap time, and it’s vital for engineers to make sure that the car gives the driver the ability to do that. If it’s not able to change direction well enough at a given point, or is not stable enough, the lap time will slip away. 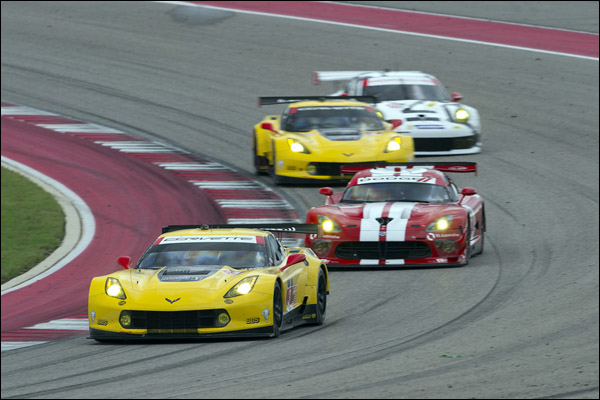 It was my turn to qualify last weekend and it didn’t turn out well. A small percentage of our performance was down to us not quite getting car underneath us and our on-going problems with the chassis imbalance, but a far greater percentage was down to BoP. As Tommy said afterwards, there seems to be several classes within the GTLM class…

Despite the fact that it rained at COTA last year, and it was forecast, it always comes as a bit of a surprise when the skies darken and the heavens open. Although we didn’t get hit by rain anywhere near as badly as the WEC, the changeable weather meant that there wasn’t much consistency between track sessions in terms of data. It just added to the challenges we faced. As for the race, probably the less said about it, the better. It wasn’t one of our finest hours (well, 2 hours and 45 minutes)! 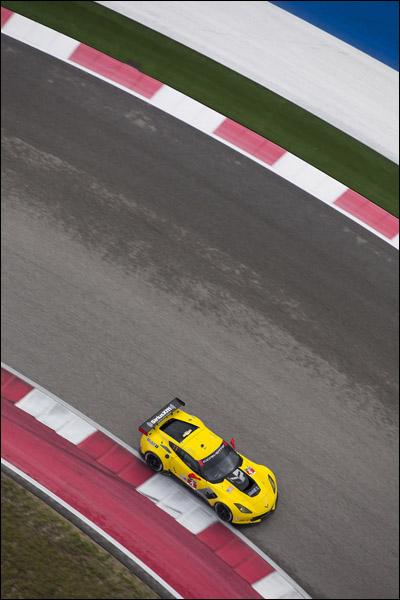 No matter whether it was wet or dry, it was hot and ultimately that was probably harder for the guys in the team than it was for us drivers. In our Corvette the heat wasn’t that bad and it’s certainly a benefit to us that the AC system worked so well in the cars – something that Corvette Racing put a lot of thought and effort into in the new car which has paid off. I could see a lot of other drivers struggled with the heat and I know that in the 6-hour race, for example, drivers were nauseous when getting out just because of heat and dehydration. You never saw a driver without a drinks bottle the whole week so it wasn’t because they weren’t doing their bit.

Being with the FIA WEC meant it was a really packed paddock and the schedule was crammed, but it was nice to see again all the Aston Martin guys who I worked with last year at COTA. Darren and Stefan got a good result on Saturday night which made up for last year’s disappointment.

If the Corvette in that race couldn’t win and be up there, then it was good to see Aston take the victory. It was great to see Tommy, Jordan and Ricky drive together in the WEC (Team America), and a shame they were unlucky in the storm and caught out by the regs. It was also good to see all the Audi guys outside Le Mans and I got the chance to talk to my old team mate Marcel Fässler, who had a great weekend, earlier in the week when I had coffee with him, Benoît and André at Mellow Johnny’s the famous bike shop in Austin. Our race might not have gone so well, but Austin itself ain’t that bad!