On the same day as Jules Bianchi’s life-threatening accident in the Japanese Grand Prix came the news that former F1 and Lancia sportscar racer Andrea de Cesaris was killed in a motorcycle accident on the Rome ring road, writes Mark Cole. The Italian, who was 55, competed in 208 grand prix without a win; he had more success in sportscar racing, driving for Lancia in both Group 6 and Group C in the 1980s.

The Roman driver started in karting, but became noticed in Formula 3, finishing 2nd to Chico Serra in the 1979 British F3 Championship, before being picked up by Ron Dennis for Formula 2. He graduated to Formula 1 in 1980, starting with Alfa Romeo before moving to McLaren. His propensity to crash earned him the nicknames ‘de Crasheris’, and was dropped by Guy Ligier from his eponymous team after one shunt too many, the former French rugby international famously stating “I can no longer afford to employ this man.”

Although he had three podium finishes, thirds each with Alfa Romeo, Brabham and BMS Scuderia Italia, his best F1 season was with Jordan in 1991, where he had a number of top six finishes including back-to-back fourth places in Canada and Mexico to take 9th in the driver standings, although he had become the youngest polesitter (22 years) at that time in the 1982 United States West GP.

But it was in world sportscar racing that Andrea shone, considered a safe pair of hands by team manager Cesare Fiorio. He competed in 11 world championship races between 1980 and 1989. He had one win, and sharing a factory Lancia Beta Monte Carlo with Henri Pescarolo, finished 2nd to teammates Riccardo Patrese and Michele Alboreto in the 1980 Watkins Glen Six Hours, and third at Brands Hatch in the 1985 1000 Kms in the glorious Lancia LC2 (below). 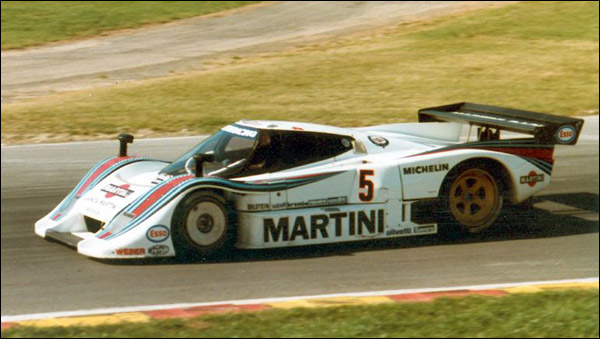 His last race before fulltime retirement from the sport was in the WSPC Dijon 500 Kms at the wheel of Gianni Mussato’s privateer Lancia LC2, which retired with a suspension failure. 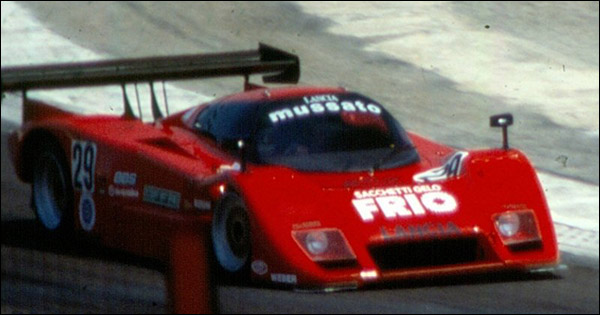 He made a brief comeback in the short-lived GP Masters series for former F1 drivers, finishing 4th in the first race in 2005. A successful currency broker in Monaco, de Cesaris also excelled at windsurfing, and was still supremely fit at 55.