The penultimate round of my first season in Super GT actually took place outside of Japan, in Thailand.

Before the race weekend got underway I went to Bangkok to do some work with the guys at Nissan Thailand. My Thai colleagues are the nicest people and they treated me so well from the moment I arrived at the airport. After the long flight it was a real pleasure to discover that they had booked me into one of the best hotels in Bangkok. 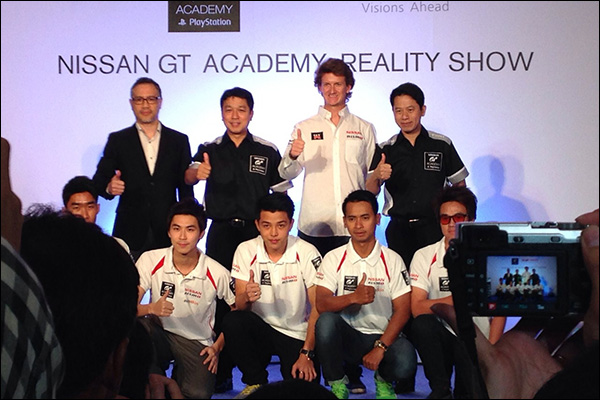 I did some live television interviews on True Channel and it was good to have the chance to talk about Super GT and GT Academy. Thailand held its first GT Academy competition this year and I know it was a great success for them. I attended the launch of the GT Academy TV show along with the Thai finalist and a great group of media and we rounded off a good day with an excellent dinner in a Japanese restaurant.

The following day I managed to do a little sightseeing and I’m glad I did as I got to visit one of the most important places in Bangkok – the Grand Palace. It was amazing to go to the palace and see where the Kings of Thailand lived from 1782 until 1925. 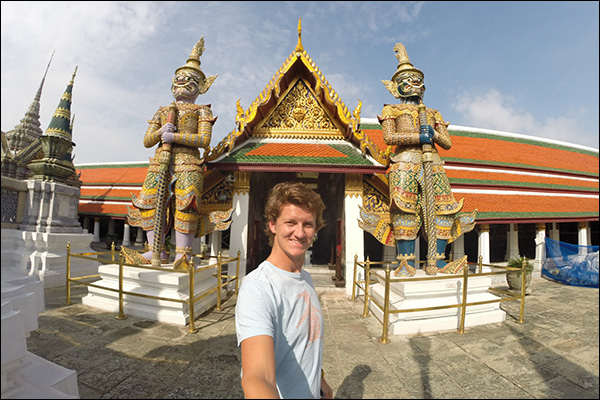 After the Grand Palace visit it was time to meet up with Kazuki, my team mate and the NISMO staff to travel to Buriram where the race would be held. It was a crazy seven-hour road trip in a van with a driver who I don’t think will ever make it to the GT Academy finals! Kazuki and I both ended up feeling pretty travel sick after that so it was a relief to arrive at Buriram and get our feet back on solid ground. 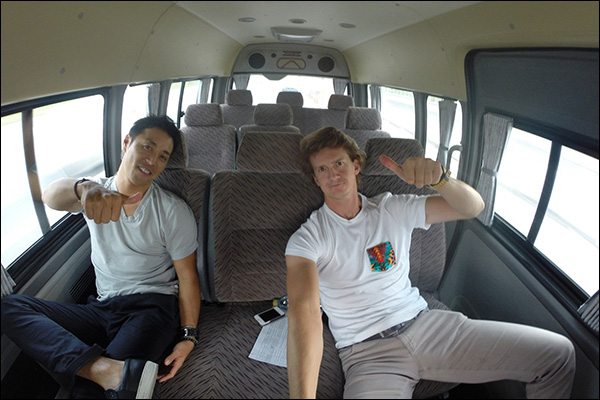 On Friday it was time to head to the brand new Chang International Circuit. We needed to do a track walk to get a good look at the new circuit but my goodness it was hot and so humid. I loved the layout of the track as it’s very fast and has some technical corners.

During the first free practice session we found the track had very low grip due to the lack of rubber but we expected it to improve as the weekend went on and it did just that.

After a promising second free practice session on Saturday we headed in qualifying feeling confident. I really enjoyed the qualifying session as we could push to the limit here, despite the fact we couldn’t match a local Porsche but that is because they had no weight handicap. We were very happy to secure second place on the grid and we were really happy with the balance of the car. We still had to check and analyze the data before deciding on the final set up as we needed to make sure we would have consistent pace on the tyres. 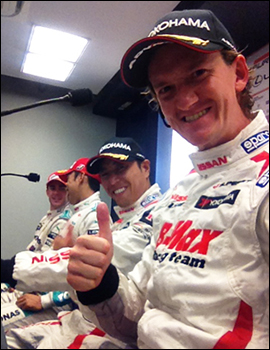 When race day came along we knew we had to push for a great result as the final round at Motegi is unlikely to suit the GT-R as well as the Buriram track. Kazuki started the race and kept a great pace, catching the leader by the end of his stint. We got the strategy just right, pitting a few laps after the leader so when I joined the race I had the lead. I had the BMW of Jorg Muller behind me but I maintained the lead until two GT500 cars pushed me off the racing line and the Thai Porsche got the opportunity to pass me. He then had a problem though so I focused on keeping my tyres and brakes in good condition but all the time mindful that I had a very motivated Jorg Muller on my tail!

After a long stint and last laps that went on forever I crossed the line in first place! What a feeling! I received very emotional messages from my engineer Ogawara-san and the rest of the crew. It was an amazing feeling to do the lap of honour and then to see Kazuki waiting for me on the main straight. I jumped out of the GT-R and jumped onto the roof with Kazuki to celebrate our win. This is the first win of the season for the GT-R GT3 – in fact it’s the first in Super GT since 2012 so I am very happy for the B-MAX NISMO team as they worked so hard to achieve this.