Part Two of our look at alternative approaches to funding motorsport programmes looks at the first crowdfunding effort to cross our desk.

Martin Braybrook has been around the sportscar racing scene since before DSC was established, campaigning the mighty GT1 Vipers at the turn of the century in Europe and North America. 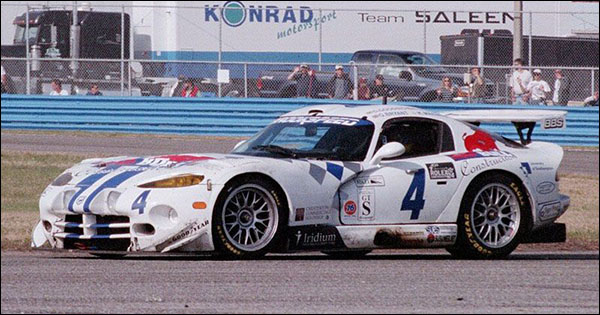 More recently the team returned to top line GT racing with a GT3 Viper, and took the 2008 British GT Championship with James Gornall and Jon Barnes at the helm.

A plan to move back to the Le Mans Series with Formula Le Mans Orecas came to nought and the team focused instead on more grassroots efforts in one-make Porsche racing, and Brookspeed’s core business with high end performance road cars until 2014 when a new potential programme broke cover.

“I like the potential scope with GT3,” said Martin.

“And I particularly like the Bentley. It’s clearly a very good car, I believe it will be competitive for quite a while, and more importantly I believe it stands out as a car that people will want to drive, and to race.”

“The reality is that racing is expensive, and racing nowadays in GT is particularly expensive. The upside is that the cars can be raced now more or less anywhere aside from Le Mans, so a well run car can give you a commercial programme. the problem though is getting that programme to the starting line.”

Crowdfunding was less of a giant leap and more of a necessity in this case.

“I simply don’t have the finance to buy a GT3 car – Beyond getting the car here though I believe we can make the business of racing it work. The issue is getting to that stage, and crowdfunding of some description emerged as likely the only realistic option.”

The initial model was based on attracting around #500k via individual ‘Founder’ funder purchasing, quite literally, ‘shares’ in a new Bentley Continental GT3.

It was not without success, £1000 is not a small amount of money and funders came forward, and continue to do so, in dozens.

Dozens though won’t do the job and Martin readily admits that the effort had lost some momentum.

‘Firstly the success that the Project Brabham effort had really inspired me. I’ve heard some say things like “You must be really irritated that you were there first and they’re doing so well. Actually they’ve shown us what works, and what doesn’t and we’re changing our offer to reflect that.

That has seen a range of new offers emerge into the project starting from a much more modest £50.

The second thing that occurred was a recent invitation to visit Bentley where a high level meeting, whilst establishing immediately that there will be no short cuts to a car purchase, showed Martin too that there would be real, meaningful support bot for the funding effort, and for any race programme that might result from it.

“I came away from that meeting seeing that this could really work, could really be something of real quality ad that it was really worth pushing, very hard indeed, to make it happen.”

The effort gained new momentum – Indeed when the DSC Editor called Martin was buzzing after a regular road car customer rang to book in a car and added that when he brought the car in Martin should remind him to give him a cheque for £1000!

“We just have to push, be realistic about what’s achievable over what timescale, but push. We have plenty of assets that we really haven’t used enough yet, (including the support of local boy made good Derek Bell!) and that’t now the most important thing – taking a look at what might persuade people to decide to back us.”

It’s a long, hard road ahead, but Brookspeed have taken stock, taken a breath and are pushing on.

The Brookspeed Bentley Racing Club may not be on the grid yet, but don’t count them out.

You can read more about the programme at http://www.brookspeedbentley.com/about-1/