Nicolas Perrin’s drive to get an (almost) eponymous LMP1 programme on track was possible only the second time that a potentially top flight truly ‘open source motorsport programme had been attempted, the first being the ongoing Bloodhound SSC programme to attempt to take a British designed and built land vehicle to 1000mph.

Perrin’s Perrinn LMP1 project is the second LMP1 design effort from the talented ex Courage and Williams F1 Frenchman (the additional ’n’ in the car’s descriptor is deliberate), and comes after the short deadline, low budget effort to bring the ill-starred Pescarolo 03 to the track.

The tale of the Perrin programme to design, develop, build and race an LMP1 coupe has been told here before but there have been two important changes in recent weeks. 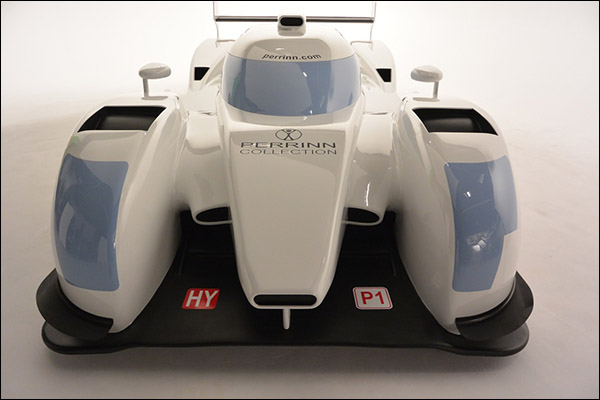 Nicolas may be an enthusiast but he’s also a realist – “Open source is professionally and intellectually a very rewarding experience but the reality is that alone it didn’t push us forward as fast as we needed.

“At some point there is the necessity to make a living and one way towards that has been to publicise design work that I have been undertaking outside of the racing and automotive areas. The first iterations of this can be found on the Perrinn website as ‘The Perrin Collection’

That’s not to say though that the LMP1 project is dead – far from it!

“We looked at crowdfunding in the early considerations of how to press on with the project but it is fair to say that I have been impressed with what has been achieved by the Project Brabham guys – They’ve made a splash, made some money and it will give them a great calling card – We’re going to give that a try too.”

Indeed they are, and the effort is already online

The second major change came a few days after our initial conversation about crowdfunding and focused on support which has emerged from a Brazilian group headed by ex composites magnate Patrick Choate that aims to help progress the LMP1 programme through a film documentary.

“They have been looking for a racing programme for a while and clearly they see something in what we are doing that appeals.

“We aren’t a well funded factory effort working through a list of problems, we’re starting with a blank sheet of paper (or more likely a blank computer screen!). From that start we have achieved a great deal in the design and theoretical areas but now we need to progress towards reality.

“Our Brazilian friends are realists too, theres a long way to go, but the timescales we, and they, have set for ourselves are perfectly sensible.

“We aren’t on the grid yet, but the feeling in the camp is that we are now taking steps towards it.