It’s Andy Lally’s turn to see himself in a more than decade old mirror today as his is the latest long lost profile interview to find its way back to the DSC screen.

Long time DSC, and pre-DSC man Andy Hartwell caught up with the fresh faced young Lally back in 2001, then leading the way in the soon to be dispensed with Grand-Am SRPII class (deja vu!)

Happily 13 years on a then uncertain future has been a happy one, Andy’s racing cv is littered with great cars, great teams and great races. Long may it continue. 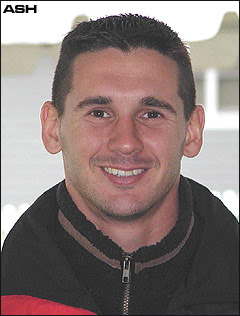 “Archangel Motorsport Services’ two teams hold the top spots in the SRPII class, with the #21 Nissan Lola holding a six-point lead over its sister car, the #22 Nissan.“

That is the opening line from the Grand Am website where the updated points standings for the SRPII class teams were recently posted following the Watkins Glen event. Leading the individual driver’s standings in the class is Long Island (New York, USA) native Andy Lally. I had a chance to talk to this young leader at the Lime Rock Park Media Day event held just a few days before the traditional Memorial Day weekend racing program.

Like this writer, Andy Lally grew up on Long Island, about 50 miles or so east of New York City. Unlike this writer however, this much younger man put his hands where his heart was and began the arduous process of becoming a professional racing driver at a very early age. For me, I’m afraid, the only things my hands do at speed are type these features and bring my laden fork to my lips, not for lap after lap, but for helping after helping.

“I started playing around on karts when I was a kid. I always had a kart on my wish list for birthdays and Christmas and I was always bugging my parents to get me one. My folks didn’t want me to get involved with anything that was motorized. They wanted me to play baseball and soccer and that kind of stuff. I did play a lot of sports but finally I was able to get a kart and go racing. 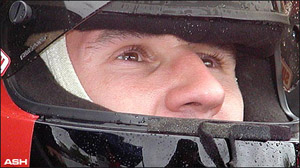 “It wasn’t a big deal at first but my family got behind me when they saw I was putting in the effort and the time. I used to go to Westhampton (a track located on the eastern end of Long Island) and to a track that used to be in the town of Melville. I even raced in a parking lot at the Bald Hill Cultural Center. I did that from the age of 13 to 19 and in my last two years in karting I won national championships. That last year I also started racing cars, driving a Toyota MR2 for a local car dealer. My first-ever race was the SCCA ‘6 Hours At The Bridge’ (Long Island’s now extinct Bridgehampton Race Circuit) in 1993.

“I later became a teacher at Bridgehampton and got to spend a lot of time there. It was a great place and the sand and the wildlife made it so amazing. It was my favorite track.” (Sad to say the 2.85 mile circuit that saw the introduction of the Chaparral 2E ‘flipper’ car in 1966, as well as being host to many of the greatest races and drivers in sports car history, is now a golf course.) 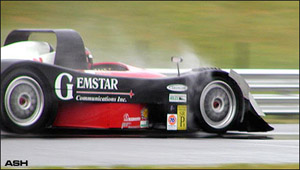 Lally drives the #21 Archangel Motorsports Nissan-Lola for his long time friend Mike Johnson. “We became friends about five years ago when we raced against each other in the Formula 2000 series. I got into that by friends helping me move up the ladder through the MR2 to a Formula 500 to Formula Continental and then finally, into my first pro race with F2000. Mike and I have stayed good friends through the years. When he was talking about starting this team up we talked about driving together as teammates but he decided to move into the team owner role.”

“I ran F2000 for two and half years before moving up to the Barber Dodge Series. I could only complete eight of the 12 races for monetary reasons, but I did well. I had a second, three thirds, and a fifth in those eight races so we were in contention.” 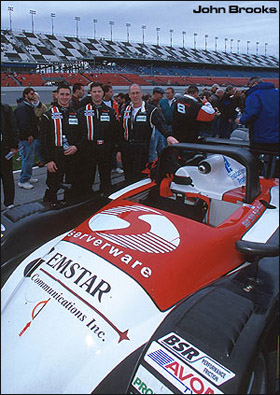 One would think that, having been behind the wheel of so many cars, the techniques and skills needed to be successful in each must have both a shared and a unique quality about them. Lally concurs: “I learned most of my set up and development skills in the F2000 series. You really learn how to race hard there. By the time I got to Barber Dodge I was kind of refining that. The cars are more powerful but they don’t have as much grip. There are quite a few differences really. One is a 6-speed sequential gearbox and you run with radial tires. The other is a 4-speed H-Pattern with bias ply tires. These cars are a little more nimble but they have less horsepower. Both cars helped me to learn my craft.

“The Nissan-Lola is awesome to drive. It is a very nimble and forgiving car. The power and torque are really good. The power to weight ratio is somewhere between a Toyota Atlantic and an Indy Lights car. The driving style is similar to what you use in a lightweight and high-grip high-down force car.”

Like the rest of us had in our youth, Andy Lally had dreams about what he could be later on in life. I wondered what was it he saw in his future when he dreamed of having a career in racing. “To tell you the truth my dreams have changed over the years. When I first got into go-karts the only thing I knew was NASCAR Winston Cup racing and that is what I wanted to do. As I started focusing my energy on open wheel racing the goal became CART. The Indy 500 was always a goal because it was the biggest race. Now, as I have progressed and driven just about every kind of car, I would be completely 100% thrilled with a career in any kind of auto racing. I have had the chance to go to Europe and race and have a great time. I ran and won at the 24 Hours of Daytona……. 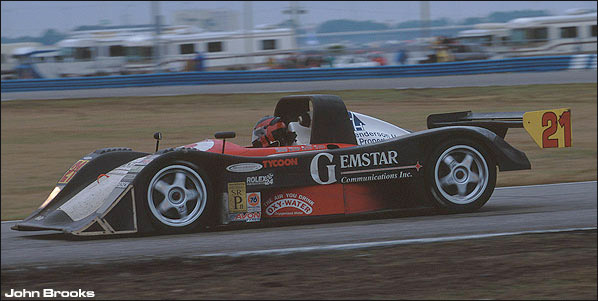 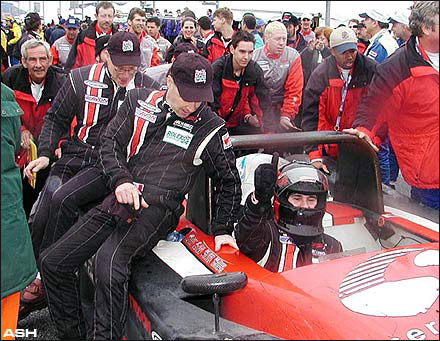 ………I did the AC Delco 200 race in a stock car last year. I ran the Barber Dodge cars, Toyota Atlantic, Sports 2000 and more and I absolutely loved them all.

“You know, I lived on Long Island but, until I was 17, I had no idea what Bridgehampton was. I knew that, out east, there was a Riverhead Raceway (a short oval for Saturday night NASCAR modifieds and demolition derbies, figure 8 races and such) but I had no clue there was a road course out there too. Now, when I talk to young karters, I make sure to tell them there is a world of racing out there besides NASCAR.”

The world of auto racing is a diverse one indeed. More and more it seems drivers are taking steps to be involved in a variety of series and cars, much like the famous drivers of the past, such as a Mario Andretti or AJ Foyt. Men who would just as soon run nose to tail in a stock car on a super speedway, or slide around corners on a dirt track, as drive a Ford GT40 or Lotus F1 car on a road course. Just three of the names of today that come immediately to mind are Boris Said (Craftsman Truck Series, Trans Am, GT cars), David Murry (GT cars, Prototypes, NASCAR stock cars) and David Donohue (Trucks, Touring Cars, GT cars). To this list we can now add the name of a young man who wants to be successful behind a wheel rather than behind a desk. That name is Andy Lally.

“Any direction I go in from here is fine as long as it is in auto racing.”