2013 GT Open champion Andrea Montermini and his co-driver Niccolo Schirro scored a vital win in their Villorba Corse Ferrari at the Circuit de Catalunya on Saturday, putting them into the lead of the championship ahead of Sunday’s season finale. 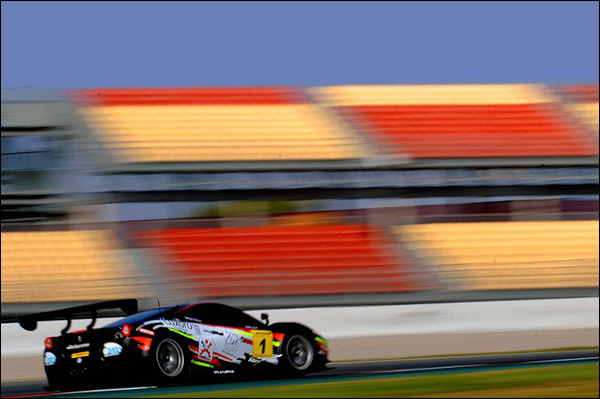 At the start, Maxime Soulet in the #4 V8 Racing Corvette swept around the outside of T1 to take lead, but polesitter Daniel Zampieri in the #60 SMP Racing Ferrari had a better line through T2 and recovered the lead soon enough.

Behind them, Miguel Ramos in the #19 V8 Racing Corvette tagged Marco Cioci’s #56 AF Corse Ferrari as they went through T3. Both cars lost a handful of places and Ramos was left with a damaged bonnet, although neither driver had to retire. The incident was given added significance due to the fact that Cioci’s co-driver Giorgio Roda leads the GTS points standings.

After the first lap, Zampieri led from Soulet, with Montermini third thanks to a strong start. Federico Leo in the #84 AF Corse Ferrari led the GTS class in fourth overall, ahead of Phil Keen in the #88 Balfe Motorsport Ferrari and Fabian Hamprecht in the #6 Novadriver Audi.

Seventh-place Archie Hamilton in the #6 SRT Corvette was keeping Hamprecht’s Novadriver team-mate Cesar Campanico at bay in eighth for the time being.

The opening laps were largely uneventful, save for the retirement of Tiago Mesquita in the #33 Veloso Motorsport Lamborghini. With eight laps in the bag, an unruffled Zampieri had built up a four-second cushion over Soulet, who himself was three seconds ahead of Montermini, making it an all-Super GT top three at that point. Leo, Keen and Hamprecht remained the top three GTS-class runners in fourth to sixth place overall.

Behind them, Hamilton began to come under pressure from Campanico, eventually losing a place to the Audi man through the chicane on lap nine. Ninth-place Jerome Policand in the #85 Sofrev Ferrari also spotted his opportunity and demoted Hamilton another place as they cleared the final corner. 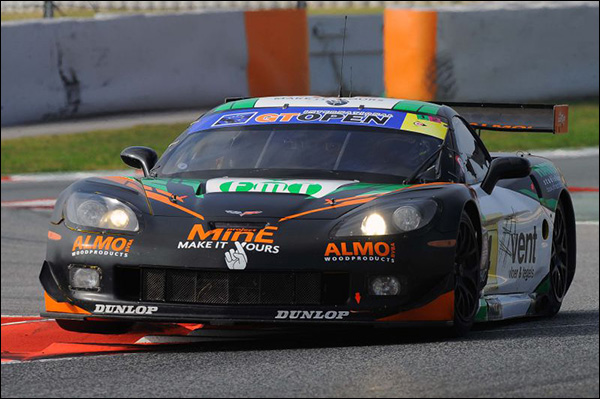 The pit window opened on lap 15, with Soulet having reeled in Zampieri slightly to bring the gap at the head of the field down to just over two seconds. The frontrunners stayed out until late in the window, giving the fast drivers as much track time as possible.

Campanico was the first well-placed driver to come in, handing over to Aditya Patel on lap 18 with 35 minutes of the race remaining. The Indian emerged third in GTS and sixth overall once the order shook out.

Soulet came in from second place on lap 20 to hand over to Diederik Sijthoff, but leader Zampieri and third-place man Montermini left it as late as possible to hand over to their co-drivers Roman Mavlanov and Niccolo Schiro, respectively. 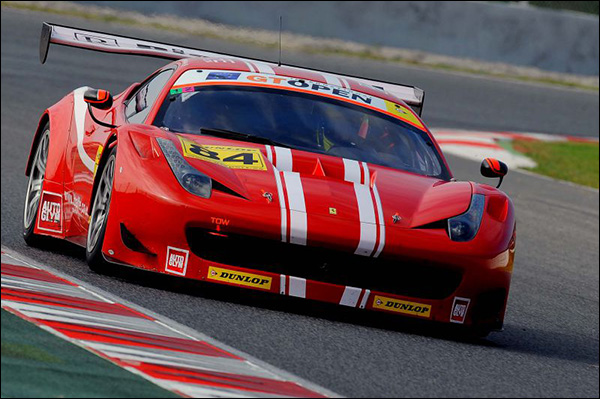 Once the stops were completed, Sijthoff led, while Mavlanov came out just behind Schirro. Keen’s co-driver Shaun Balfe held fourth overall and the GTS class lead in the #88 Ferrari, which was now running ahead of the #84, with Claudio Sdanewitsch having taken over from Federico Leo.

Schirro rapidly caught Sijthoff’s Corvette and immediately began piling on the pressure. A robust move at the hairpin on lap 26 saw the #1 Ferrari take the lead, and Sijthoff straight away fell into the clutches of third-place Mavlanov.

On lap 28, things came to a head as the two cars banged doors through the chicane, and on the next lap there was further minor contact in the braking zone for T5, but Sijthoff still held on to the position – albeit with almost 15 minutes of the race still to go. 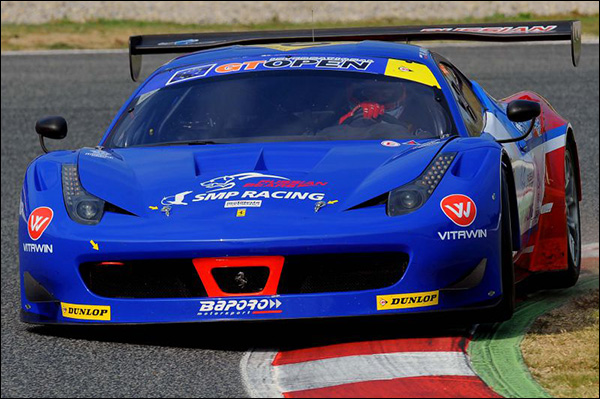 A further attempt at the T10 hairpin on lap 31 saw Mavlanov outbrake himself and Sijthoff maintain the place again. The Russian finally made a move that stuck on lap 32 – at which point Schirro was 10 seconds up the road and beyond catching. Sijthoff would stay in third until the end.

In GTS, Patel overhauled Sdanewitsch during the second half of the race to come home second in class and fifth overall behind the class-winning Balfe Motorsport Ferrari. 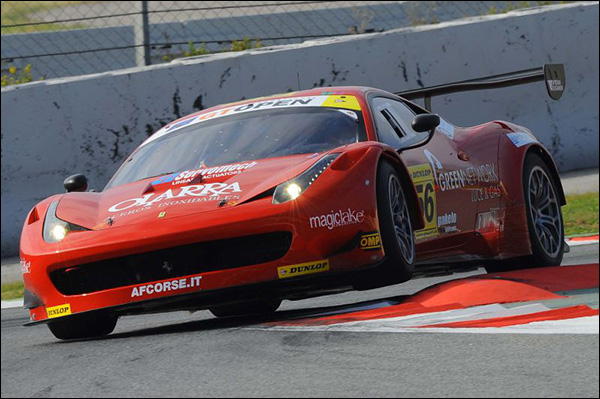 Further back, Roda in the #56 Ferrari could only manage a fifth-in-class finish, just in front of his principal GTS-class championship rival Jose-Maria Perez-Aicart in the #61 SMP Racing Ferrari.

That result means Roda lies just 10 points ahead of Aicart going into Sunday’s race – and with more class victories in the bag so far this season, a 10-point haul by Aicart with Roda failing to score would be enough to give him the championship.

The Super GT result puts Montermini and Schirro just a single point ahead of Zampieri and Mavlanov going into Sunday’s race, with Nicky Pastorelli and Miguel Ramos 15 points behind and still in with an outside shot – as well as no pit handicap to contend with.