North Carolina based constructor Coyote Cars recently secured its first championship with its Daytona Prototype chassis, yet with the TUDOR United SportsCar Championship set to park its DPs in favor of P2s at the end of the 2016 seasonthey face an uncertain future.

Coyote’s specialty has centered on the production of tubeframe DPs, making the switch to manufacturing 2017-spec carbon-fiber P2 coupes a tall but necessary order in order to stay in business. 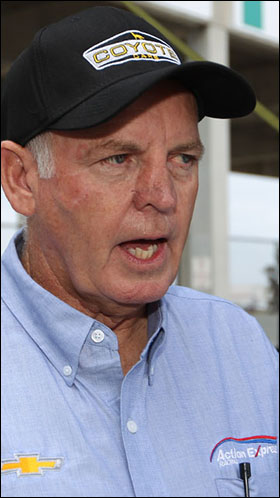 According to Gary Nelson, who runs Coyote along with the Action Express Racing team, having a bespoke P2 chassis for AXR to use is also a significant point of interest under consideration.

“We were just discussing our championship this year with Action Express and the Coyote chassis, and I really believe we benefited from the fact that we built the chassis ourselves in our building,” Nelson told Marshall Pruett. “We built every tube, every suspension part, everything was built in-house. There’s not another team that can say that, in recent history, anyway, that built their own cars from the ground up and won races and championships.”

“I believe there is a strength that we at Coyote should take advantage of in 2017 when the new rules that will come out. What we have to do is find the funding to do that. For us it’s a wholesale retool of our whole system. For others who are currently in that (carbon-fiber) format it is an upgrade to their tooling. For us it’s all new tooling.”

Both of the companies Nelson looks after are privately funded, and with the clock winding down on the DP era, interest from potential Coyote P2 customers would likely result in their DP-to-P2 manufacturing conversion happening on a shorter timeline.

Three of the six full-time DP entries used Coyote’s Corvette DP in 2014, and with AXR expanding to run 2 cars next season, it’s possible Coyote could look to its current clientele to purchase P2s. 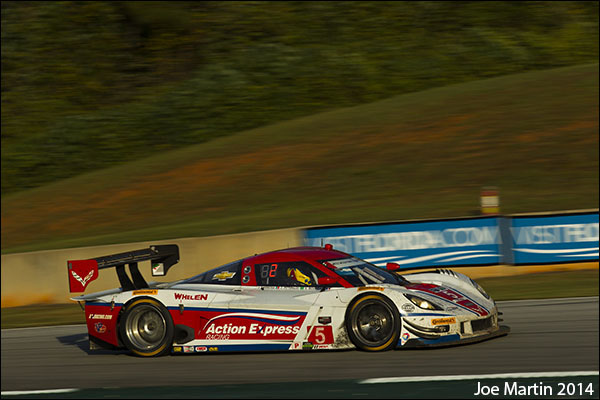 “Coming off of the 2014 season where we tooled up and designed a whole new DP body in conjunction with the UK’s Delta Engineering, with hopes of getting that on the track, we know the time it takes to get a new vehicle project moving, and looking at it, there are at most 20 races remaining with the DPs,” Nelson explained.

“10 races on the schedule for 2015 and then maybe 10 more in 2016. It’s really hard to find somebody who is going to invest in the Coyote DP platform with the knowledge of where the series is headed.”

“Now we have to see if we can find the funding because we would very much love to throw our hat in the ring as a P2 car supplier,” Nelson continued. “To win in IMSA, in America–you’re at the highest level of sports car racing in the country. Coyote has just finished a year of doing that, and we are going into ’15 and ’16 with those same expectations. We would love to go into ’17 with whatever that 2017 platform is.”

Coyote’s long relationship with England’s Delta Motorsport could play a factor if a P2 program moves forward. After taking over FABCAR’s license to build DPs, Coyote has relied on Delta for a number of design projects, including a brand-new body for the 2014 season that has yet to break cover. Beyond design assistance, Nelson says a Coyote P2 would be manufactured in America.

“We have a great network with the folks at Delta Motorsport and we want to continue to work with those folks any chance we can,” he confirmed. “But from a manufacturing standpoint, producing racecars in America has got to be an advantage for somebody who is racing cars in America. When we look at the landscape of 2017 and beyond, we were able to manage our distractions better by building everything here.

“I think the championships in America, if I had a crystal ball, and who knows what 2017 is going to look like, but from 2017 and beyond, the champion teams will come from cars built in America. I believe Coyote will be best positioned to be the front runner in that competition.”

Provided Coyote moves into the packed marketplace for P2 manufacturers, its product would be eligible for use in the WEC and at the 24 Hours of Le Mans, which Nelson says they’d support.

“P2 is a popular class in Europe, and, and if people are interested in a P2 from us, we’d be happy to talk with them,” he said.