When I found out I’d be making the trip to Azerbaijan to experience and cover the finale of the 2014 Blancpain Sprint Series, I felt an immediate buzz, not only would I be visiting a street circuit for the first time, but also a new country, in a part of the world I had yet to visit. I returned home without any disappointments.

From the moment I stepped foot in the city of Baku, I felt how different it was. There’s still plenty of evidence left from the period which Azerbaijan was part of the Soviet Union between 1920 and 1991. The old city holds an almost rustic and shanty charm, providing a stark contrast when sitting aside the many new developments that the other side of the city is being subject to.

Hosting the Eurovision Song Contest, the 2015 European Athletics, an imminent F1 Grand Prix and some UEFA Euro Tournament football games in the future are proof that there’s money flowing into the city, and very quickly.

Many people I spoke with claimed that there was a noticeable difference to the city since last year’s edition of the Baku World Challenge. More stadiums, shops, buildings and hotels. Everywhere you look, something new is popping up, who knows what the place will look like in a further 10 years time? 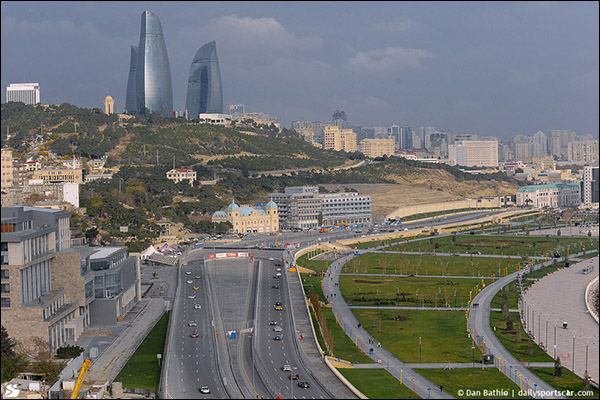 There were a ton of Lada Rivas still littering the streets – I cannot believe there are that many still functioning to be honest. On the other end of the spectrum, there’s a noticeable market for high-priced machinery too. From just a four day trip, I could see a clear social divide between the top and bottom, with a huge void in between. It’s not uncommon for a newly industrialised city to have such character. It added to the atmosphere, and spirit of the event, especially in the vicinity of the circuit.

The people of Azerbaijan are noticeably proud, as it was hard to go any length of time without seeing the national Üçrəngli bayraq flag, which represents their rich Turkic heritage. The flag square towering over the paddock is a sight to behold, as well as the myriad of buildings which lit up in colours matching the tricolour. By night the area surrounding the track is full of colour, with so much modern architecture making use of creative lighting to define the newly constructed skyline. I do think a night race would have been the perfect way to bookend such a fascinating year of Blancpain GT racing. 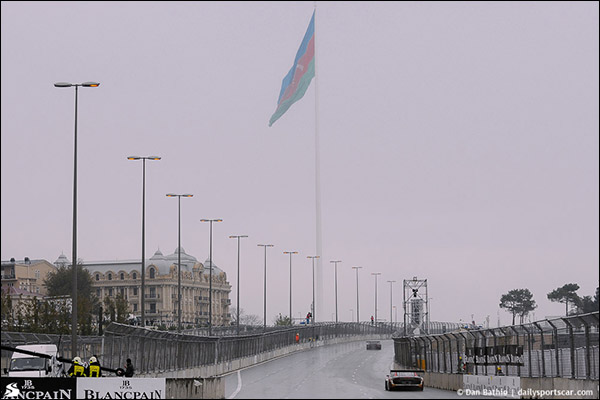 In terms of the course itself, it was a mixed bag. Some loved it, like Boutsen Ginion’s Rob Bell who described it as a ‘ballsy track’, while others like WRT Audi’s Réne Rast claimed it was ‘quite dull’. It did make for exciting racing on Sunday though.

The tighter sections complemented the long straights, creating more overtaking opportunities than before, the new chicanes were also noticeably safer than last year. It was the third alteration of the circuit in three years, this one in my opinion was the best of the trio. Another spectacular list of GT teams also made the trip, with a lot of newcomers making their Sprint Series debut, it definitely has an appeal. 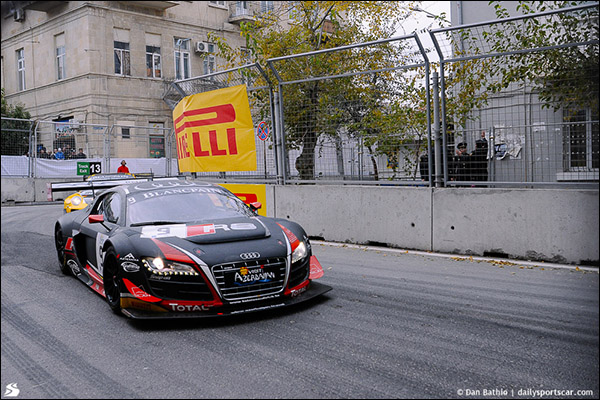 Unfortunately, the only thing lacking was spectators, because there just weren’t enough of them. The parade up to the Heydar Aliyev Government building was a sight to behold, and made for some stunning shots of the cars in the day and night, parked out front of the ‘Center’ before driving back to the circuit. But it remained exclusive to the teams and media. It was quite a distance from the circuit, and would have only benefitted from a coating of fans getting up close and personal to the cars. 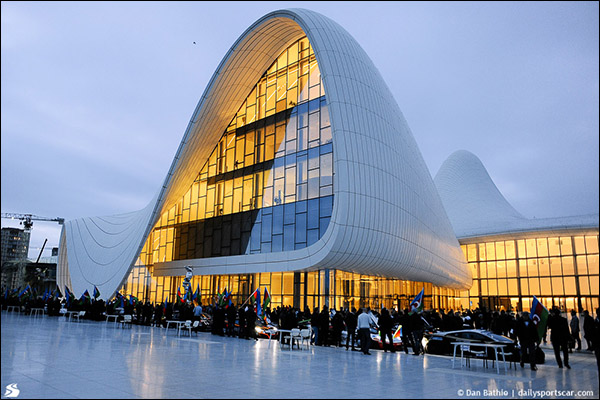 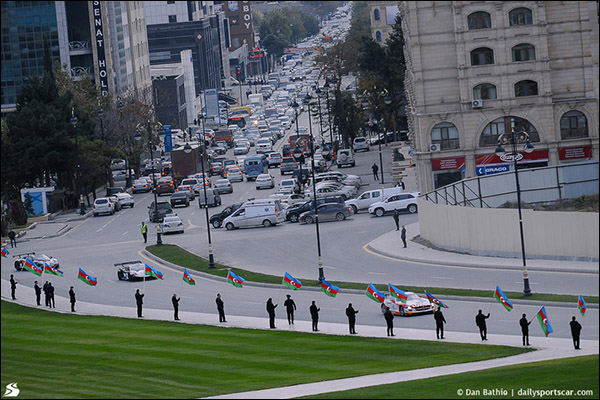 The lack of fandom present also made me wonder whether the F1 demos throughout the weekend were wasted. A great selection of classic cars made the trip, my personal favourite being Ronnie Peterson’s Lotus 79, but not enough people were there to marvel at the sight and sounds of 1970’s F1 cars roaring through the streets, echoing off the nearby buildings. 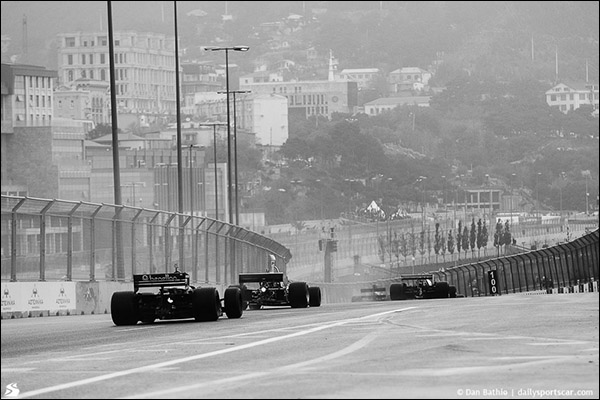 This isn’t to say that the event didn’t feel special overall, because it certainly did. Baku is by no means a household name when you think of cities with racing heritage, but that’s almost why it worked so well as an event. It felt new and fresh, and everyone seemed to enjoy the feeling of being a pioneer, to what will certainly be a place to watch out for in the future.

Did I enjoy my time at Baku? Without question. It was a totally different experience when compared to the European scene which I am fully accustomed to. I enjoyed the sights, sounds and in certain parts of the paddock, even the smells. Scary moments on the coach going too and from the track aside, I wouldn’t hesitate to do it all again.

Racing definitely has a place on the quirky streets in Azerbaijan’s capital, I hope it continues.