V8 Supercars driver Shane Van Gisbergen will return to compete in January’s Rolex 24 At Daytona with Alex Job Racing. The 25-year-old New Zealander was a surprise addition to AJR’s lineup earlier this year at the 52nd running of the Rolex 24, and made quite an impression with his immediate pace in the #22 WeatherTech Porsche entry. 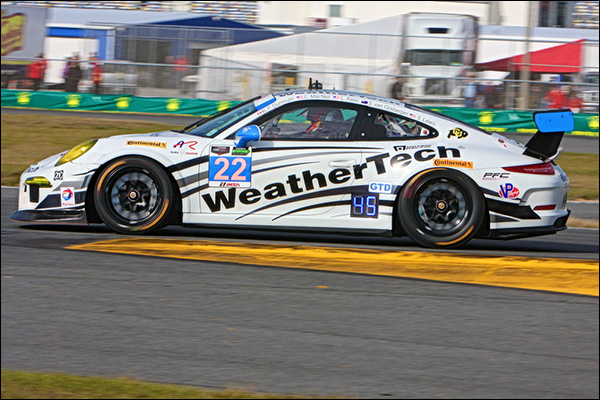 “We haven’t announced all of our cars for next season, but I can confirm Shane will be with us again at Daytona,” Job told Marshal Pruett. “He’s extremely talented and did an awesome job for us last year, that’s why we’re bringing him back next year. He fit right in, and we’re very happy to have someone of his calibre in the team.”

The Tekno Autosports driver is set to wrap up one of his best V8 Supercars season to date. Van Gisbergen holds a solid fourth in the championship behind newly-crowned champion Jamie Whincup, Mark Winterbottom and Craig Lowndes, and could overtake Lowndes for third at the V8 season finale Dec. 6-7 in Homebush.

Van Gisbergen shared the #22 with Cooper MacNeil, Leh Keen, L.P. Dumoulin and Shane Lewis, finishing eighth in GT Daytona, and will get his first chance to reunite with the team during the Road Before The 24 test on the 3.56-mile circuit held Jan. 9-11.